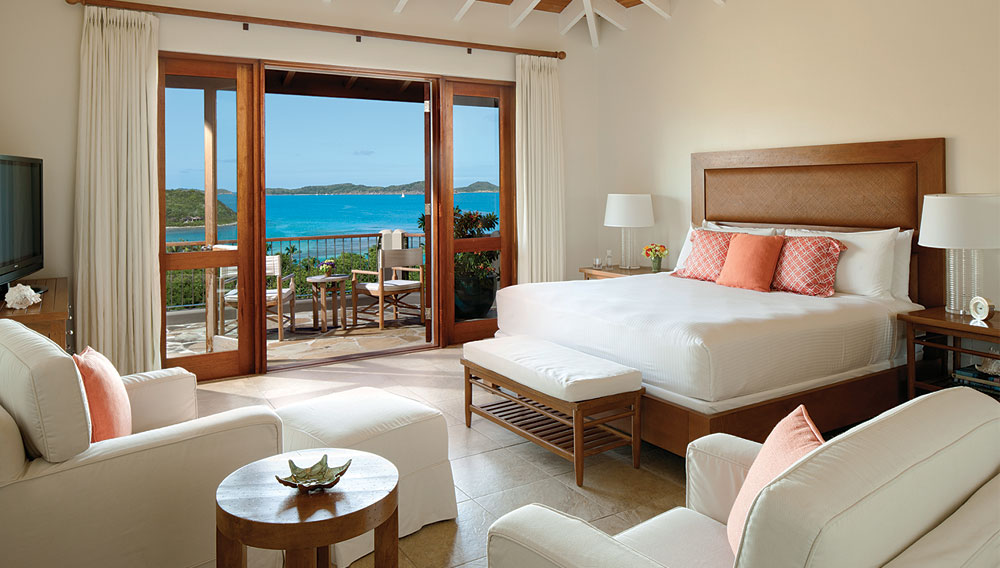 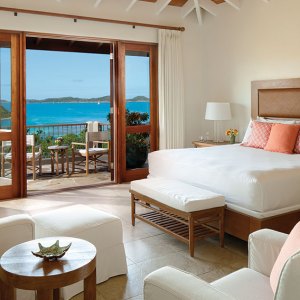 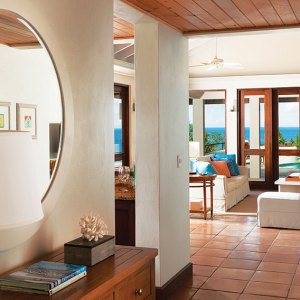 Rosewood Little Dix Bay is nestled along a half-mile-long, crescent-shaped strip of sand that is often hailed as one of the best beaches in the world. Celebrating its 50th anniversary this year, the Virgin Gorda resort was built by Laurance S. Rockefeller, who began buying land on the 8.5-square-mile island in 1958 and opened the property to much fanfare a few years later. Long considered one of the Caribbean’s top resorts, Little Dix Bay became part of the Rosewood Hotels & Resorts portfolio in 1993, and in 2008 it underwent a massive renovation that included adding an approximately 3,000-square-foot spa, two beach houses, and a children’s center.

The resort is also home to five villas that range from 3,500 square feet to more than 4,000 square feet. The homes feature panoramic bay views, private pools, wraparound terraces, flat-screen televisions in every room, and more. Currently one of the villas is for sale: a four-bedroom, four-bath, 3,996-square-foot, two-story residence that is being offered for $4.2 million.

Homeowners at Little Dix Bay enjoy all the perks and amenities of the resort, as well as complimentary services such as round-trip Virgin Gorda airport transfers, two golf carts per villa, and water-taxi shuttles to various islands. The resort can arrange for butlers, housekeepers, and, for an additional cost, in-villa chefs.

This Historic Frank Lloyd Wright Home in LA Is a Designated Cultural Monument. It Can Be Yours for $4.25 Million.