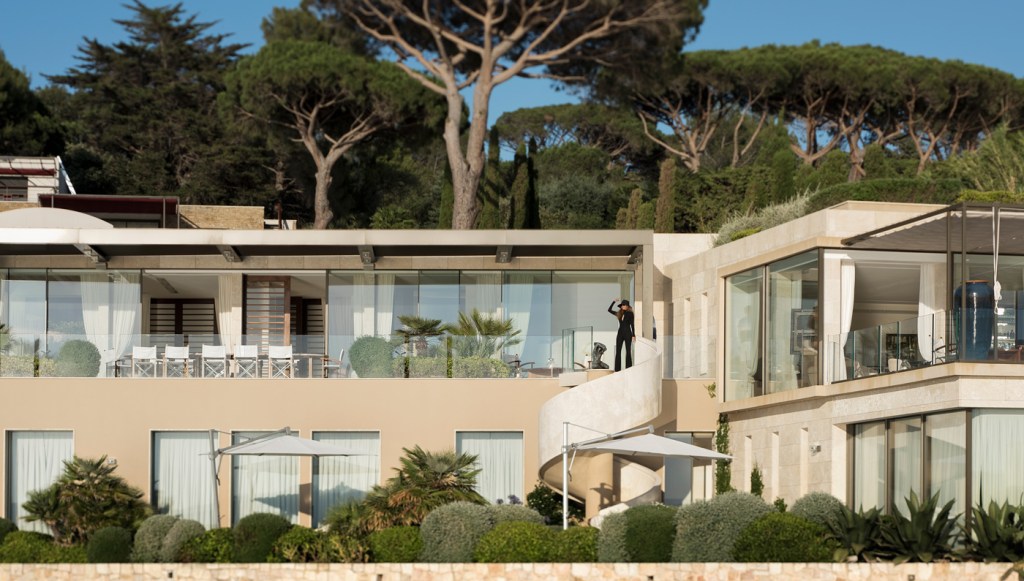 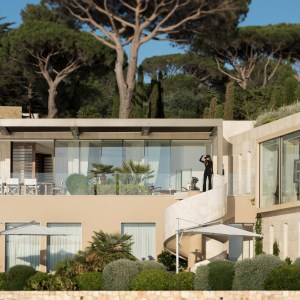 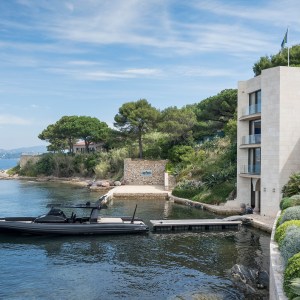 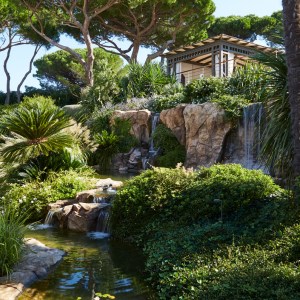 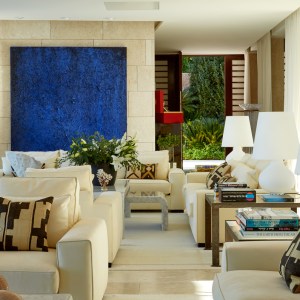 Located at the water’s edge in Saint-Tropez, Villa Octopussy is an ultra-private estate worthy of a Bond villain. Residents can fly directly to the 1.2-acre estate by helicopter and land on the helipad, or pull discreetly into the private port that passes under the house to a garage with room for three runabouts. Come by car and you will check in with a 24-hour security detail at the entrance to Les Parcs de Saint-Tropez, an exclusive complex that houses the lavish lair along with around 300 other French Riviera villas.

Baron Fritz von Opel built the stunning villa and boat garage in 1956 so he could dock his boat right by his residence. In 2015, a French businessman and wine tycoon oversaw the restoration and modernization of the villa and garage. He renamed the nine-bedroom, 10,763-square-foot estate Villa Octopussy, a modern take on the Bond villain’s memorable floating palace from the 1983 007 film Octopussy. Octopussy, an infamous international jewel smuggler, encountered Bond in her all-white villa after he snuck in disguised by a miniature crocodile submarine. The Saint-Tropez residence appears to be floating atop one of its two swimming pools, much like Octopussy’s house seemingly hovered on the lake in Udaipur, India.

The pool overflows into a network of waterfalls, streams, and koi ponds. A distinctive outdoor spiral staircase connects the two-story house, and a rooftop pavilion crowns an attached four-story tower located above the boat garage. Exotic gardens and pine trees overlook the picturesque, presumably crocodile submarine-free Bay of Canebiers. The secret hideaway is currently for sale—price upon request. (sothebyshomes.com)