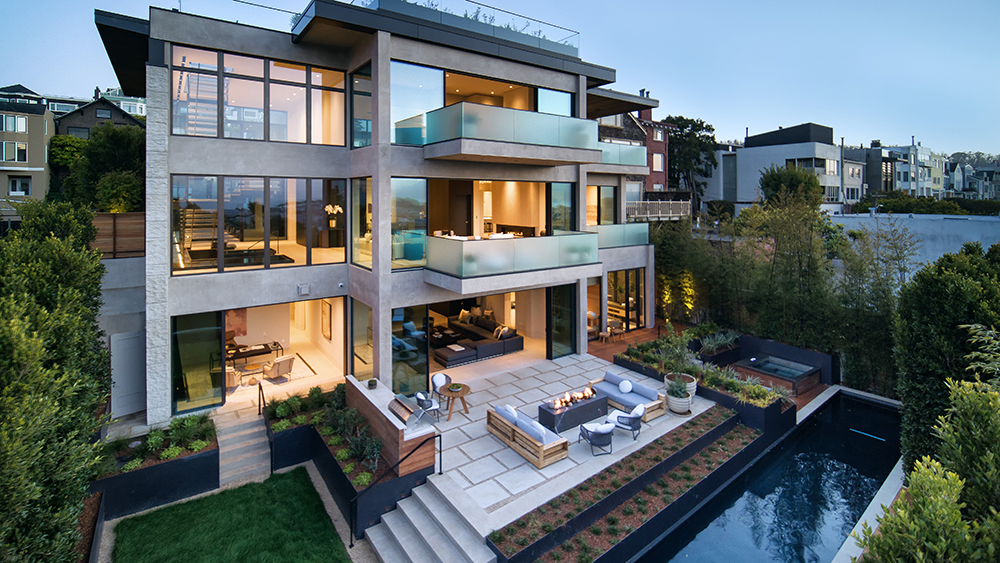 San Francisco may have suffered painful population loss during 2020, but the city’s luxury real-estate market is now rolling back in like fog from the Bay. Sales and prices of expensive homes are shooting up, and one particularly confident high-end developer just put a spec house in Cow Hollow on the market for $46 million.

If achieved, that would be one of the priciest sales ever in San Francisco, which has one of America’s highest rates of income inequality and lost 4 percent of its population in May, according to a migration report from the analytics firm Placer.ai.

Despite these strong headwinds, Neal Ward, the listing agent for 2582 Filbert Street, a six-bedroom, new-build mansion on a triple-wide lot, is bullish about the city’s prospects. “After a very uncertain 2020, the 2021 market kicked into full steam in March in ways we have never experienced nor expected,” he told Robb Report. “What made San Francisco and Silicon Valley wonderful environments to reside in is now coming back to life after a sleepy Covid, and the pulse of the city has never felt stronger.”

The main living room area spills into the backyard if the owner desires.  Photo: Jacob Elliott

Departing “families and influencers,” he said, have been replaced by “a tremendous number of new upstarts [who] have been extremely successful.” Prices are supported, he said, by San Francisco’s “limited geography and available properties.” The $46 million price tag, he says, is not as uncommon as it appears. “While other properties exist at even much higher price points, they are not for sale or not publicly marketed.”

A recent report by Compass supports Ward’s optimism. Sales of homes with four or more bedrooms rose by 22 percent year-over-year, while the median sales price of a house in Pacific Heights, round the corner from 2582 Filbert Street, has risen to a new high of $6.75 million in the year to date (though there have only been 16 sales, so tight is the supply.)

A living area at 2582 Filbert opens onto a deck with a fireplace inside and out.  Photo: Jacob Elliott

The 12,200-square-foot house is on three levels, with each floor measuring about 4,000 square feet. The home is an emblem for biophilic design, a new trend where a home is built to prioritize natural materials, light, ventilation and technology to filter air and water. This space has a cornucopia of energy-saving and wellness-enhancing fixtures: solar panels, toxin-free paints, triple-pane windows and doors, rainwater harvesting and a MERV-13 air-filtration system that changes the internal air nine times a day.

Another living room at 2582 Filbert with an indoor fireplace.  Photo: Jacob Elliott

Outside, a small but very manicured rear garden has a stone patio, lawn, outdoor kitchen and evergreen perimeter planting, to hide from the neighbors. Upper floors also open onto terraces, while the roof is topped by an outdoor lounge with views across the bay from the Golden Gate Bridge to Alcatraz.

The roof deck has stunning views of the city and yet another fire pit.  Photo: Jacob Elliott

The look, according to the home’s developer, Gregory Malin, CEO of Troon Pacific, is “San Francisco meets Los Angeles. It’s unheard of to have an open, airy, modern, newly-constructed home on such an expansive piece of land in San Francisco.”

Ward is even more effusive: “The residence is one of the most rare and epic properties San Francisco has ever seen in current times or may ever see again.”

Check out more photos of the spec house below: