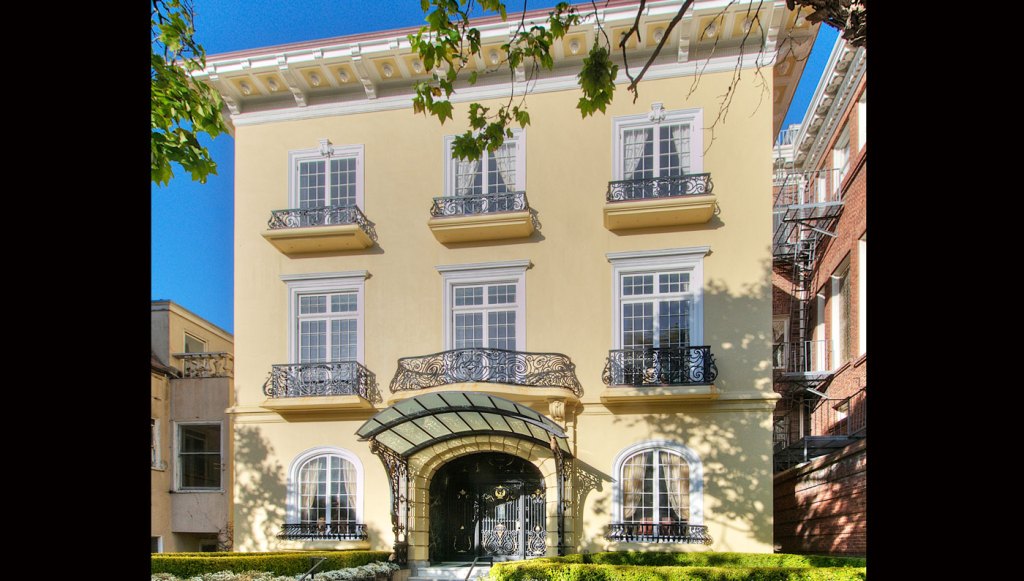 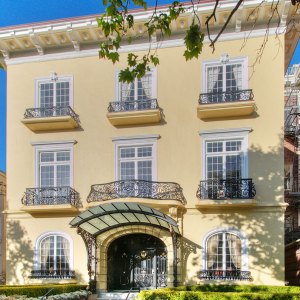 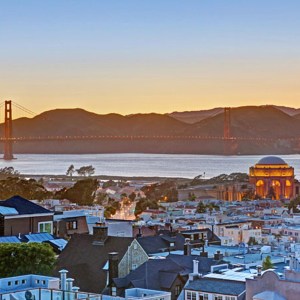 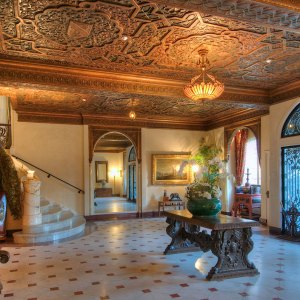 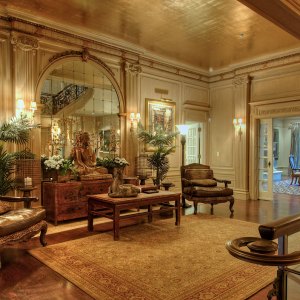 With a history as rich and evocative as the Bay Area itself, the 1905 Italianate-style Cow Hollow mansion at 2820 Scott Street in San Francisco is packed with character and steeped in old-world luxury. For almost 100 years it was known as the Pink Palace—a reference to the home’s pink exterior—until it was purchased in 2004 and painted its current yellow.

Ornate fixtures and bronze work were added in 1914 when the owner was anticipating the arrival of Queen Marie of Romania. However, the royal never arrived, due to the outbreak of World War I, and it was later assumed by the locals that the story may have been made up when the owner was later often seen in lavish costumes and referred to herself as “Princess.” Then, in 1951, the house was sold to a couple who carved out 23 guest rooms for rent to the wealthy, much like today’s Airbnb. (One of the tenants, destined to be a California governor, was Jerry Brown, who resided there in his early hippie days.) The new owners embraced the Gatsby philosophy of partying. The parties were so enjoyed by the residents that they funded them and frolicked weekly for 15 years until the neighbors finally complained and the threat of a city inspection had the house up for sale once again.

Want to Cruise the OC? This $40 Million Newport Beach Home Has a 20-Car Garage