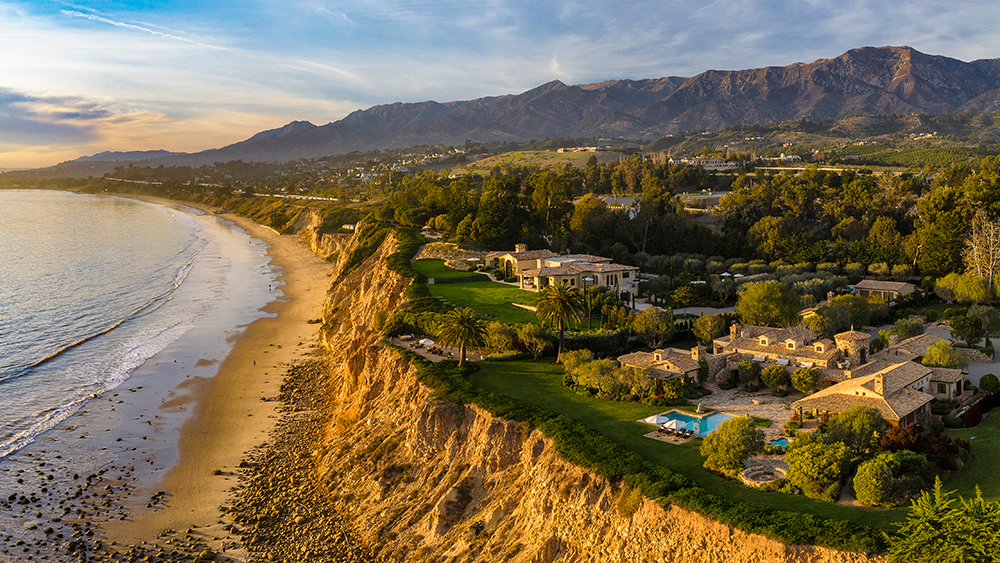 One of the largest and most expensive properties in California has just listed for a jaw-dropping $160 million. Dubbed the Sanctuary, the offering is made up of five individual land parcels and has two separate 8,000-square-foot homes.

It’s being shopped by Bruce Kovner, a hedge funder and philanthropist who bought a few acres of land in the area in 2007 and has been slowly assembling the now-22-acre property ever since. He’s spent about $110 million on these acquisitions, according to The Wall Street Journal. The process took around 14 years.

One of two 8,000-square-foot homes on the property  Jim Bartsch

One of the estate’s biggest advantages is its location, as it’s situated right on the Santa Barbara coast with spectacular views of the water and the surrounding mountains. Big, open windows throughout both of the homes (plus the guest house) take full advantage of these vistas.

Outside there’s a pool and adjoining cabana, plus a rose garden and a citrus grove. All of the disparate land parcels are connected by a road, and there’s private beach access as well.

But one of the biggest perks of the Sanctuary isn’t so much what is on the property, but what isn’t. Three out of the five land parcels are largely undeveloped, and the future owner can build additional homes there—or add even more rose gardens, if that’s their thing.

Those who don’t want to totally splurge can break the property up too. One of the homes can be bought separately for $80 million; you’ll even get 10 acres of land with purchase.

If it does sell close to asking, it will be one of the priciest transactions in California (and the larger US) ever. The only one that’s higher is Jeff Bezos’s purchase of the Warner Estate for $165 million last year.

So why is Kovner parting with it? He and his wife are spending more and more time on the East Coast, which means their California digs have been largely vacant as of late. It’s hard to argue with all of the work they put into assembling the place, though, and there’s still plenty that you can add to the property, should you snap it up.

Check out more photos of the Sanctuary below:

One of the bedrooms  Jim Bartsch

The property has its own private beach.  Jim Bartsch