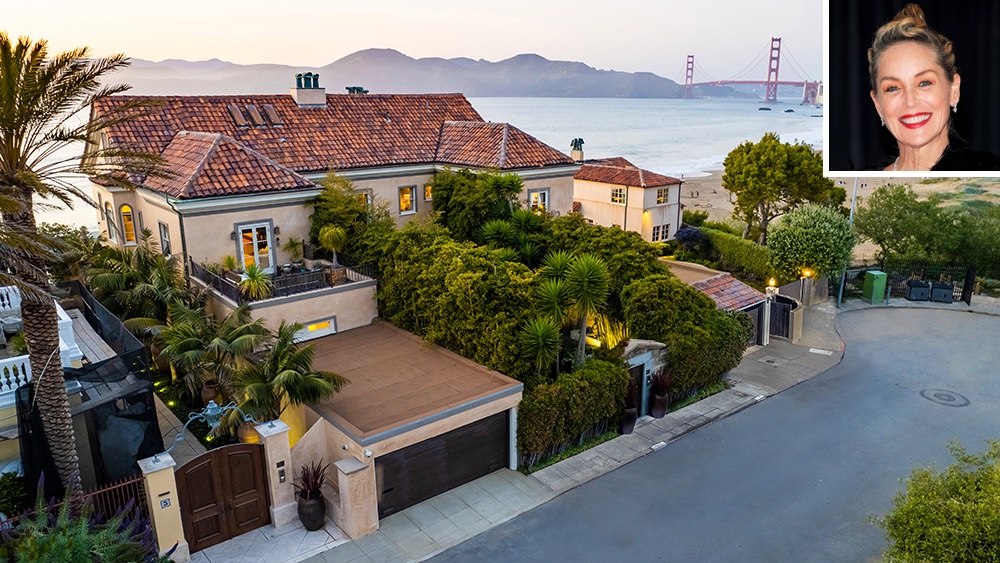 Consider it a basic instinct to want to purchase this home.

A San Francisco mansion that used to belong to Sharon Stone just went on the market for $39 million. Besides its celeb pedigree, the seven-bedroom, eight-bathroom house offers sweeping views of the Pacific Ocean, the Golden Gate Bridge and the Marin Headlands.

“I lived there for 18 years,” Faranak Aliabadi, the current owner, told The Wall Street Journal. “Not once would you see the same sunset.”

Located in the Sea Cliff neighborhood, the three-story house is one of just 25 set on a cliff that overlooks Baker Beach, the listing agent Neal Ward told the WSJ. To take advantage of the view that affords, the home features large windows that look out onto the water. For those seeking to be even closer to the ocean, there’s also direct beach access.

The Italianate-Victorian property was built in the early 1900s, and although parts of the house have been updated, it retains many older details. The gold-foil ceiling, custom fireplaces and dark-wood accents add some heft to the more beachy vibes. That beachside feel is especially evident in the master bedroom, though, which opens out onto a balcony and boasts both dual dressing rooms and bathrooms.

Ocean blue both inside and out  Brian Kitts

Outside, a well-landscaped courtyard adorned with bamboo and palm trees greets guests as they approach the home. The main floor has a terrace, while a second deck can be found above, along with a few additional balconies.

Sharon Stone purchased the house in 1998 with her then-husband, journalist Phil Bronstein. The Sea Cliff area has attracted other notable residents over the years, such as Twitter co-founder Jack Dorsey, businessman Tom Steyer, San Francisco Giants CEO Larry Baer, Gap co-founder Donald Fisher and actor Cheech Marin. So even though Stone may no longer be in the area, the home’s new owner won’t be wanting for interesting neighbors.

Check out more images of the property below.

The courtyard is a wonderful place to lounge.  Brian Kitts