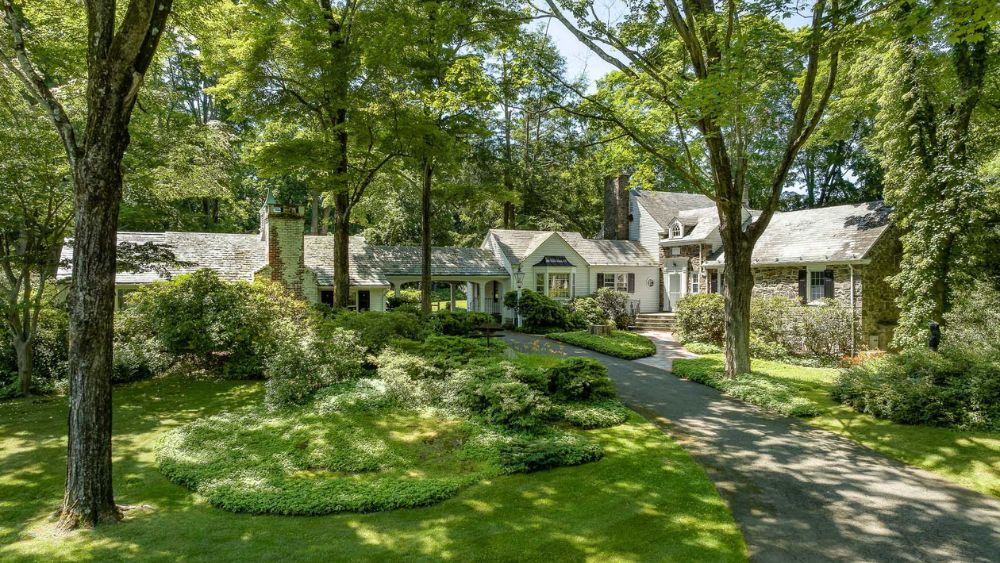 For art collectors Sherry and Joel Mallin, their Westchester compound is a bit like living in a museum. Now, the couple’s prized piece of real estate is up for grabs and surprise, there’s no shortage of space to showcase your artworks.

The Mallin’s longtime residence spans 14 bucolic acres in New York’s exclusive Pound Ridge enclave. Known as Buckthorn, it comprises a whopping eight total structures. There’s everything from a circa 1930s estate to a secondary lake house, not to mention two charming guest cottages, a caretaker’s home and two garages. Also on-site are an in-ground pool, a 9,200-square-foot art barn, along with the property’s artsy pièce de résistance—a sculpture garden that currently holds around 70 pieces. While none of the works are included the $3.4 million asking price, they can be bought—the couple plans to auction off their collection with Sotheby’s starting next year.

“My dream is that there’s this fantasy person who adores art and adores sculpture, who would buy all the sculpture and just let it sit,” Sherry tells Bloomberg in an article published in July. “But I’m also practical. The art will live on, regardless of what we do, because it has a longer lifespan than we do.”

Located just 40 miles outside of New York City and nestled within the woodlands, the Mallin’s compound sits right on the border of the Morgenthau Nature Preserve. As such, the property has rolling lawns, lush gardens, a large sparkling lake and a sprawling 40-tree apple orchard where the two used to host fruit-picking and cider-making parties. “The people before us had done a lot of revision to the land,” Sherry tells Bloomberg. “It was re-contoured and redone, which is why our property is quite different from our neighbors; it’s been rearranged into a beautiful site.”

The stately main house offers up four bedrooms and five bathrooms across its 5,000 square feet. Inside, you’ll find hardwood floors throughout, complemented by arched doorways and a sweeping staircase at the center. Added perks include a wood-paneled library and two swanky wine cellars—one for red and the other for white, naturally. As for the art barn, the couple had that custom-built over two decades ago as a blank canvas for their holdings. It currently has two floors that can be used as an exhibition space, if you wish.

Click here to see all the photos of 60-66 Pound Ridge Rd.