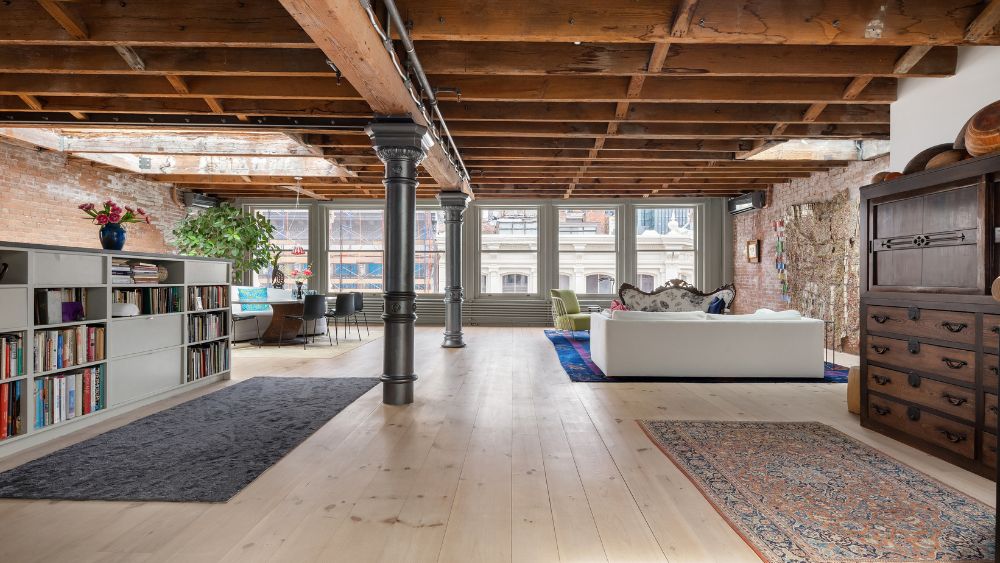 This New York penthouse will appeal to urban gardeners and art lovers alike.

The 19th-century Neo-Grec loft, which was just listed for $6.8 million by Douglas Elliman, consists of two bedrooms, two bathrooms and an enchanted rooftop garden. Perched on Prince Street in Soho, the eclectic home sits at the pinnacle of a five-unit co-op built in 1889 by Richard Berger. It’s at the top when it comes to design, too.

The sixth-floor loft is being offered up by art curator and scholar, Susan Vogel, alongside her partner Kenneth Prewitt, as reported by the New York Post. A true enclave for creative types, the building itself even features a mural painted by artist Richard Haas. Vogel was said to have purchased the abode in the ‘70s for a mere $27,500. Although, back then, the raw space was apparently meant for a freight elevator and outfitted with nothing but radiators. “We had to put down a floor on top of one layer of boards between us and the fifth floor,” a spokesperson for Vogel told the Post.

A penthouse in Soho has just been listed for $6.8 million.  Douglas Elliman

An expansive great room is bathed in natural light, along with the open-plan living and dining areas. Nearby, the gourmet kitchen has everything a home cook could want, from a custom inset butcher block to quarried stone countertops and custom cabinetry. Elsewhere, the primary suite sports a super-sized closet and a spa-like bathroom with a soaking tub, green marble and Moroccan ceramic tile.

The crown jewel is the previously mentioned 1,500-square-foot irrigated rooftop terrace by renowned landscape architect Tyler Horsley. It showcases four cherry trees, beautiful wisteria, evergreen trees and a pergola. Whoever inhabits this arty Soho residence next better have a keen eye for design.

Click here to see all the photos of this Soho penthouse.