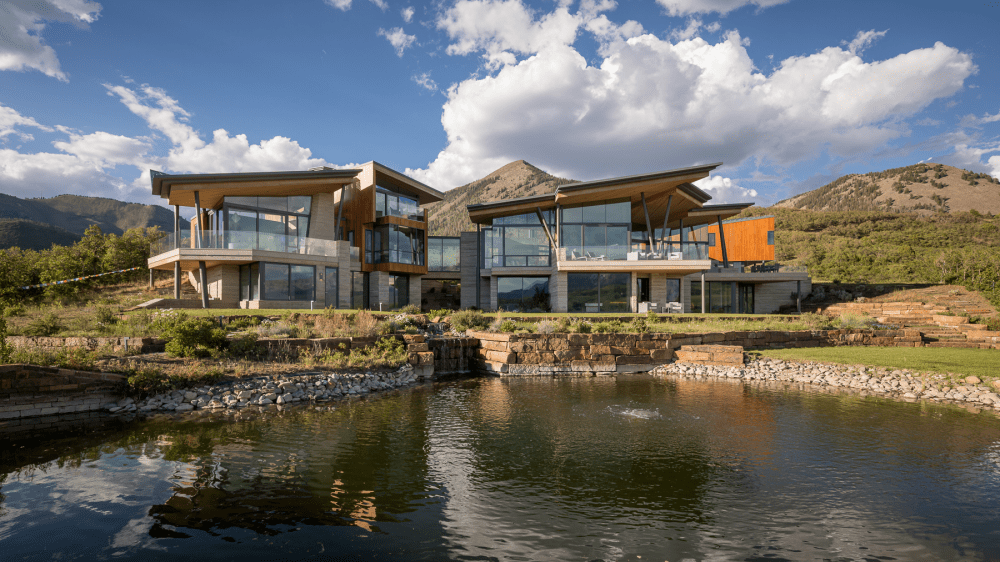 If you’re anything like the most obsessive skiers we know (or are), the second there’s a crispness to the air, you’re sharpening your skis and taking them in for a tune up. Which means you might also be thinking of a slopes-adjacent hideaway. Telluride, a town in the southwest corner of Colorado, has become a magnet for powder hounds, with dollar value of home sales increasing by 54 percent in the month of August, according to The Wall Street Journal. All the more reason to snap up an offering like this 296 Gray Head mansion while you can.

At $24 million, it’s one of the more expensive homes in the area. It’s also a standout architecturally. Unlike many other ski outposts, it doesn’t embrace the cabin aesthetic—not even a hint of taxidermy in the staging—instead, it has a clean, contemporary look.

Want to walk the floor yourself? Good news—listing agents Blake Greiner of Douglas Elliman and Katja Rapaport of Rapaport Real Estate recently showed Robb Report around the place in an episode of “Home Tours” on Instagram Live:

We're heading to Colorado for a tour of a modern Telluride home courtesy of @blakegreiner_ and @katjalove.

Poss Architecture, who built the place in 2014, modeled the façade after the surrounding mountains’ jagged peaks, mountains that you’ll be able to see pretty well from the great room, which also looks out onto the property’s trout pond and the San Juan range beyond.

In fact, you’d be hard-pressed to find a room in the house that doesn’t enjoy gorgeous views of the peaks and mesas. They’re your only neighbors, really, as the home sits on a 35-acre parcel of land that is incredibly private.

The mansion itself is just shy of 12,000 square feet and has eight beds and eight baths. Architecturally it has more quirks than just its mountain-inspired façade: It’s also shaped like a crescent, and a glass walkway connects the primary suite to the main home. Downstairs is a bar and game room space, upstairs is a home office and on the main level is a walkway that leads to the trout pond, which has its own outdoor entertainment area. And, while you’ll certainly feel far away from it all while here, jetting back to the big city is easy, as Telluride Airport is only six miles away.

So, if you plan on hitting the slopes this season, then the time is now to pick up some new digs near a resort. In the wise words of one off-air HBO show, winter is coming.

Check out more photos of 296 Gray Head, below:

One of the eight bedrooms.  Douglas Elliman

The primary bedroom wing, which is connected to the main house via a glass walkway.  Douglas Elliman