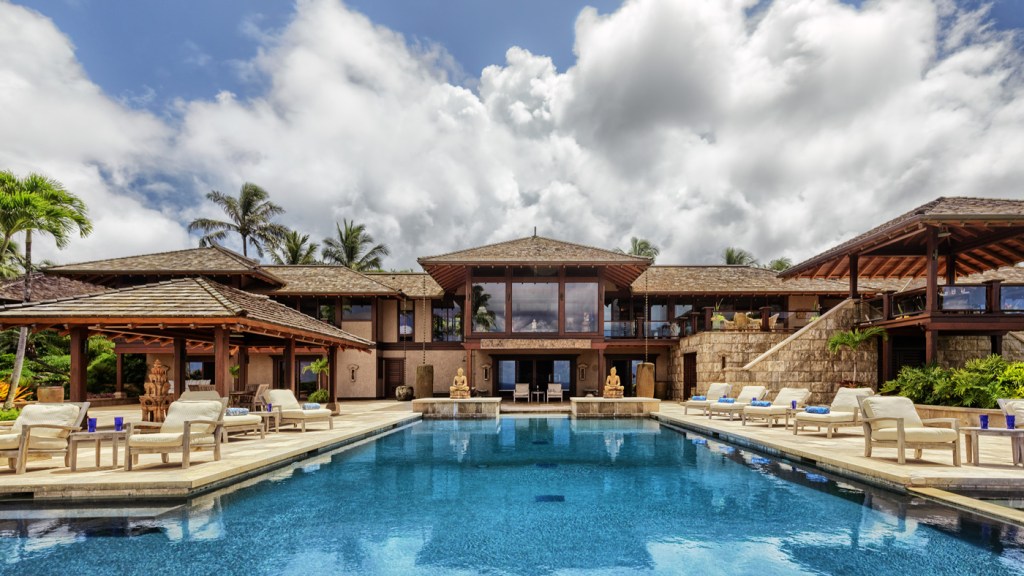 Last May, the former head of Morgan Stanley’s Asia Pacific operations listed a show-stopping residence on Kauai’s North Shore for $70 million, making it the most expensive home on the market in Hawaii. The lavish lair has officially sold for $46.1 million—far less than its asking price, yet still enough to set a record as the priciest single-family home ever sold in the state.

The 15.3-acre waterfront property, which is known as Hale ‘Ae Kai, is located near the small, picturesque town of Kilauea. The home’s bluff-top location offers sweeping views of sandy white beaches, a historic lighthouse, and volcanic mountains. Private steps lead to the sugary beachfront, where residents and guests can sunbathe or swim to their hearts’ content.

The main house offers over 10,000 square feet of living space spread out across four separate pavilions. The central pavilion comes with a gourmet kitchen, living room, dining room, office, and a bedroom with a king-sized bed and bath. Every room in the central pavilion opens to covered lanais with views of the ocean. A media room, gym, and full bar that services the swimming pool are located on the lower level. Designed as a sumptuous escape, the 1,100-square-foot master bedroom pavilion is outfitted with indoor and outdoor showers, a lanai, a bar, and a dressing room. Outside, more than 8,000 square feet of lanais, pools, and decks unfurl. The grounds also include a two-bedroom caretaker’s unit.