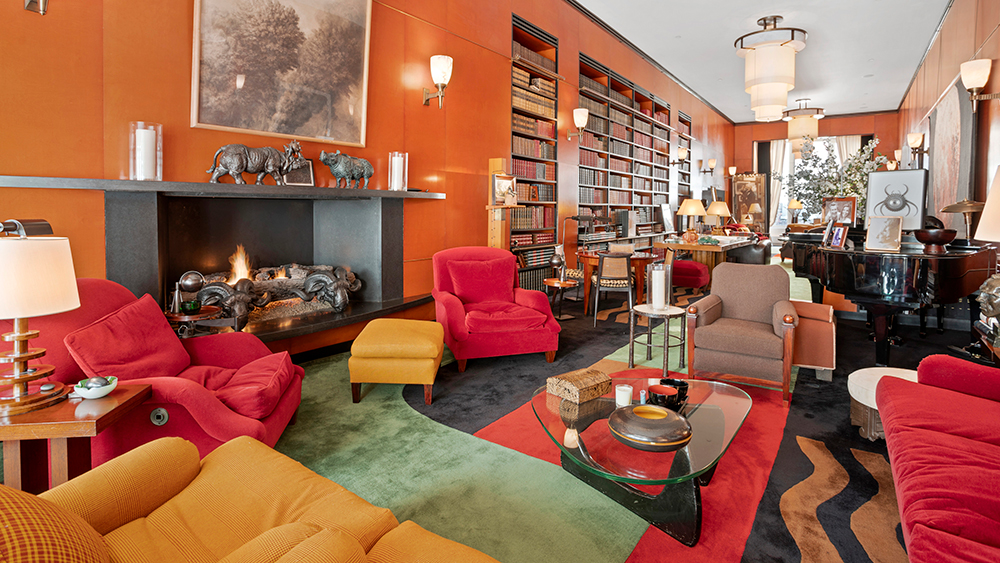 Architect Thierry Despont has worked on homes for the likes of Bill Gates and Calvin Klein—in addition to crafting iconic hotels and even leading the restoration of the Statue of Liberty—so owning a Despont-designed residence certainly comes with a fair amount of bragging rights, as he’s one of the most sought-after names in the biz. Those looking for an abode with the French interior designer’s name attached won’t have to look far now, though, as he’s just listed his own Tribeca townhouse for $25 million.

The home was built back in 1915; Despont purchased it 25 years ago. Its location was likely part of the appeal, as it’s just one block away from the architect’s offices. It’s a 10,000-square-foot mansion altogether, with four beds, four baths and two half-baths.

Another view of the living room  Photo: Michael Lorber/Douglas Elliman

Obviously, given Despont’s background, he put his own spin on the place. The living room interiors stand out the most in the photographs, blending bright reds, oranges and yellows with more neutral brown tones to create aesthetic harmony. Whoever purchases the home next can use this look as a blueprint or make something entirely different.

The main dining room, for instance, can be converted into a large game room where guests can pop in and play a round of pool. Despont set up part of the first floor to be a sort of artist’s studio, but families can repurpose the space and make it into a children’s playroom. An elevator connects all of the five floors, so you won’t be stuck taking the stairs every time.

Upstairs, the primary suite takes up the entire third floor. One of its biggest perks is the primary bath, which is completely clad in marble. There’s a dressing room and plenty of closet space included, as well. But what’s most worth seeing, especially for guests, is the uppermost floor, which is a great room designed for lavish parties.

And if this particular listing happens to get snapped up, no worries—another home designed by Despont listed earlier this year on the Upper East Side and has just been reduced from $63 million to $61 million. That one even has a pool.

Check out more photos of the Tribeca residence below: