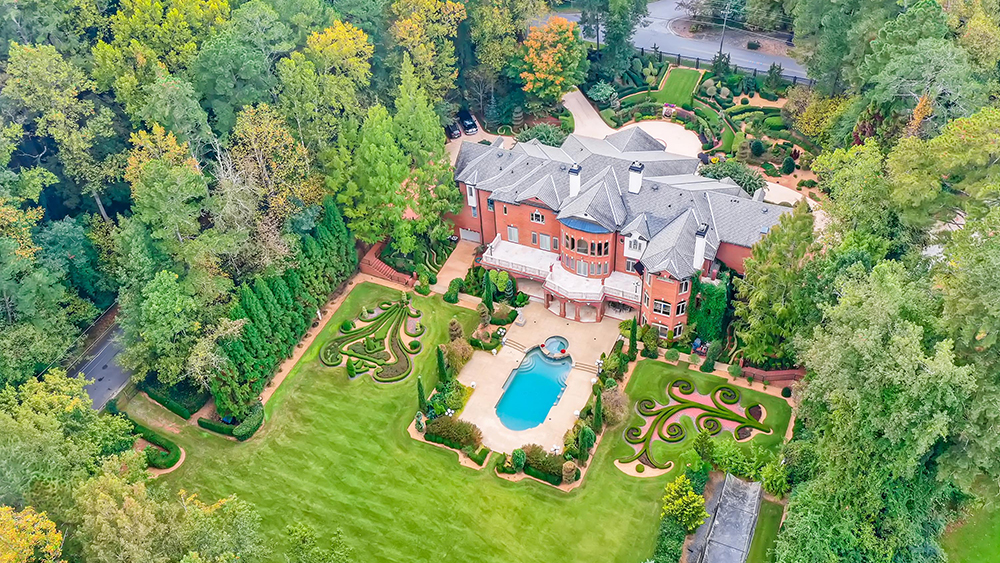 For the American traveler (remember travel?) in Europe, a stay in a French chateau can sometimes fall short of the fantasy. Beds are small, bathrooms are shared, there is no elevator and certainly nothing as vulgar as air conditioning. Long before the pandemic stopped us hopping over the pond, one Georgia developer decided to dispense with this disappointing dose of reality by creating his very own “French” palace in America: Chateau de l’Imaginaire, which translates as the “fantasy castle.” He built it in Buckhead, an affluent Atlanta suburb.

The faux-chateau, which is listed with Coldwell Banker Realty for $4.5 million, is to be auctioned online via Concierge Auctions, starting at 4pm EST on November 17, for 48 hours. The reserve price is $2.7 million.

The house is about as authentically French as Cinderella’s castle in Disneyland, which is appropriate, as it’s currently owned by Scott Hostetler, a landscape designer best known for his work at the Hong Kong Disneyland Hotel. But it is reassuringly American in its creature comforts—not lumpy single bed on the premises. And you can certainly live out any Disney princess fantasies you’ve long been harboring here.

Built in 1998 by three-time Super Bowl champion Steve Wallace, the house has often been used as a filming location for TV networks and as a backdrop for music videos. The mansion, which sprawls over 16,384 square feet, has eight bedrooms and 13 (count them) bathrooms, and is being sold furnished. A video at ConciergeAuctions.com shows a riot of columns, gilt, vast expanses of wood panelling, statuary, flouncy valances, four-poster beds, chandeliers (as well as spotlights), ornamental rococo-style chairs and a lot of thickly veined marble. TVs are framed by elaborate cabinetry, while gas fires are topped by elaborate stone mantlepieces. It’s a party house for the flamboyant of soul. Minimalists and Marie Kondo devotees need not apply.

Amenities include a two-story ballroom, two kitchens, a lavish dressing room, a kids’ playroom with animal murals, a billiards room, cinema and saltwater pool. But perhaps the most over-the-top part of this fantasy estate is the surrounding grounds, which contain a six-car garage and 25-car motor court. The rest of the two acres froth with exuberant topiary coaxed into whimsical formations. For the right homeowner, it’s a little slice of Euro Disney.