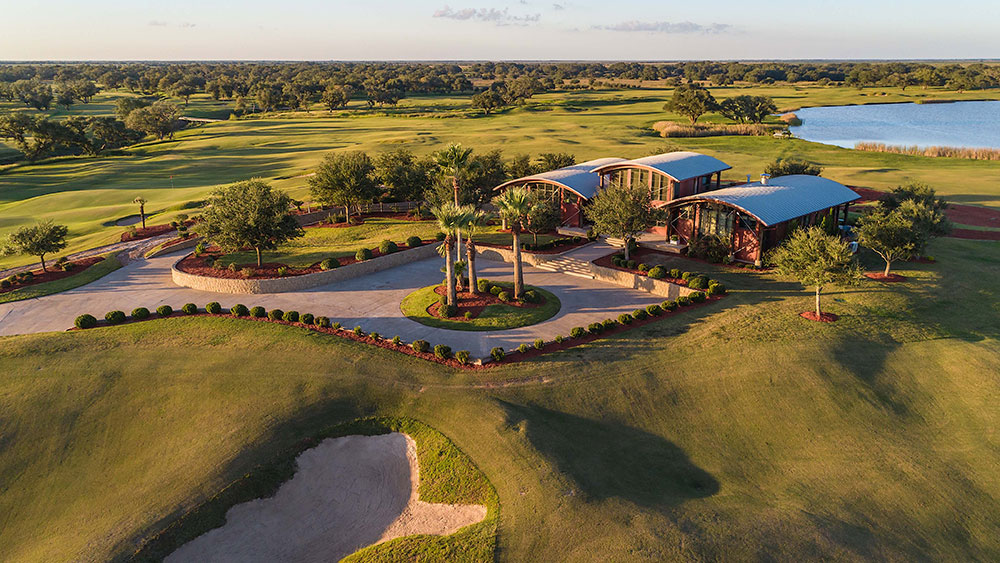 Al Stanger had a dream: to play golf every day of his life. So he built his own private, world-class 18-holes on his 1,688-acre Texas Gulf Coast ranch and did just that—he played every day, usually just himself and a buddy.

Designed by course architects Mike Nuzzo and Don Mahaffey, the links at Stanger’s Wolf Point Club have been ranked among the top 150 in the world and, with its seaside location, earned the nickname “the St. Andrews of Texas.” But it was always private, and it’s been played by fewer than 200 people since its completion in 2008.

Now, three years after Stanger’s death at age 79 following a fall, Wolf Point Club is heading to auction, at no reserve. Concierge Auctions will open bidding on February 24, culminating in a live auction in Dubai on February 27.

“This is a rare opportunity to own one of the most exclusive golf courses in America with amenities that are beyond remarkable,” says Rick Doak, a broker with Republic Ranches, which previously had the property listed for $11.5 million.

As for those amenities, they include a private 5,000-foot paved runway (long enough to land a Boeing 737), along with a 13,000-square-foot, climate-controlled hangar.  According to Doak, Stanger’s passion for golf was exceeded only by his wife Dianna’s passion for flying.

Open the hangar doors and chances are you’ll still see her impressive collection of aircraft—including her six-seat Beechcraft Premier 1A jet, Czech Aero L-39 Albatros trainer jet and vintage 1942 Waco UPF-7 biplane. And no, they’re not part of the sale.

“My late husband and I had a deal. He could only buy me gifts with an engine,” she said in a recent interview.

The Stangers—who  built up Electro-Methods Inc., a jet-engine parts manufacturing company in Connecticut—spared no cost in the construction of the truly private airport. The runway was built to full Texas Department of Transportation specifications, and the immaculate hangar serves up both 100LL and Jet A aviation fuel.

Well away from the runway is the ranch’s main home, a 7,200-square-foot, ultra-modern manse that sits on an elevated plot overlooking a man-made, 12-acre lake and the golf course. The steel-frame building, with three dramatic arched roofs, is constructed to withstand the powerful hurricanes that have been known to rattle this part of the Texas Gulf Coast.

The runway is long enough to land a 737 jet.  Photo: Courtesy of Concierge Auctions

Despite its size, the home has just two en suite bedrooms, with most of the spacious, open-plan living areas laid out beneath vaulted wood ceilings and exposed curved beams.

A commercial-grade kitchen marks the heart of the home with its stainless-steel, stone and wood finishes. Outside there’s a large patio and infinity pool, while beneath the house is an expansive garage with plenty of room for golf carts.

The infinity pool overlooks the lake and links.  Photo: Courtesy of Concierge Auctions

Jump in one and head to Stanger’s favorite hangout: the ranch’s course-side clubhouse. The 2,000-square-foot space includes a cozy bar, card game tables and his and hers locker rooms.

“What’s really special about Wolf Point Club is its location right on Carancahua Bay. There’s over 100 acres right on the water, which makes it a perfect fishing destination,” says Doak.

The camels can be purchased separately.  Photo: Courtesy of Concierge Auctions

One negotiation point with the upcoming sale is likely to be . . . the camels. Dianna Stanger still owns two as pets, and they’re currently hanging out on the property.

“I’m sure they’re negotiable and could be included in a Non-Realty Items Addendum,” he says. “I’d hate for anyone to get the hump thinking they’re included.”