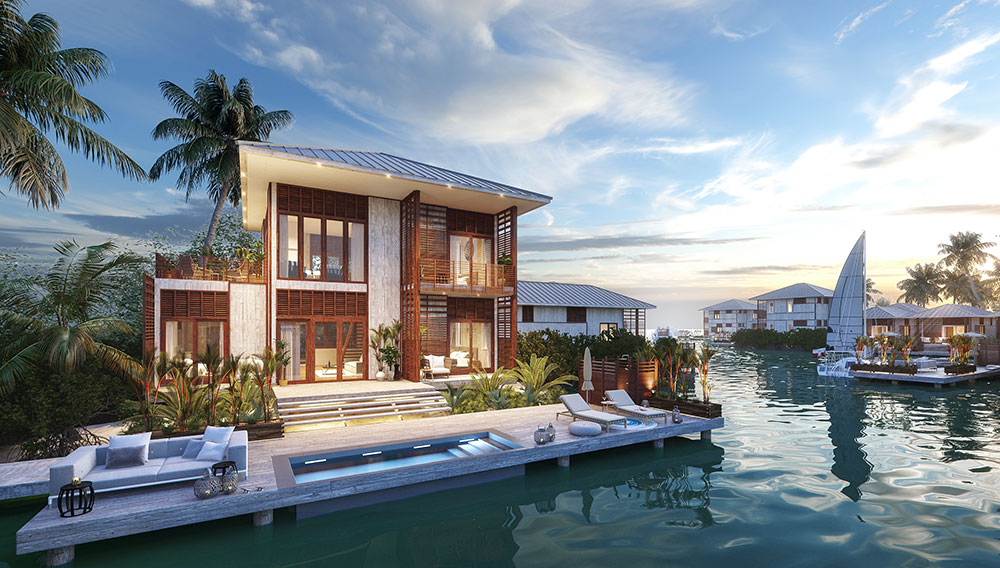 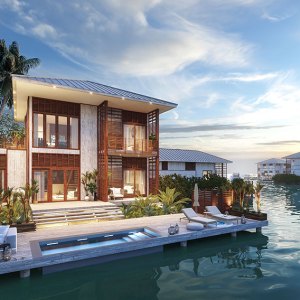 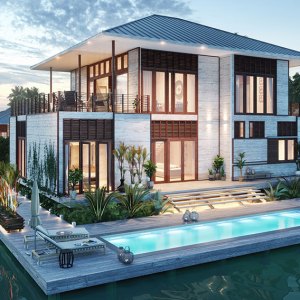 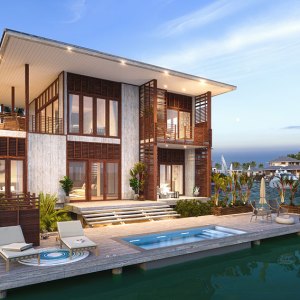 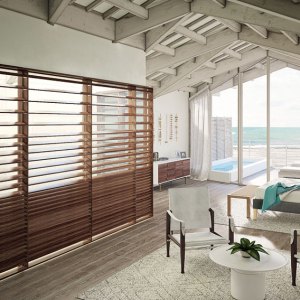 For a stretch along the southern coast of Belize, the narrow Placencia Peninsula parallels the mainland. A 20-acre estate on Placencia, sandwiched between a turquoise lagoon and turquoise sea, is under development as Itz’ana Resort & Residences. Homes on both waterfronts are being sold now, and the first model unit was completed earlier this year. The Belize real estate market is still up-and-coming, so pricing for a furnished 1,000-square-foot, one-bedroom cottage begins at approximately $295,000; a three-bedroom beachfront villa costs just under $1 million. The project’s Boston-based architect grew up in the region and used local forms and materials to create the 39 modern homes, each with overwater decks and outdoor pools.

Move-in dates are anticipated for late 2016, with the resort’s grand opening in time for Christmas 2016. A central great house and a sea-to-table restaurant will become the heart of the estate, offering amenities that include a 33-slip marina, a rooftop yoga deck, a spa, and a watersports center. Guests and residents can travel 30 minutes by boat to the world’s second-largest barrier reef to dive, sail to a number of nearby marine reserves to snorkel, and fish throughout the surrounding waters. Land-based attractions include Mayan ruins, cacao farms, and the world’s only jaguar reserve. Itz’ana’s sister property, Ka’ana Resort in San Ignacio, Belize, offers a range of jungle excursions.