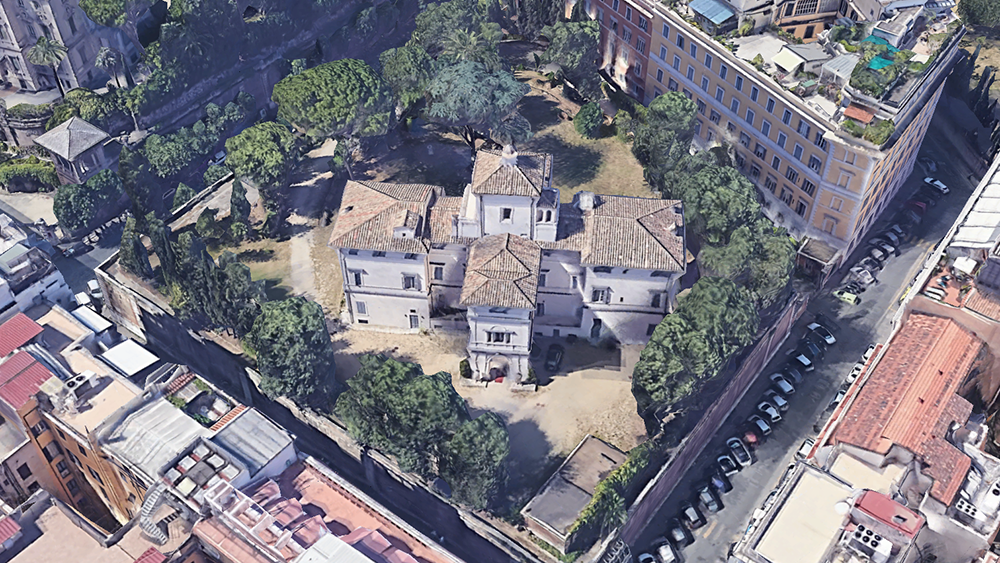 Half a billion for a villa in Italy is certainly on the pricier end of the spectrum, but not if it comes decorated by the late, great Caravaggio like this particular manse.

The sprawling Roman abode in question features the only ceiling mural ever painted by the Italian Baroque master and will be auctioned this January with a starting price of €471 million (roughly $547 million at current exchange rates), as reported by The Guardian. That could be considered a bargain considering Caravaggio’s painting alone has been valued at $360 million, according to art professor Alessandro Zuccari.

Sited on just over half an acre, Casino di Villa Boncompagni Ludovisi, better known as Villa Aurora, dates back to the 16th century and was originally a hunting lodge that belonged to Cardinal Francesco Maria del Monte. The 32,000-square-foot home is not only a Renaissance wonder itself, but it abounds with art, antiques and statues. There’s even a fresco by Guercino in the main reception hall depicting the villa’s eponymous goddess Aurora.

Of course, the pièce de résistance is Caravaggio’s Jupiter, Neptune and Pluto. The mural, which spans approximately 30 square feet, was commissioned by Monte in 1597 to cover the ceiling of his alchemy laboratory. The work depicts the respective gods and their animal associations: Jupiter’s eagle, Neptune’s hippocamp and Pluto’s three-headed dog. It is also believed that the artist used his own face for all three gods.

“There are other rooms decorated spectacularly, but the most important works are by Caravaggio and Guercino,” Zuccheri told the publication. “It’s a place that’s unique in the world.”

Villa Aurora belongs to the Boncompagni Ludovisi family but is protected by the ministry of culture. As such, once a bid has been agreed at the Fallco Zucchetti auction, the Italian government will have the chance to buy the property at the same price and save it for the nation.

Whoever eventually lands the villa has a long and expensive road ahead, though. One of the conditions of the sale states that the new owner is required to spend €11 million (roughly $12.8 million) restoring it. Of course, that art-world cred is priceless.