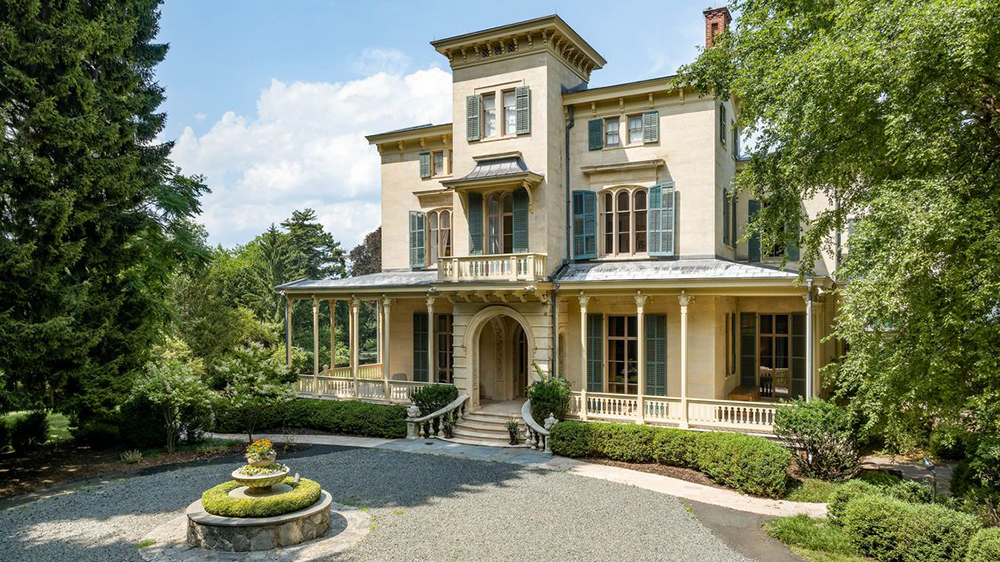 What better way to evoke your inner New York City socialite than by living in a mansion from The Age of Innocence?

The storied Westchester County manse in question, which Houlihan Lawrence just listed for $6.5 million, was built way back in 1853 at the height of the Golden Age. As such, it provided a perfect backdrop for Martin Scorsese’s 1993 flick, which depicts New York’s high society in the 19th century.

Based on Edith Wharton’s beloved 1920 novel, the cinematic adaptation sees a young lawyer (Daniel Day-Lewis) fall in love with Countess Olenska (Michelle Pfeiffer) while he is engaged to her cousin May Welland (Winona Ryder). Beyond this somewhat complicated fictional crew, Villa Nuits hosted real-life magnates, too. In fact, it is the former home of German-American businessman and real-estate mogul John Jacob Astor.

Sitting on just shy of five acres, the historic limestone abode showcases beautiful Italianate architecture that was popularized in the US in the late 1800s. According to the listing agent, it was built around the same time as the homes of Rockefeller and Gould and is one of the only remaining estates from the era still used as a private residence. (Fun fact: the property also appeared in the comedy The Wilde Wedding, the thriller The Dinner and countless other films and video shoots.)

Spanning 12,500 square feet, the decidedly lavish interior is characterized by towering 14-foot ceilings and charming period details, including carved wood moldings and cozy fireplaces. In addition to nine bedrooms and eight bathrooms, the home boasts a ton of spots for entertaining your well-heeled pals, such as the Lord & Burnham conservatory or the elegant paneled dining room. It also sports a media room, a billiards room, a gym and a sizable cellar to store your collection.

Outside, meanwhile, the sprawling grounds feature a heated pool surrounded by perennial greenery and a carriage house for guests with its own entrance and lawn. The estate also offers postcard-like views of the Hudson River.

“This stunning Gilded Age estate offers a rare opportunity to own one of the last remaining properties from this era still used as a private residence,” Carolyn Joy of the Tishelman Joy Team at Houlihan Lawrence told Robb Report via email. “The location, 25 miles from New York City provides an unparalleled lifestyle with pool, guest cottage and almost 5 acres of landscaped property.”

All that’s missing is you—and perhaps a certain countess.

Click here to see all the photos of Villa Nuits.