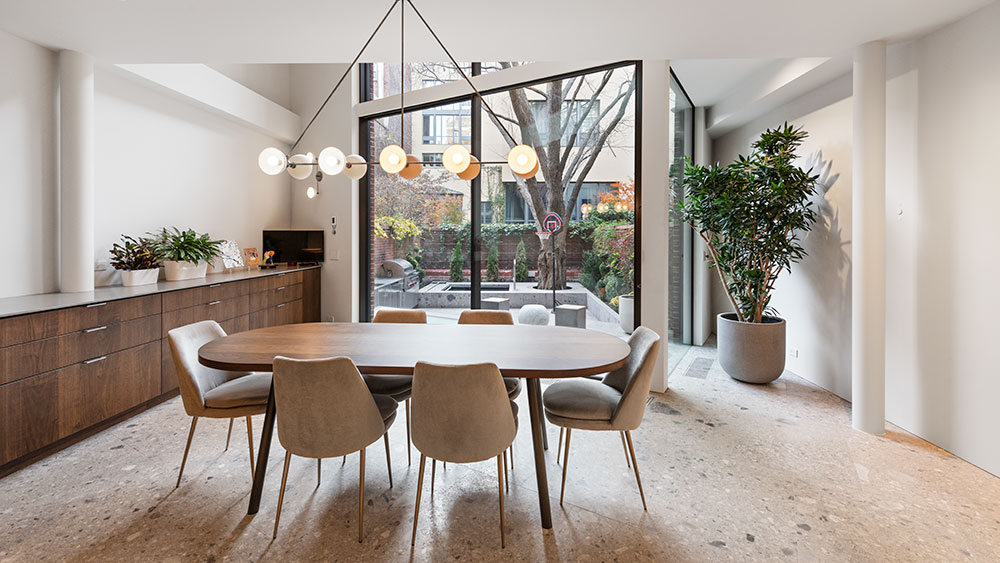 Sure, WeWork’s IPO didn’t pan out, but it’s a new year, and the company’s co-founder Miguel McKelvey is looking for better luck via the real estate marketplace. In particular, he’s hoping to offload his old Greenwich Village townhouse for $21 million.

McKelvey, the co-working giant’s chief culture officer, managed to stay largely out of the limelight when things went south with WeWork’s IPO late last year and his fellow co-founder, Adam Neumann, was ousted for misconduct. (Investors offered Neumann  $1.7 billion in stock, cash and credit to get him to give up his voting rights and step down as CEO.)

Now, McKelvey’s old digs are what’s making waves. And they’re certainly nothing to scoff at: The 18 West 11th Street address has 6,000 square feet of space, four bedrooms and five baths. A central atrium with an open staircase connects the townhouse’s four floors (plus a basement); a skylight above and a 20-foot glass wall at the back of the home bring a sense of airiness to the space.

Beyond this glassy backdrop, there’s a backyard for summertime entertaining with a heated plunge pool and barbecue. Its master suite, meanwhile, stretches across two of the townhouse’s uppermost floors, with one level dedicated to the bathroom and dressing room. The bedroom, sitting just above, has its own private terrace.

The building also has quite a bit of history. Originally built in Greek Revival style in 1845, the townhouse was once home to Charles Merrill, co-founder of Merrill Lynch. A century later, in 1970, it was destroyed in an accidental explosion when members of Weather Underground, a radical leftist group, were making bombs out of dynamite and nails in the basement. Merrill’s son, the poet James Merrill, who called the townhouse home in his early years, wrote a piece bemoaning the residence’s untimely destruction titled, aptly, “18 West 11th Street.”

Hugh Hardy, the architect primarily known for designing venues such as the New Amsterdam Theater and the Rainbow room, later constructed a new building at the site in 1978. It’s one of Hardy’s few residential projects. More recently, vonDALWIG Architecture added modern amenities to the home in the form of heated floors, remote security, an intercom and a snow-melting system for the winter months.

As for McKelvey, he’s looking to make a tidy sum off the place, which he originally purchased for $12 million in 2015. Selling it might require the chief culture officer to step out of his comfort zone, though, and more into the public eye.