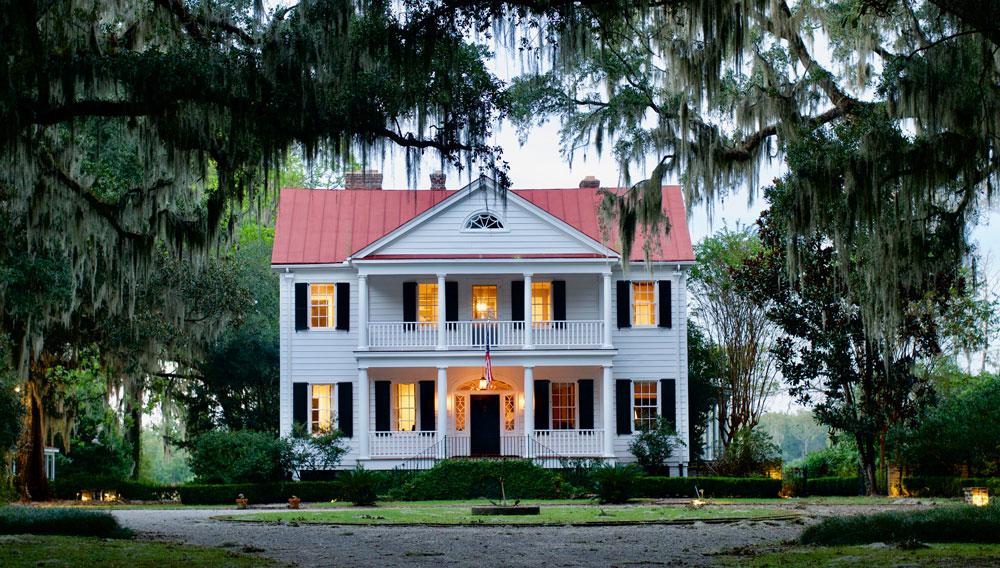 South Carolina is known for its beloved sea islands, sugary beaches, and seafood boils. Beyond its picturesque haunts and culinary prowess, however, the Palmetto State is also recognized for its antebellum structures, from colonial-style mansions to Fort Sumter, where the first shots of the Civil War were fired. Twickenham, a plantation that was originally founded in 1732 under a grant from England’s King George II, gives prospective homeowners the rare chance to live in a historic haunt with ties to the past.

The 2,510-acre estate was once part of Tomotley Barony, a plantation that spanned over 48,000 acres. Today, the main plantation house—which was built in 1878 by Major John Screven—still stands. After being extensively renovated over a three-year span, the two-story, four-bedroom home now shows off lavish bedrooms and and large living rooms.

The chef’s kitchen comes with state-of-the-art stainless-steel appliances, a center island, and glass cabinets. Meanwhile, the nearby breakfast nook offers a laid-back eating experience. For more formal occasions, head to the separate dining room, which shows off a large chandelier and glass doors that lead outside. Overlooking gardens designed by landscape Robert Marvin and Douglas Duany, the dining room ensures guests can enjoy dinner with a view. Several of the rooms are outfitted with brick fireplaces, and the master suite includes a bath with a vanity, walk-in glass shower, and deep soaking tub.

Though the home has been modernized for a new era, period-specific furniture and furnishings help it retain a sense of history. Outside, winding pathways unfurl near moss-covered trees, and a fire pit provides a place for family and friends to gather on crisp evenings. The grounds also include two renovated guesthouses, a manager’s barn, stables, a horse barn, and several additional storage sheds.

The plantation is located just an hour from Charleston and Savannah. It has been listed for $25 million.