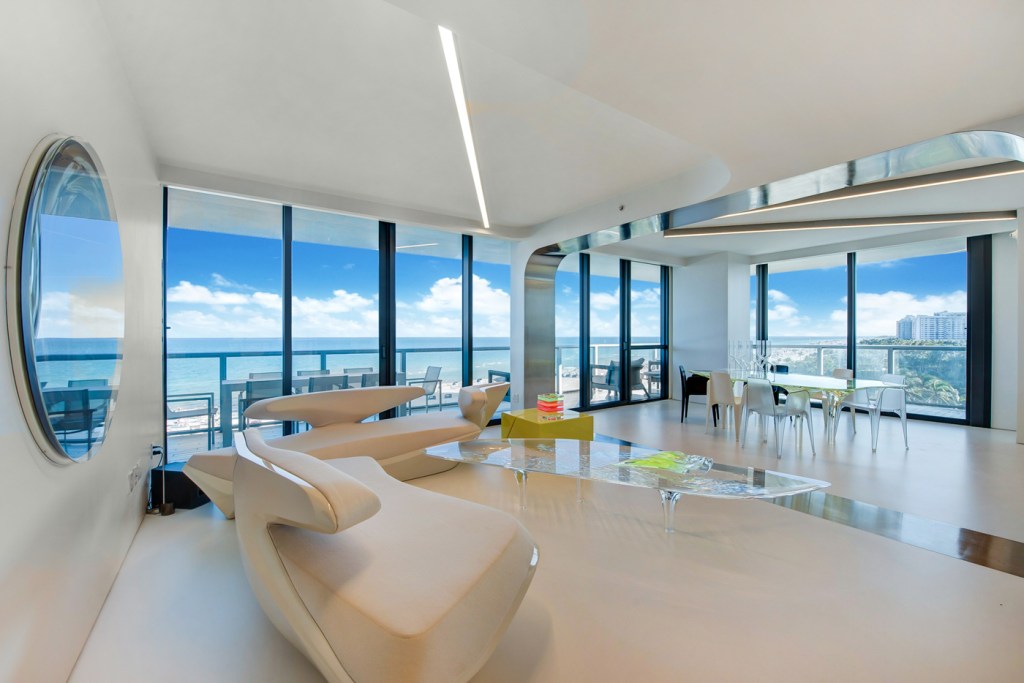 The late Pritzker-winning architect Zaha Hadid’s South Beach condominium at W South Beach has been relisted for $6.5 million, well below its original asking price of $10 million. First listed in May, the 2,541-square-foot residence is made up of two capacious bedrooms, three baths, and an adjacent studio apartment with a private entrance. Hadid created the custom residence by combining two separate units (purchased in 2010 for $2.79 million) with a studio apartment (purchased in 2015 for $1.38 million). One Sotheby’s International Realty agent, Ivan Chorney, who now holds the listing along with his colleague Angelica Garcia, told the Wall Street Journal that the price cut is attributed to the fact that Miami is now a buyers’ market.

The whitewashed dwelling displays the curvaceous lines, metallic accents, and sleek aesthetic that Hadid was known for. Floor-to-ceiling walls of glass overlook the azure Atlantic Ocean, and a wraparound terrace made for alfresco dining or lounging allows owners to soak up the salty ocean breeze. Oceanfront bedrooms face the palm-lined beaches, and baths are outfitted with tubs and walk-in glass showers.

The condo isn’t the only Zaha Hadid property making headlines in Miami: The star architect’s final residential project, One Thousand Museum, is slated to open next year. 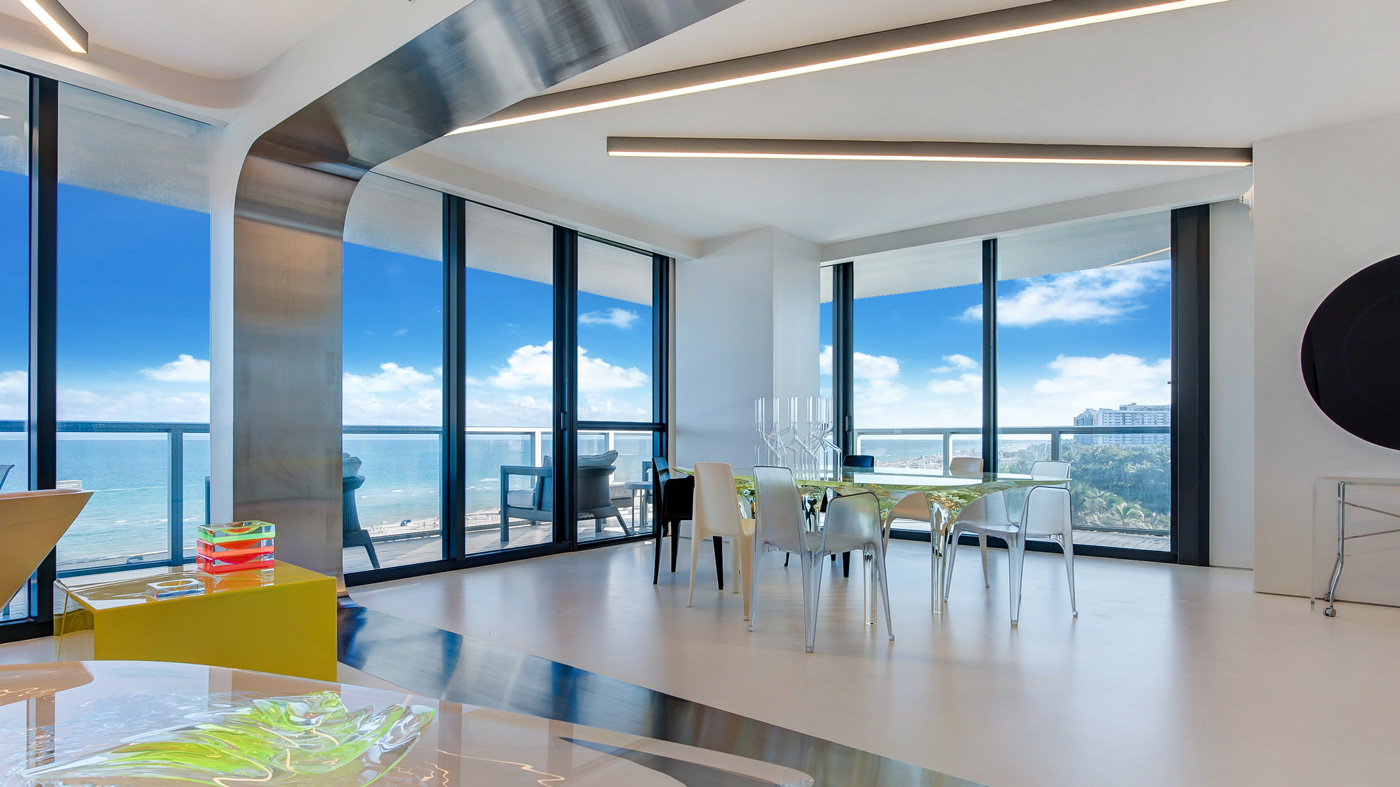