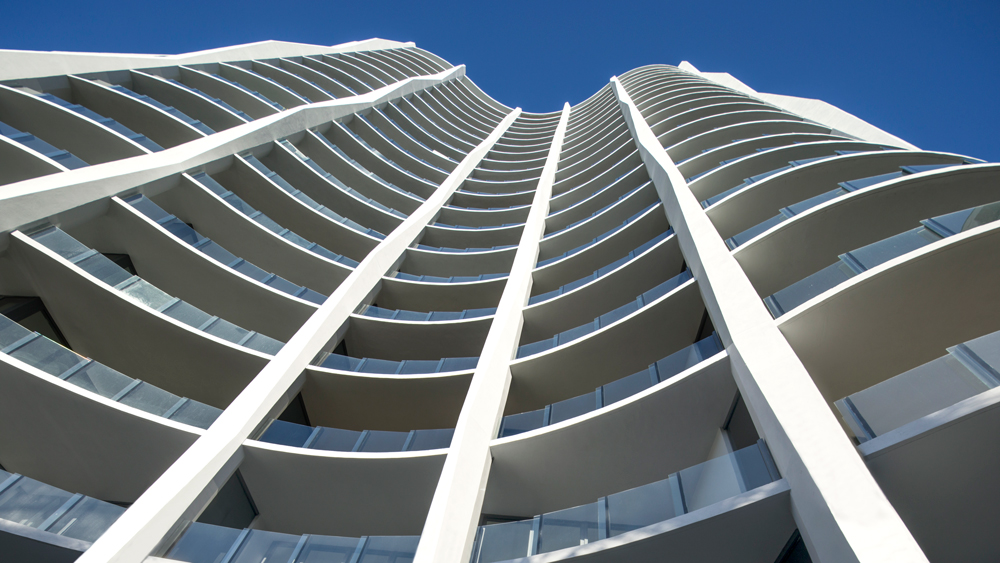 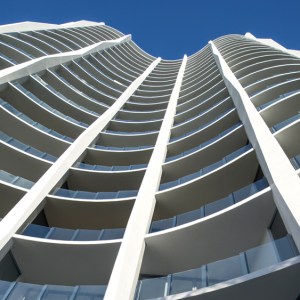 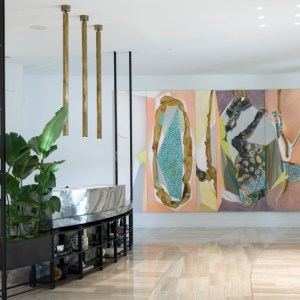 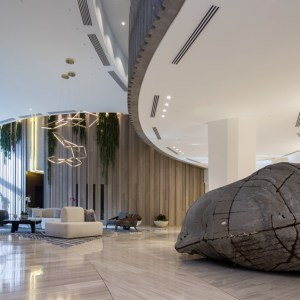 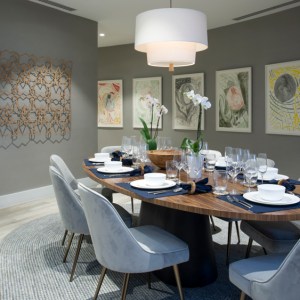 Established in 1979, the annual Pritzker Architecture Prize recognizes singularly talented architects whose work “demonstrates a combination of those qualities of talent, vision, and commitment, which has produced consistent and significant contributions to humanity and the built environment through the art of architecture.” In 2000, Dutch architect Rem Koolhaas was awarded the coveted prize thanks to his work on projects such as a multifunction building for Utrecht University in the Netherlands and Grand Palais in France.

More recently, the 73-year-old’s architecture studio OMA designed Park Grove, a three-tower residential project just outside of Miami in the seaside enclave of Coconut Grove, Fla. The first phase of construction (the first two towers) was completed this month—and it delivers the bold, eye-popping aesthetic that Koolhaas is known for. Silhouetted by the water, the striking, circular glass towers show off expansive, curvaceous balconies that mirror the movement of the waves below.

Inside, the glass giants will display light-drenched, open-concept interiors and floor-to-ceiling walls of glass that open to expansive patios overlooking Biscayne Bay. Interior design was planned by Meyer Davis, and kitchens and bathrooms were envisioned by William Sofield—complete with high-end appliances and marble accents. Subtle shades of gray and crisp whites provide a soothing contrast to the bright blue water beyond.

There’s plenty to do on the premises, from hosting a private wine tasting in the wine room to unwinding at the aromatherapy spa and steam rooms. But some of the best attractions can be found outdoors, where residents can lounge by the rooftop swimming pool deck (complete with a living green wall) or practice yoga on the outdoor deck. And residents never have to be far from nature—they can mosey through a five-acre sculpture park planned by landscape architect Enzo Enea or head to the nearby 10-acre Peacock Park, which is located on the shore of Biscayne Bay.

The final tower is on track to be completed next year. Remaining units are priced from $2.7 million to $6.3 million.