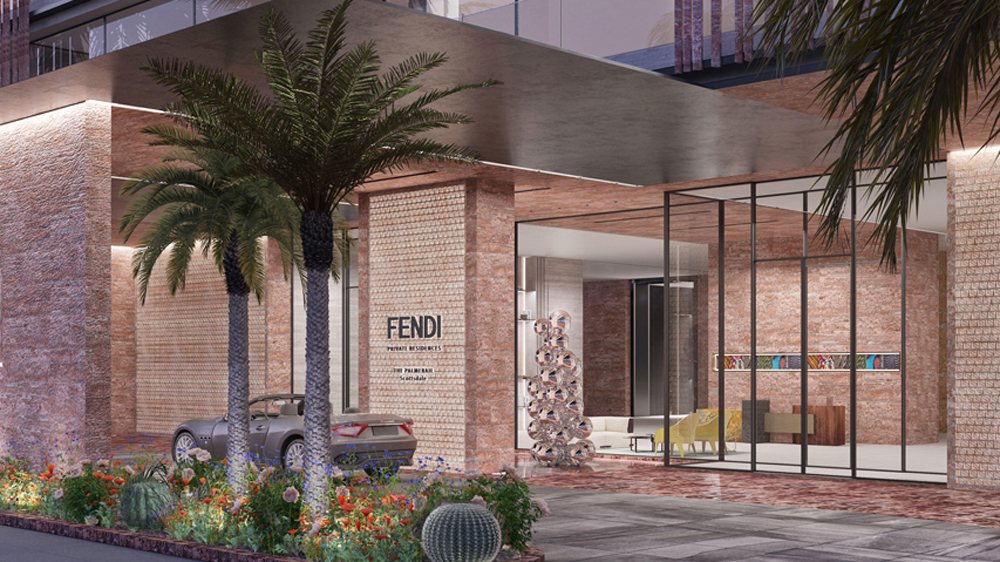 Fendi is expanding its Roman empire . . . to Scottsdale, Arizona. The luxury fashion house just announced that it is building a collection of 41 bespoke Fendi Private Residences that will be come to market later this year and be completed in 2020. Each home will average 3,500 square feet, with the design and architecture spearheaded by architect Marco Costanzi, who previously worked on the Fendi Private Suites and Fendi headquarters in Rome.

Private branded residences have become something of a trend of late. Fendi follows in the footsteps of other Italian brands, such as Armani, Versace, and Missoni, that have been expanding further into the lifestyle category with luxury residences. Armani is said to be planning new residences above its Fifth Avenue store in Manhattan that will feature 19 units, including one for Mr. Armani himself. That luxury residence is said to be slated for completion in 2023.

Fendi’s private residences will be part of a 122-acre, $2 billion luxury development called the Palmeraie. The Italian brand announced yesterday that it would be the first official tenant of the Palmeraie.

The new development will include 160,000 square feet of high-end space located on 18 acres near the upscale town of Paradise Valley. It will include everything from the the branded homes to luxury shopping, hospitality, dining, wellness, and relaxation retail—all set against the backdrop of Camelback Mountain and the Sonoran Desert.

“Scottsdale has one of the largest primary home markets in the U.S. that is further complemented by year-round international tourism and one of the most significant secondary homeownership markets in the U.S.,” said Hanna Streuver, principal of Retail Portfolio Solutions, the company curating the merchant mix and experiences, in a press statement. “It is a destination that is being prioritized on the worldwide stage.”

Although a Fendi Château opened in Miami several years ago, the new Fendi Private Residences in Arizona will be the company’s first ground-up residential project in North America, according to WWD.