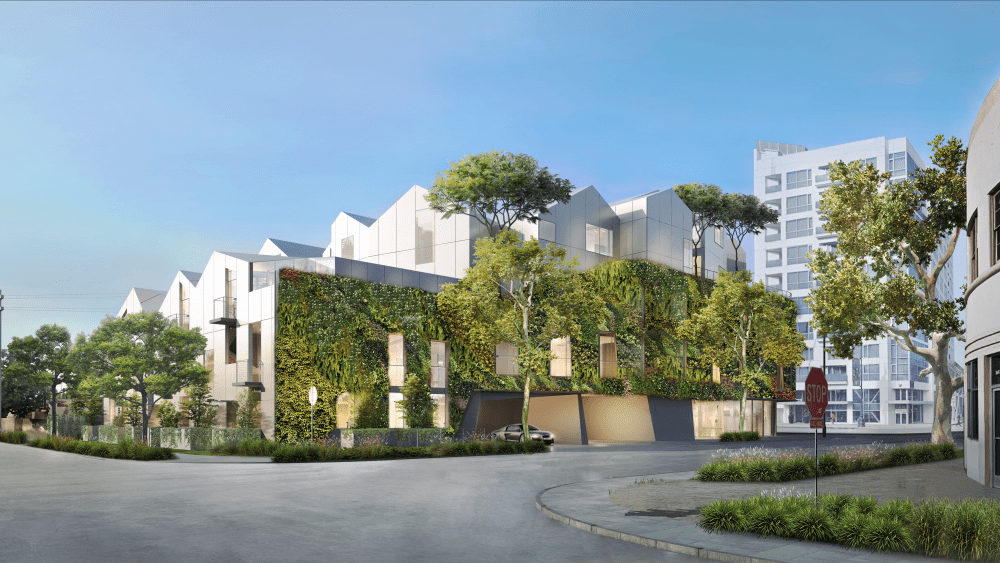 Finding Eden in the concrete jungle can be a challenge—but one worth pursuing. Just ask newly minted MAD architect Ma Yansong, who is nearing completion on a Thoreauvian antidote to the hustle and bustle of LA’s urban sprawl with an upscale, green village dubbed—what else?—Gardenhouse.

The project marks Yansong’s stateside debut after a much-celebrated tenure abroad. His résumé includes the Harbin Opera House in China, the Absolute Towers in Toronto and the Conrad Hotel in Beijing—all of which showcase his signature style. Dubbed “Shanshui City,” the architect’s ethos seeks to create a new kind of city, one that fulfills both the spiritual and emotional needs of its inhabitants: nature meets modernity. Gardenhouse, he says, is no exception.

“My hope is for architecture to reconsider the relationship between humanity and nature, and re-establish the emotional connection between the two,” Yansong said in a statement. “With Gardenhouse, we propose a new paradigm amidst the sprawling density of Los Angeles.”

A clear product of Yansong’s approach, the villa is enveloped in a massive, almost sculptural art wall—the largest in the country. Beyond serving as a kind of canvas, the wall uses recycled water to cool the building and keep the various flora and fauna fed. There’s also soundproofing materials beneath it, which are made from recycled plastic bottles. So you can stop and smell the flowers (literally) with a clear conscience.

Inside Gardenhouse, the units are centered around a lush, open-air courtyard. Three different residential collections are up for grabs at the property: Sky Villas, Garden Flats and Row House. A contemporary design runs throughout each model, with glass walls and private outdoor spaces that let the greenery do the talking. What differentiates each unit, however, is not location—but rather elevation. Sky Villas sit on Gardenhouse’s upper level, while Garden Flats and Row House are perched just below.

If it all makes for an appealing, quiet village vibe, it’s not one that will come cheap; Yansong’s flats and villas starts at a cool $3.7 million. See more photos of the units below.

Another angle of the Sky Villa penthouse.  Photo: Rottet Studio

The bedroom in a Garden Flats home.  Photo: Rottet Studio