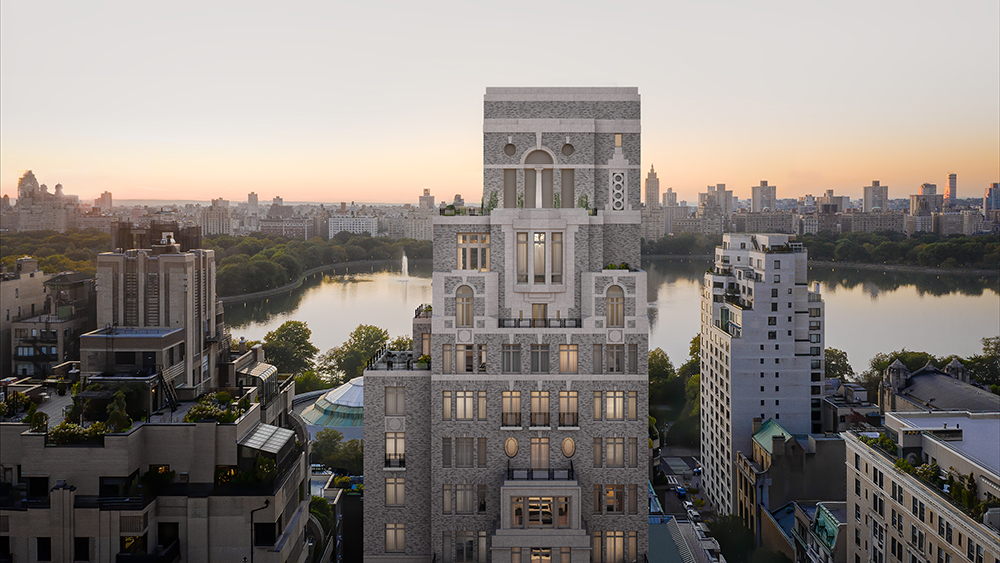 When it comes to vertical living in New York City, few architects have as much name recognition as Robert A.M. Stern. His buildings, distinguished for their classic, elegant style and creamy limestone façades, are among the most sought-after in the city. Which is why 1228 Madison Avenue, a boutique residential tower by Robert A.M. Stern Architects (RAMSA), presents such a rare opportunity.

In the past, homes inside Stern’s New York skyscrapers have broken American records. A penthouse at the architect’s 220 Central Park South project sold for an eye-popping $238 million to hedge funder Ken Griffin—the most expensive deal of the year, as well as the steepest price ever paid in the country. Financier Daniel Och paid $95 million for his penthouse in the same building, and musician Sting dropped $65.7 million on his own sky pad there.

This new Upper East Side address, on the other hand, isn’t quite as ambitious in scope, which isn’t to say that it won’t be any less desirable—quite the opposite. The building has a mere 15 units to 220 Central Park South’s 116, making a spot in the Madison Avenue location that much more difficult to secure. All of the new building’s units will be full-floor homes, with one duplex penthouse at the crown. It represents RAMSA’s smallest multifamily residential project to date.

A living room on the eighth floor by Kelly Behun.  Grain London

The tower will be located in the Carnegie Hill neighborhood, just steps away from the Guggenheim Museum. Like any Robert A.M. Stern project, the façade will incorporate limestone, albeit not completely, just at the base—the rest of the building will be clad in a blend of gray brick.

RELATED: Why Robert A.M. Stern’s Buildings Are Some of the Most Coveted in New York

Most apartments have a private outdoor terrace or Juliet balcony, like this one on the sixteenth floor.  Grain London

Of course, a spot in this bold new project by Behun and Stern won’t come cheap. Listings start at $7.9 million; the duplex penthouse ask is $17.9 million. Still, it’s a smaller price to pay compared some of RAMSA’s other, flashier projects.