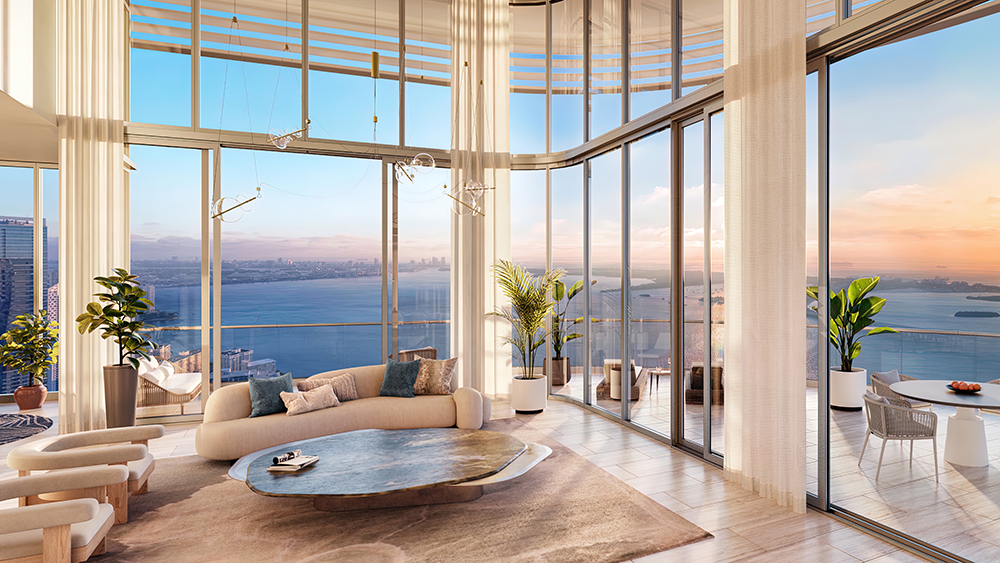 If living high above the treetops is your sort of thing, the new St. Regis Residences Miami might be exactly what you’re looking for. The project, which consists of two towers, the Astor and the William, features penthouses and sky villas perfect for those seeking literal high-end accommodations. And Robb Report has been given an exclusive first look at the new renderings for the premium residences.

Although 183 units total are up for sale in the 46-story William tower, which should be completed in 2026, the penthouses and sky villas are the true showstoppers. The two upper penthouses and four sky villas will truly provide a living experience like no other.

“It really feels like a home in the sky,” Jon Paul Pérez, the president of Related Group, which helped develop the property, told Robb Report. “It’s not going to feel like you’re living in a condo other than the fact that you’re going to be raised up instead of on the floor like a home.”

The penthouse and villas will have incredible views  St. Regis Residences Miami

Each penthouse will be a duplex unit with a private rooftop, where there will be a summer kitchen and pool. The first floor will feature an additional outdoor terrace for enjoying Florida’s good weather. Pérez emphasized that the views from these units will be outstanding, since there aren’t many new high-rises in the surrounding area and new builds are allowed to go higher than was previously allowed. That basically guarantees 360-degree views of the ocean, downtown Miami and the Brickell neighborhood where the residences will be located.

The sky villas, meanwhile, will be about 6,000 to 7,000 square feet, with an open living/dining area that takes up the entire front of the building. These units will also have large terraces, and most of the bedrooms will be on the second level. Throughout the towers, the condos come standard with 11-foot ceilings, custom European marble floors, Italian cabinetry, Wolf appliances and full-height wine refrigerators.

While the units themselves are quite spectacular, the building wouldn’t live up to its St. Regis name without some pretty outstanding amenities. Pérez noted that the two towers will share 60,000 square feet of amenities, including a St. Regis spa, a full-service restaurant, three pools (not including the private penthouse pools), sky bars/terraces, cognac rooms and tearooms. Additionally, residents will have access to a private marina, which Pérez said is unique because marinas are no longer being approved for new buildings in Florida.

A rendering of a balcony  St. Regis Residences Miami

“It’s got every single bell and whistle you could possibly imagine,” he said.

The St. Regis Residences Miami were developed by Related alongside Integra Investments. Robert A.M. Stern Architects took the lead on the design, while the Rockwell Group is handling the interiors and Enzo Enea the landscaping. It’s an “iconic, magical team that’s really created something special that’s different from what Miami has seen before,” Pérez said.

The sky villas are selling for $15 million to $19 million, while the penthouses start at $24 million.

Check out more renderings of the project below.

An indoor lap pool is just one of project’s many perks.  St. Regis Residences Miami

Another one of the residential balconies  St. Regis Residences Miami

You won’t be able to beat the East Pool at the Astor tower  St. Regis Residences Miami