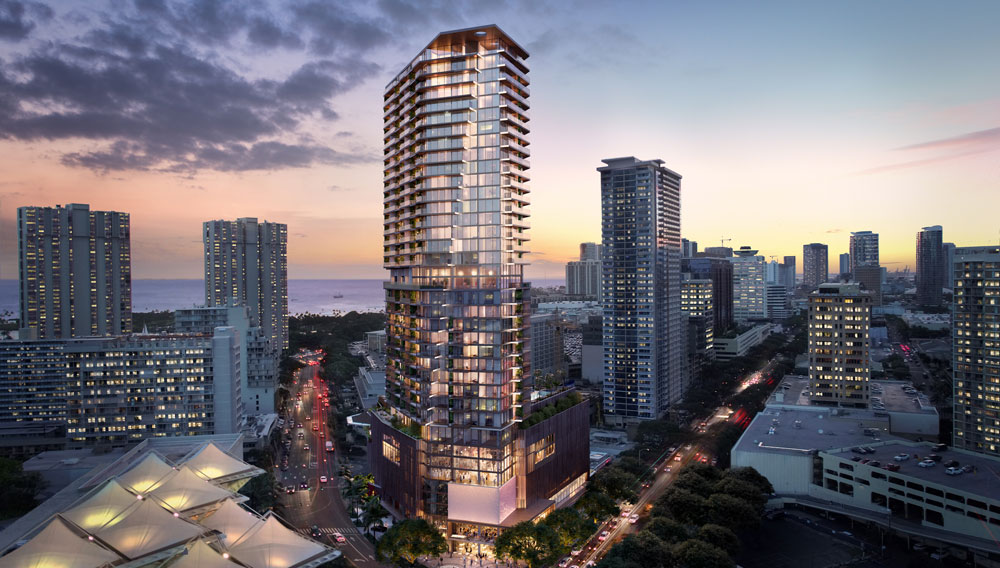 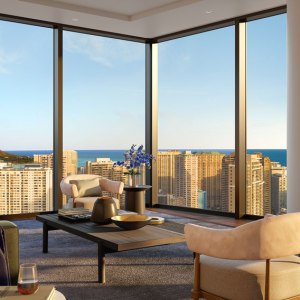 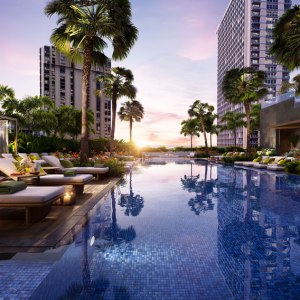 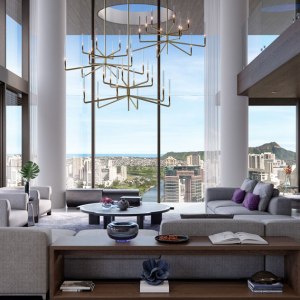 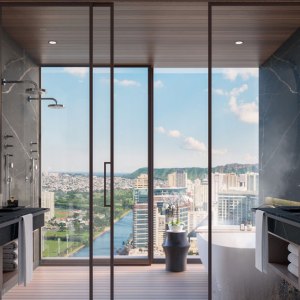 According to the Global Liveability Index 2018, an annual report by the Economist Intelligence Unit that was released on August 14, Honolulu is the most livable city in the United States based on its health care, education, culture and environment, stability, and infrastructure. In addition to having the highest ranking of any U.S. metro, Honolulu also placed 23rd globally. If you happen to be house hunting in the seaside city, you might want to snap up a unit at the Residences at the Mandarin Oriental, Honolulu.

On track to break ground in late 2018, the 418-foot glass tower will merge the open-air style of Hawaiian homes with five-star amenities and big-city living. Developed by Salem Partners, the 36-story building is modeled after traditional Hawaiian lanais. Recently released renderings provide a behind-the-scenes look at the luxurious digs, which offer panoramic views of Diamond Head and Ala Moana Park and Beach.

Starting on the 19th floor, all 99 of the Dianna Wong–designed residences feature geometric lines, understated colors, and floor-to-ceiling walls of glass. Spa-like master baths, gourmet kitchens, and open-concept living areas create an oasis-like environment where residents can relax after a sun-soaked day at the beach. Lanai balconies blur the lines between indoors and out-of-doors and offer residents plenty of year-round sunshine.

Though it may be difficult to tear yourself away from the sumptuous digs, the resident-only amenity level is sure to entice individuals of all ages. The private space features a swimming pool, an outdoor lounge with fire pits and cabanas, a Dolby Theater, and—for those who want to channel their inner superstar—a karaoke room.

Sales will launch shortly after the groundbreaking. If you’re just looking for a quick stopover on your next Hawaiian vacation rather than a long-term home, the tower will also house 125 Mandarin Oriental guest rooms and suites.