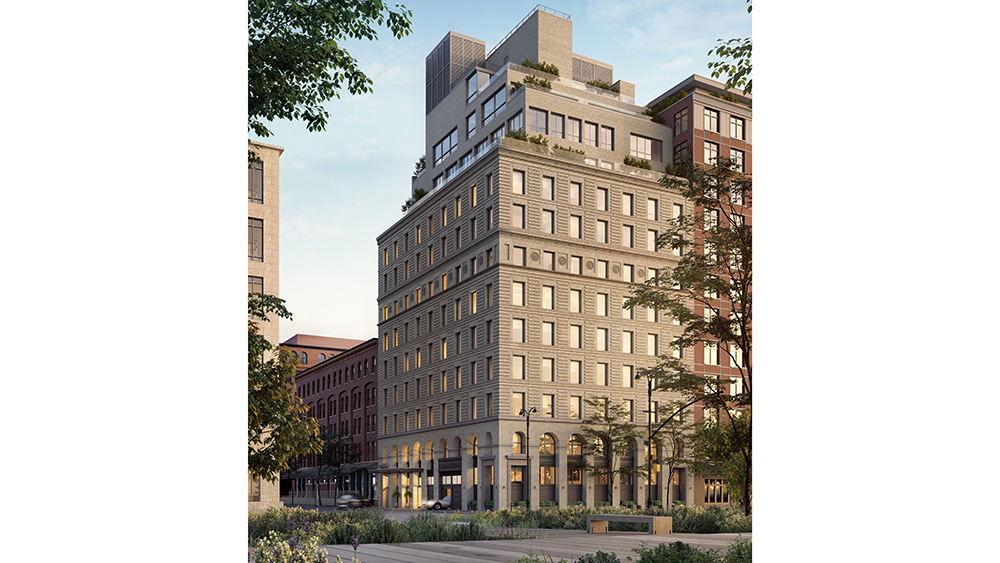 Inevitably, the Covid-19 pandemic took a toll on Manhattan’s real estate market. Despite this, a few new condominiums are now coming to fruition in the city or announcing completion plans, among them 67 Vestry, a Tribeca project by developer Iliad Realty Group that has an elegant, understated look to it.

The condo building will be ultra-exclusive, with just 13 units in the building—all are either half- or full-floor residences. The seclusion makes each home a world of its own, instead of feeling like a limited space within the context of a larger, overcrowded building, as is the case for so many other luxury New York City condo buildings. Each unit will have views of the nearby Hudson River.

And its this river proximity that makes 67 Vestry such a unique offering. The building is the last historic loft conversion on the Tribeca waterfront. Originally built in 1896, it was a warehouse for The Great Atlantic & Pacific Tea Company (known more familiarly to most New Yorkers as A&P), a chain of grocery stores that operated between 1859 and 2016—at one time, in fact, it was the largest grocery retailer in the US. 67 Vestry maintains the Romanesque revival architecture of the original warehouse, although this isn’t the first time that it’s been used for residential space. In the 1970s—the decade that the Tribeca neighborhood got its name—it was converted into artist’s lofts and was home to John Chamberlain, Dan Flavin and Andy Warhol, among others.

Today, its interiors have been reimagined by Gachot Studios, a firm whose portfolio includes the Shinola Hotel in Detroit, COMO Parrot Cay in Turks & Caicos, the soon-to-come Pendry Manhattan West and a slew of private residential projects. Here, the studio imbued the lobby and the units with a muted, serene color palette and clean, geometric lines. The result is a building that feels simple yet sophisticated, like a stylish resort.

The living and dining room of one of the half floor residences.  VUW

Gachot drew on their hospitality experience to create dynamic amenity spaces for the building, such as a 50-foot lap pool in a double-height, wood-paneled room. Other buyer’s perks include exercise and recreation rooms.

Pricing for 67 Vestry is still to be announced, but with the building expected to launch sales later this year, it’s worth having on your radar when sales do open. With just 13 units in the building and a historic pedigree, it could go fast.