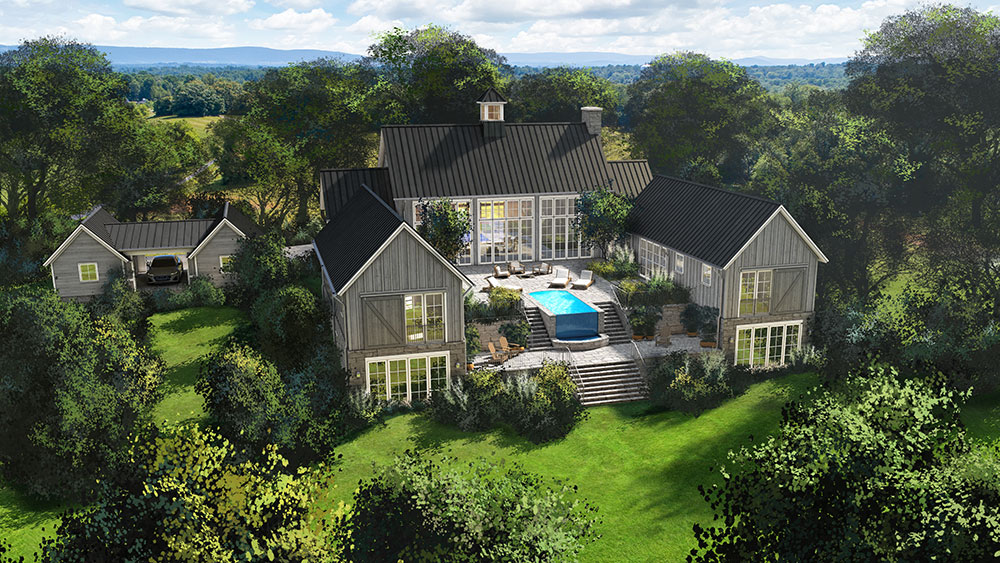 Salamander Resort & Spa has been a haven for those escaping metro Washington, D.C., and looking for the pleasures of the picturesque Virginia countryside since it opened in 2013. Built as an equestrian property, the hotel has substantial stable facilities and riding trails, and often hosts significant horse-country and wine-country events.

Located on 340 wooded and grassy acres, the hotel has recently announced it will construct 49 estates to be set into two neighborhoods: the Stables and the Vineyards. Sites will range from .4 to 1.3 acres apiece and will make the most of the views of the surrounding rolling hills. Homes will range in size from 3,500 to 5,500 square feet, and each will include French oak flooring, quartzite and slate counters with gourmet-level appliances in the kitchen, designer tile, high ceilings and expansive windows. Prices will begin at $2.3 million.

Resort owner Sheila Johnson, who also was a founding partner of Black Entertainment Television and owns three pro-sports teams, has partnered with developer South Street Partners to create these homes. “When I first imagined Salamander Resort & Spa, I drew upon the authentic architecture of my own nearby horse farm for inspiration,” she says. “My intent was to create a residential community that fully connected with the vibrant life of the resort.”

Homebuyers will be able to take advantage of the resort’s full suite of amenities, from the 24-hour concierge and room service to the spa, the hiking and biking trails, indoor and outdoor pools, the zip-line, tennis courts, putting green and, of course, the ability to stable a horse and ride on property.

The historic town of Middleburg, with its quaint shops and national landmarks, is just a short walk from the resort, and it has been part of the state’s world-class equestrian scene for decades, hosting fox hunts and steeplechases as well as galas and film festivals. It’s also become part of a growing wine country culture, with many vineyards surrounding the town. Residents at Salamander can enjoy exclusive perks at the local RdV Vineyards and golf at the Club at Creighton Farms.

An example of another home option.  Photo: Salamander Resort & Spa