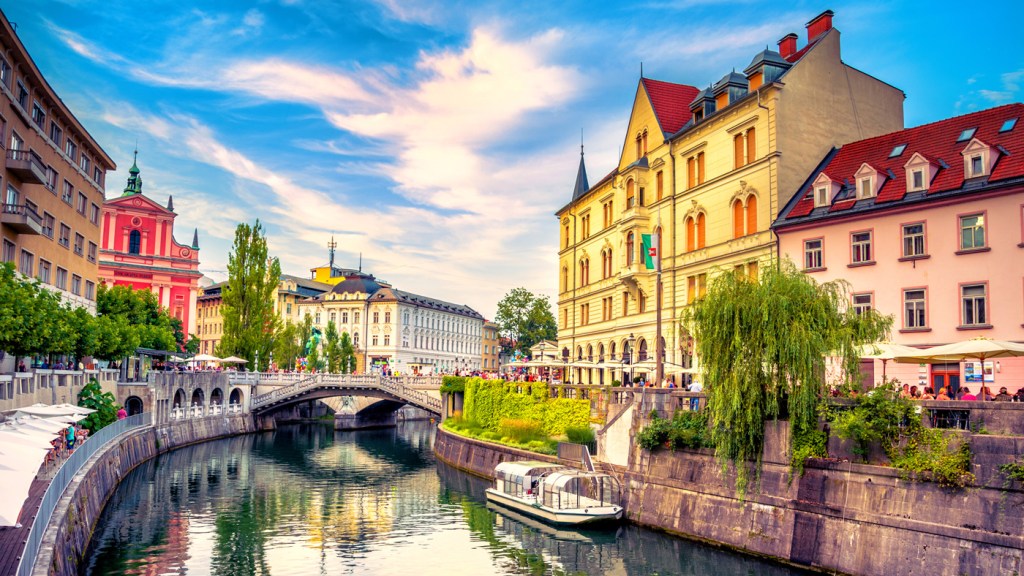 For many individuals, the idea of living overseas has an undeniable allure. From sipping a cappuccino on a leisurely morning in Italy to exploring a rainforest in Costa Rica, there’s something incredibly romantic about the notion of putting down roots in a new country.

Just in time for anyone whose New Year’s resolution was “move to a new country,” Live and Invest Overseas—a popular resource for individuals looking to live, retire, and invest aboard—has released a report called the Top 10 Best Places to Live Overseas. Created by founder Kathleen Peddicord and a team of in-house experts based on personal knowledge of each location, the list includes hot spots like Italy and Mexico as well as more under-the-radar options like Colombia and Vietnam. Of course, your list of preferred cities might vary significantly—but the following 10 destinations can serve as a good starting point if you’re trying to come up with some solid options.

Distinguished as one of the oldest cities in Western Europe, Lisbon is brimming with historic attractions like the Jerónimos Monastery and the Tower of Belém. The waterfront capital city is characterized by pastel-colored buildings, jacaranda trees, cobblestone streets, and lush gardens. In a 2017 Expats Insider survey, respondents ranked Portugal first in quality of life and gave it high marks for leisure and well-being as well—so it’s no surprise it topped this list as well.

With around 2.5 million residents, Cali is the third largest city in Colombia. The colorful city is known for its salsa dancing and its warm climate. According to Peddicord, the destination is both lively and affordable—which means it is attractive option for those looking to settle down in South America.

Established in 1496, Santo Domingo is one of the oldest European cities in the Americas. With an unending supply of classic Spanish colonial structures, the capital city is perfect for those who want to live in a historic hub. The Dominican Republic’s easy residency program and modern services make it a top choice in the Caribbean.

Known for its crystal-clear waters, powdery soft beaches, and colorful cottages, Belize is a treasure trove of natural beauty. Situated at the water’s edge, San Pedro Town is a friendly, vibrant community with beach bars and seafood restaurants galore. In between taking advantage of top attractions such as the Belize Barrier Reef and Great Blue Hole, residents will enjoy mingling with the welcoming locals.

Located in southern France, Saint-Chinian is a small country village of less than 2,000 residents that is known for its wine. Though the secluded hilltop community feels incredibly remote, Barcelona is just over three hours away. An added bonus: Peddicord says prices are half as expensive as homes in Provence and Côte d’Azur.

Rolling hills, vineyards, and olive groves make this Italian village a picture-perfect destination for those longing for a laid-back lifestyle. Located in the region of Abruzzo, the quaint community is an affordable and peaceful place to live.

Home to a plethora of mountains and lakes, Slovenia is not as well-known as neighboring countries like Austria and Italy, but it’s just as charming. Despite being the largest city in the nation, Ljubljana (which has a population of around 278,000) retains its charming small-town feel. The city offers convenient access to both ski resorts and beaches, making it a top choice for those who can’t choose between the mountains and coast.

The coastal resort town of Playa del Carmen is beloved for its sandy beaches and coral reefs. According to Peddicord, an estimated 10,000 expats live in the area (roughly 7 percent of the population), which makes it a true melting pot of cultures.

Located in central Vietnam, the coastal city of Da Nang is the third largest city in the country, after Ho Chi Minh City and Hanoi. Street vendors, temples, and motorbikes abound, and Hội An (known for its canals and architecture) is less than an hour away.