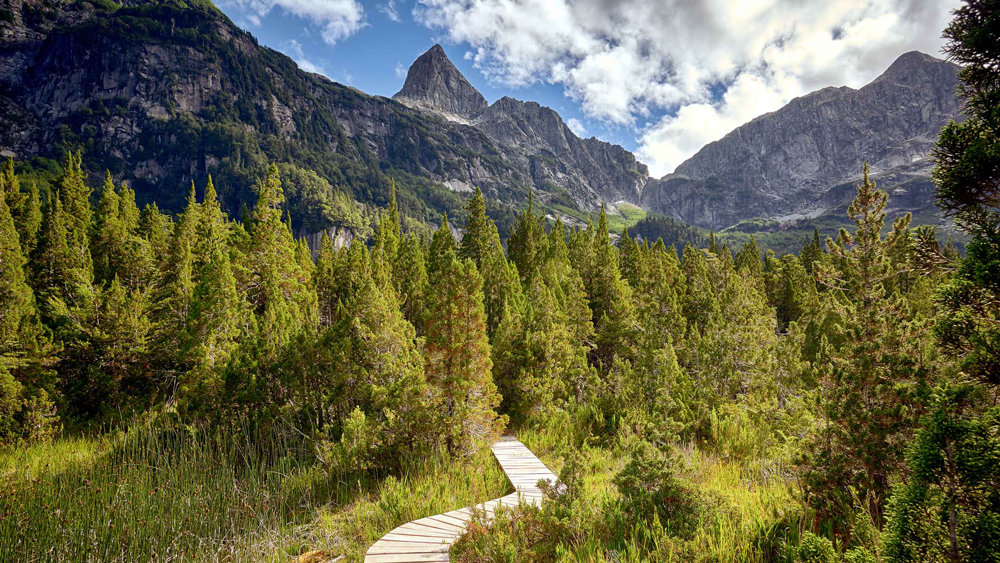 John Muir once said that the clearest way into the universe is through a forest wilderness. And if you’re the kind of adventurous individual who longs to explore your very own forest wilderness, Hacienda Pucheguin—a 348,000-acre expanse resting between mountains and sea in Northern Patagonia, the most remote part of Chile—is the place for you. Surrounded by woodlands and meadows in every direction, the massive piece of land is the epitome of solitude. And it offers endless possibilities for exploration.

Located more than 600 miles from Santiago, the land was discovered by writer Don Alonso de Ercilla in 1558. A century later, missionaries and Chilean and Argentinian settlers started living in the region. By the early 20th century, the Frigorífica y Ganadera enterprise was established in Cochamó, increasing the trade and economic success of the land, but business was soon moved due to the difficulty of getting to the area. The lack of commercial development and trade have preserved the region’s pristine condition and complete immersion into nature. (These days, however, an international highway makes it easier to get to cities like Santiago and Bariloche.)

The territory is populated with the Patagonian Cyprus, which is the largest and oldest living tree species in South America. Spectacular waterfalls, natural pools, 25 miles of riverbanks, and granite walls are just a few of the region’s natural wonders. Lago Vidal Gormaz offers nearly 1,500 acres of crystal-clear water perfect for fishing. To this day, descendants of the region’s first colonial settlers live in the area, embodying the very essence of the peaceful wilderness around them.

“We believe that the buyer of this property should be a lover of nature with a vision of conservation. They would utilize the land in service of others, enhancing the attractions of this property by creating a tourism development plan, without intervening with the natural ecosystems or native forests,” says listing agent María José Bórquez of Bórquez & Asociado, the exclusive affiliate of Christie’s International Real Estate. The stunning piece of land is listed for $150 million.

Should you want a bit of civilization, head to Tierra Patagonia Hotel and Spa, an adventure lodge located just outside of Torres del Paine National Park.