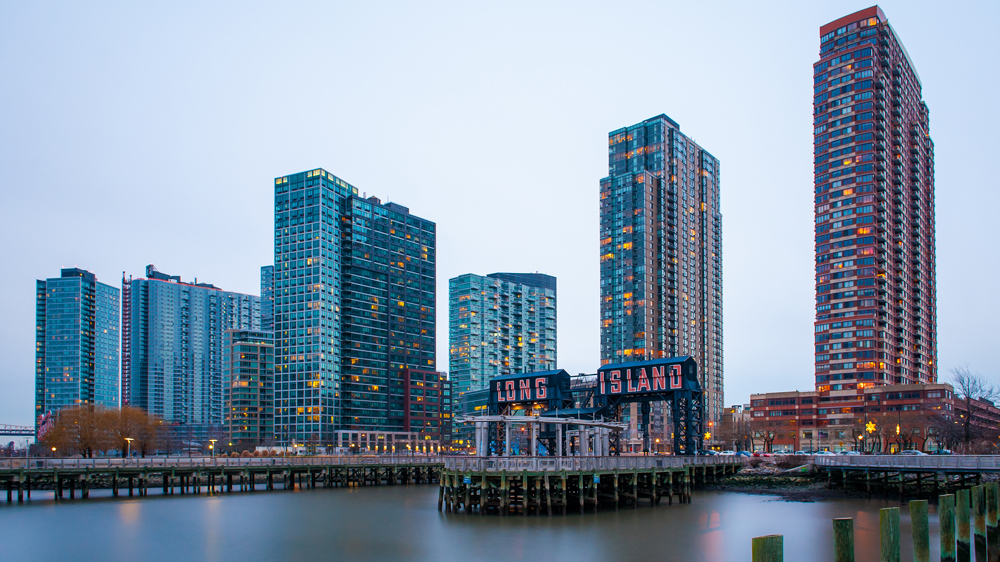 Months of speculation and anticipation came to an end this week when Amazon officially announced the joint selection of Long Island City in the Queens borough of New York City and Arlington, Virginia for its new headquarters. The two locales will split a $5 billion investment and over 50,000 high-profile jobs, the online sales giant said. “These two locations will allow us to attract world-class talent that will help us to continue inventing for customers for years to come,” founder and CEO Jeff Bezos wrote in a press release.

The pick spurred little surprise for analysts at REIS, a commercial real estate data and information outlet by Moody’s Analytics. Heeding Amazon’s search criteria—cost of living and of doing business, access to public transportation and to top talent, among others—REIS’s Barbara Denham and Victor Calanog ranked New York City and the District of Columbia as first and third potential choices. Suburban Virginia came in sixth in their 2017 whitepaper.

Both Long Island City and Arlington have seen their appeal soar in recent years. What drew Amazon to them might well be the same qualities that lure residents in—vibrant and growing communities, well weaved into the rich fabric of large metros with major political, economic, and cultural opportunities. Overlooking the East River and sprawling only one metro stop away from Manhattan, Long Island City has added over 10,000 new apartments in less than a decade—so many that, in 2017, RentCafe designated it as the fastest growing market since the recession. More than 3,000 additional units are to come online by 2020, according to a report by Localize.city, a New York-focused real estate portal. Roughly the same amount became available in the first half of this year.

“We definitely have enough rentals in the pipeline currently that they will be absorbed by the time [Amazon’s move] comes to fruition,” says Christina DeCurtis, real estate broker with Compass. She cautioned, however, that unless more developments emerge, prices will skyrocket.

Despite a price slump last winter, Long Island City is already among the most expensive enclaves in Queens. Average monthly unit costs range from $2,500 for a studio to over $4,000 for a 2-bed apartment, according to a report by MNS, a Brooklyn-based real estate brokerage. While any potential rise in rental prices will be substantial for Queens, it is likely to pale on the backdrop of the larger New York market. “It will reduce the discount between Queens and Brooklyn,” says Denham, senior economist with REIS.

When it comes to home buying, the median listing price in Long Island City exceeds $1.5 million, almost double the overall median for Queens, where most dwellers are renters. As Amazon employees settle in the neighborhood, DeCurtis expects purchases to spike, pushing developers toward condominiums rather than rentals.

Abatements, which New York City reinstated last year, offer a further incentive for new condo construction, she said. Such tax reliefs further swell the property-value gains for developers. An influx of Amazon workers in search of homes in the area could also alleviate the financial strain of expiring abatements on older buildings that are set to hurt current owners and landlords, DeCurtis said.

Like Long Island City, Arlington is to experience a boost in real estate demand. Unlike its northern counterpart, however, it is to sustain a larger impact on its housing market, Denham said. Shawn Battle, owner of the Battle Group/Orange Line Condo at Century 21 Redwood Realty, echoed that assertion. He estimated that 8,500 transaction occur inside the Beltway each year. Hence, only a few thousand new buyers could prompt a tectonic market shift.

Amazon plans to bring 25,000 jobs to its Arlington campus in National Landing, a swath that includes Crystal City and portions of Potomac Yard and Pentagon City. “If a lot of people are moved into the market, it is going to make the market a super seller’s market,” Battle says. “We already see a seller’s market for the most part in the area.”

That people want to move to Arlington is no grounds for wonder. John Eric, real estate agent with Compass, easily listed off the town’s many appealing traits—from transportation (proximity to an airport and an Armtrak station and a metro line) to recreation (sundry eateries and bars and parks) to education (some of the best schools and most educated workforces) to internet traffic. “It has become the It city,” says Deryl Judy, associate broker and one half of the Kimberly & Daryl Team.

Home prices reflect that desirability. The median home value is nearly $700,000, having jumped by 2.2 percent over the past year. Real estate listing platform Zillow estimates it will shoot up another 2.4 percent over the next 12 months, shaping a median list price per square foot twice as high as that for the Washington-Arlington-Alexandria metro.

Average rent in Arlington clocks a little over $2,000, which almost mirrors the rate in D.C., according to RENTCafe. Most of the new construction here is in the rental realm, said Battle, adding that it is “going to go crazy.” Investors will begin buying on the news that Amazon is moving in, ushering the first vestiges of price uptick, he said.

As more and more residents are set to flood the market over the foreseeable future, worries are starting to surface in both Arlington and Long Island City. Traffic is a major one—its magnitude could even overweigh any real estate advancements, Denham said. In Arlington, water taxis may absorb some of the brunt, Judy said. In Queens, DeCurtis said that congestion—on the streets, in schools, in parking lots and in various amenities—might prompt politicians to enact infrastructural updates.

And yet, the pains of growth, realtors in both locales agree, might well be worth the exalted profile that comes with housing one of the world’s most prolific companies.