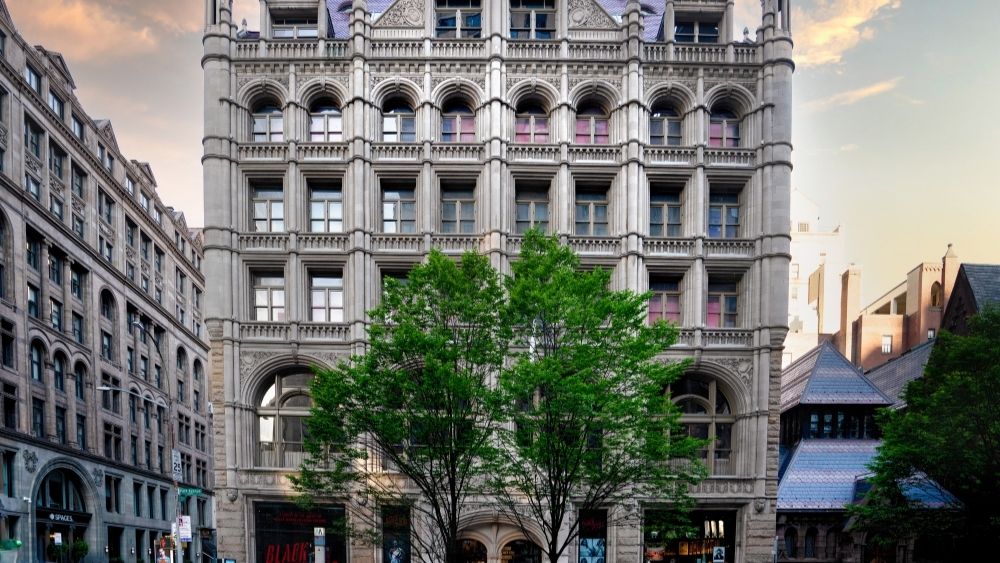 Listed by Official, the infamous venue, formerly known as the Church Missions House, is back on the market for $135 million as reported by Curbed. That’s $3,000 per square foot and almost three times the asking price Aby Rosen’s RFR Realty paid when it purchased the property in 2014. Built in the 19th century, the six-story building boasts an intricate exterior with stained glass windows, ornate limestone and lots of Gothic ornamentation.

“The buyer profile for 281 Park Avenue South is a collector of trophy real estate—both residential and commercial,” explained the listing agent Tal Alexander, co-founder of The Alexander Team at OFFICIAL, in an email to Robb Report. “RFR contacted us about the opportunity because we have had tremendous success with that buyer profile in the past. We also have some very strong momentum with the launch of our new firm OFFICIAL. This listing is an absolute priority for us.”

Inventing Anna viewers may recall that the 45,000-square-foot building was one Delvey had her sights set on and wanted to lease as the grounds of her eponymous foundation. She never realized her lofty dream of turning the space into an exclusive, private members’ club. After swindling her way through the New York social and financial scenes, she ended up spending 19 months imprisoned at Rikers Island.

Instead, the property went to Fotografiska, a Swedish photography museum that brokered a 15-year deal with RFR in 2017. The firm purchased the six-story building for $50 million in 2014 and completed a $30 million renovation. (For perspective, Delvey tried to secure a $22 million loan to buy the space.) RFR brought on award-winning design firm, Roman and Williams, for the interiors and CetraRuddy oversaw the project. As it stands, the first three floors are dedicated to museum space with restaurant Verōnika on the second floor and a cocktail lounge that’s tucked away in the chapel.

“281 Park Avenue South was very well known to New Yorkers before the TV show—it’s one of the most instantly recognizable buildings in the city,” Alexander added. “I think what Inventing Anna did was put the building on a much bigger stage. People visiting from all over the world now come to take selfies with the building.”