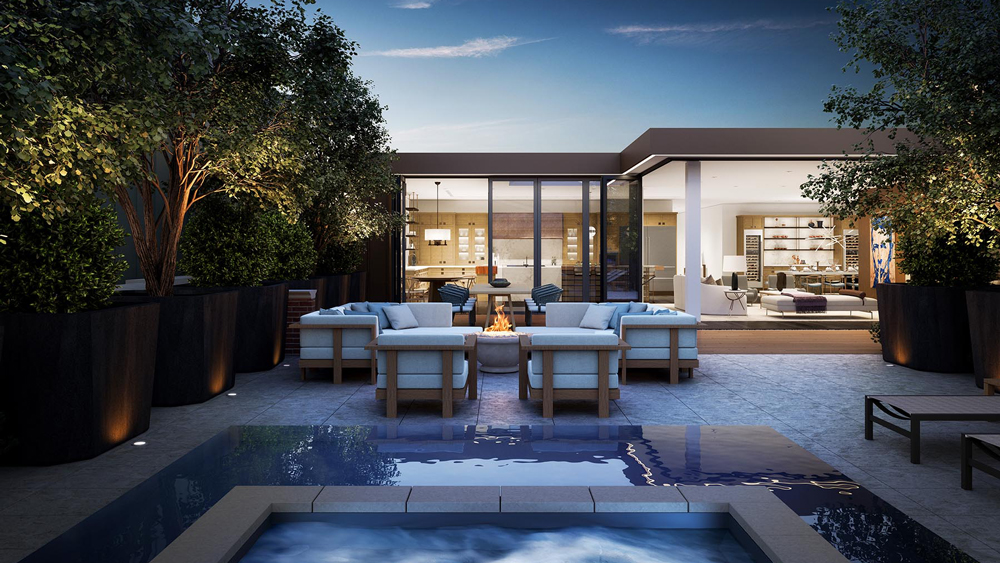 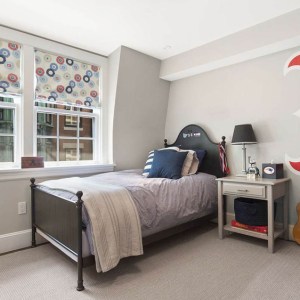 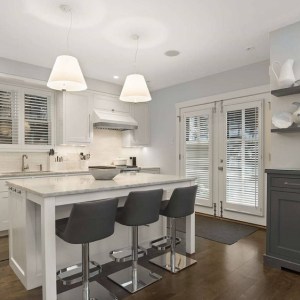 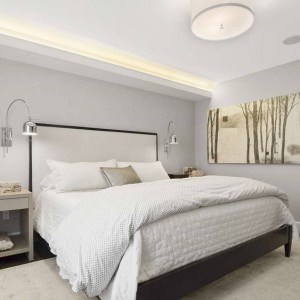 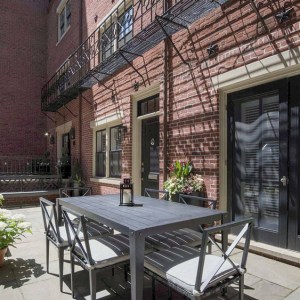 Across America, this is a common snapshot in newer cities where affluent 20- and 30-somethings are starting fresh in more affordable secondary markets.

But this particular scene isn’t happening somewhere new. It’s happening in one of the oldest cities in America: Boston.

While the traditional neighborhoods of Beacon Hill and Back Bay are still alive and well, the growth of Boston’s luxury offerings are front and center in Seaport–a neighborhood that was literally underwater until the late 1800s and is now thriving as an example of the future of American living.

“It’s truly an iconic location,” says Janice Dumont, CEO of Advisors Living, speaking about the site of new building Pier 4–a dramatic, curved, 106-unit enclave tucked behind the Museum of Contemporary Art on Seaport’s northern side.

Pier 4’s modern architecture (designed by renowned firm SHoP), full-service amenities, and integrated waterfront living are drawing buyers from far and wide to the urban environment. (Some are paying as much as $4,200 per square foot for penthouses.)

“[Based on all on of this], Seaport has created a new destination within the city,” Dumont says.

As much as a skyline dotted with cranes and construction is dizzying in Seaport, the center of traditional Boston luxury still resides in the #5 neighborhood of our Top 10 Priciest Neighborhoods in America: Beacon Hill.

The full-service, seven-story building (half of which was the original Suffolk University Law School) underscores the immense work and effort required to restore and modernize a piece of living history–and how attractive that proposition is to luxury buyers.

What started as 75 residences of varying sizes has been condensed to 61 condos due to buyer requests, many averaging above $5 million. (Davis could not give specific sales figures, but noted that they have been “robust.” The building will be completed towards the end of 2019.) The Archer Residences had to work with several historical commissions to carefully restore the combined building, retaining Beacon Hill’s trademark charm and style along the way.

Coupled with extremely limited inventory in single-family homes, Beacon Hill stands to remain an epicenter of Boston luxury for some time to come.

Just across Boston Common, the Four Seasons Boston Hotel and Residences remains another mark of traditional Boston affluence. Built in 1983, the residential side of the building has long been home to some of the city’s wealthiest people with a location overlooking the park and one of the earliest examples of modern, full-service amenity living in the area. Since its opening, residences have rarely traded on the market and haven’t been available for long.

The success of the original property spurred Four Seasons to build a large new residential/hotel hybrid tower just a mile-and-a-half away at One Dalton.

“It’s in a class all its own,” says Michael Carucci, executive vice president at Gibson Sotheby’s, who is closely affiliated with the 61-floor project.

While he can’t reveal sales numbers, he did say that the building is 75 percent sold with “sales at a record pace compared to other Four Seasons projects around the world, and at price premiums above the Boston market that are higher than most price premiums achieved by other comparable projects in their respective markets.”

“Boston is becoming such a global destination [for the ultra-wealthy]. A lot of us were wondering: What took so long?” he says.

Opening in spring 2019, One Dalton will bring 160 condos perched above the new hotel, which marks a decided shift in the local luxury market. Three separate floors are earmarked as dedicated amenity spaces, with several floors at the top of the building reserved for unfinished penthouses. Pricing will range from $2.5 million to over $40 million.

Carucci noted that luxury buyers across the entire spectrum–not just the younger set–are looking for all-in-one, live/work/play lifestyles, drawing them to buildings in places like Back Bay and Seaport that are close to major commercial centers.

“There’s no longer an appetite for commuting,” he says. “It’s very important to people to not to sit in traffic anymore.”

Perhaps therein lies much of this newfound attraction to Boston: it’s a highly walkable city. End-to-end isn’t much more than an hour at a strolling pace, and many of these newer projects are taking advantage of the old “location, location, location” adage.

Boston’s next major neighborhood renewal, Lovejoy Wharf, takes advantage of its waterfront location. While Related Beal has already opened a 15-story, 157-unit building right next to the relocated Converse HQ (and complete with an Instagrammable restaurant facing the water), that’s just the tip of iceberg.

This largely quiet residential area sits next to TD Garden and a major transit hub, and as it stands could be Boston’s next micro-hotspot.

“The evolution has been really interesting,” says Sue Hawkes, managing director for the Collaborative Companies. “It’s been a niche area that was formerly cut off by some of Boston’s man-made boundaries.”

Besides shoes and brunch, the Hub on Causeway is bringing a major mixed-use development–complete with Boston’s largest supermarket–to a site across the street from the sports arena. The planned residential and office components are aimed at attracting tech and advertising workers–the ones that can afford luxury properties and the required amenities of 21st century living. (Verizon has already pre-leased a significant chunk of the building’s available office space.)

However, all of this new inventory coming online may present new challenges for a city that has traditionally had a tight luxury housing market.

“The developers are going to have to deliver a really good product,” Carucci says, “because over the next couple of years there will be fierce competition for buyers. There’s no question about that.”