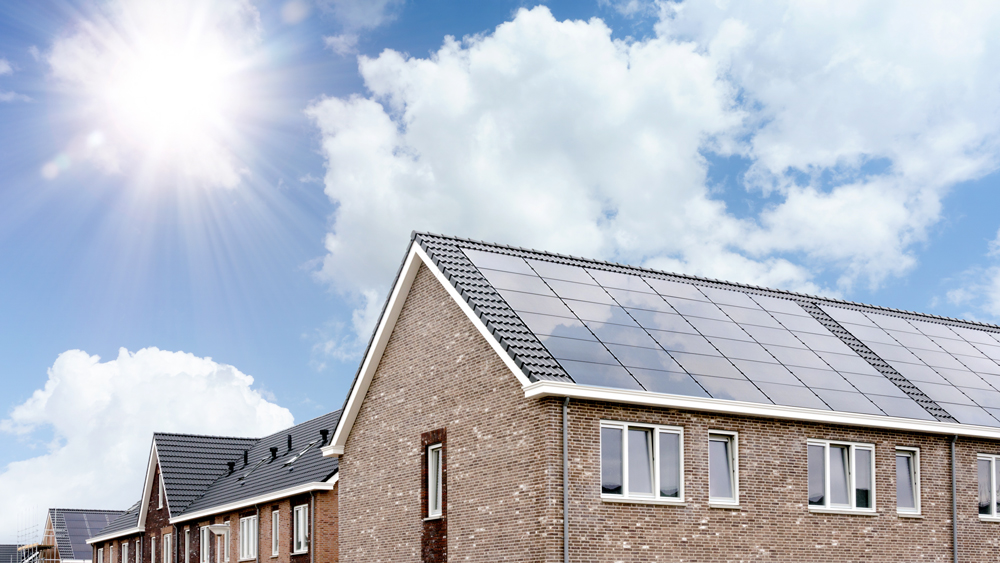 Beginning in 2020, newly built homes and multi-family residences in California that are up to three stories high must have rooftop solar panels or connect to shared solar systems. The rule, first passed as a measure by the California Energy Commission in May, secured the approval of the Building Standards Commission in December to become the first regulation of its kind in the country.

Under the new code (which includes an exemption for properties that are generally shaded from the sun), the average home is expected to use 53 percent less energy than before. The rule is set to buttress California’s objective of drawing 100 percent of its electricity by renewable energy sources by 2045.

Currently, only 15 percent of newly erected houses boast solar efficiency, a VOX report indicates. The California Energy Commission estimates that the regulation will slash around $80 from monthly utility bills. Drew Bohan, executive director of the energy commission, estimates that a homeowner will save around $19,000 over the course of a 30-year mortgage.

In order to save, however, homeowners will have to first spend–roughly $10,000 for the panels, according to the Commission, a figure that some market experts put several thousand dollars higher.

And herein lies disquiet about the upfront costs and possible consequences in one of the nation’s most exorbitant real estate markets. “In California, we have very high home prices already, over $500,000,” says Erin Stumpf, a Sacramento-based broker associate with Coldwell Banker Residential Brokerage, adding that buyers who cannot outright afford solar-spawned price spikes have alternatives such as leases and power-purchase agreements.

Nonetheless, these are problematic in themselves, even if California officials have touted them as tenable solutions. Forfeiting ownership, leases and power-purchase deals with solar companies add utility outlays to mortgage loans that could derail sales by disqualifying potential buyers and coaxing sellers to shed considerable sums to exit such contracts.

“Not only has the home become more expensive because there is the cost of putting solar on it, but now, you have a buyer who [may not] qualify for the loan,” says Stumpf.

Joe Reichling, a Los Angeles-based realtor with Compass, agrees. When he remodeled his own home, he did not even explore leases. Instead, he parted with an extra $25,000 for solar panels and electric connections. “If and when I sell my house, I do not want to pass on an existing encumbrance to a buyer,” he says.

Ownership could also help showcase energy savings to interested buyers, says Rachel Swann, managing partner of the Agency’s San Francisco office, elaborating that incentives such as rebates could put solar panels within the reach of more homeowners, who are already saddled with spiking interest rates.

“If they cannot charge more for a home because the market will not bear it, then maybe they will not build in California,” says Stumpf. “Maybe they will move to another state and spend their resources there, where they do not have that mandate and homes are more affordable.”

Max Armour, one of San Francisco’s top performing real estate agents affiliated with Compass, however, sees opportunities in the obstacles. He believes the solar rule might not only prompt builders to purchase solar panels in bulk, pushing their price down, but also to revamp their techniques, following other solar innovators like yachts and airplanes.

“What is going to happen is that there is going to be some innovation within the construction industry,” he says, adding that developers could build homes around the need for solar systems, rather than heeding it as an afterthought.

Of course, any adverse repercussions would ripple through the lower end of the market with higher potency than through the upscale segment of California’s real estate market, where renewable-energy fixtures are already a growing paradigm and a pleasing selling point.

“I do love the idea of California leading the way in global climate change initiatives,” says Armour. “This is just another piece that can move us toward a better world.”