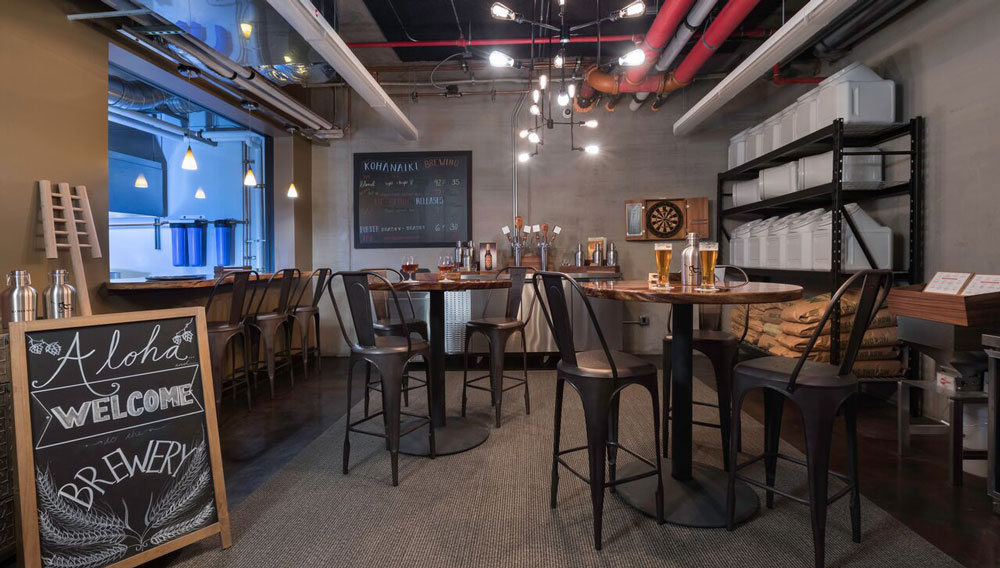 From restaurant server to brewmaster, Garratt Fitts is bringing the art of craft beer to the Big Island of Hawaii. Situated on the picturesque shores of the Kona Coast, the 450-acre residential community Kohanaiki plays host to a Rees Jones–designed golf course, an assortment of luxe amenities, and, now, an exclusive, members-only on-site brewery.

Opened this year, the 300-square-foot Kohanaiki Brewery came to life after Fitts first introduced his homemade beer at a staff party. Management was so impressed by his ale that a partnership soon formed, and Kohanaiki became the island’s first private club to have its own brewery. The trendy space—curated by interior designer Kae Elledge—is a fusion of blacks, grays, and browns, which effortlessly complements the industrial style of the tasting room. The customized brewing system and equipment come from Toledo-based manufacturer Sabco Inc.

Kohanaiki Brewery“When I began my journey in craft beer as a home brewer a decade ago, I hoped to one day professionally share my passion as a vehicle to foster friendship and community over plate and glass,” says Fitts. “The brewery’s story epitomizes the culture, leadership, and values of Kohanaiki, and our goal is to continue encouraging our members and staff to chase their passions right here.”

The Kohanaiki Brewery has been a smashing success in the community since opening. The local favorite has become the light yet full-flavored Kohanaiki Blond ale, which members are particularly fond of drinking after a round of golf or time spent at the beach. The two other flagship beers include the brown ale and a porter, and there are plans to introduce the Kabocha Pumpkin Oktoberfest ale in time for fall. So far, the brewery only provides beers on tap (upon special request, members can have a half-gallon growler filled to take home), but there are plans to offer limited-edition bottle releases exclusively to members in the near future.