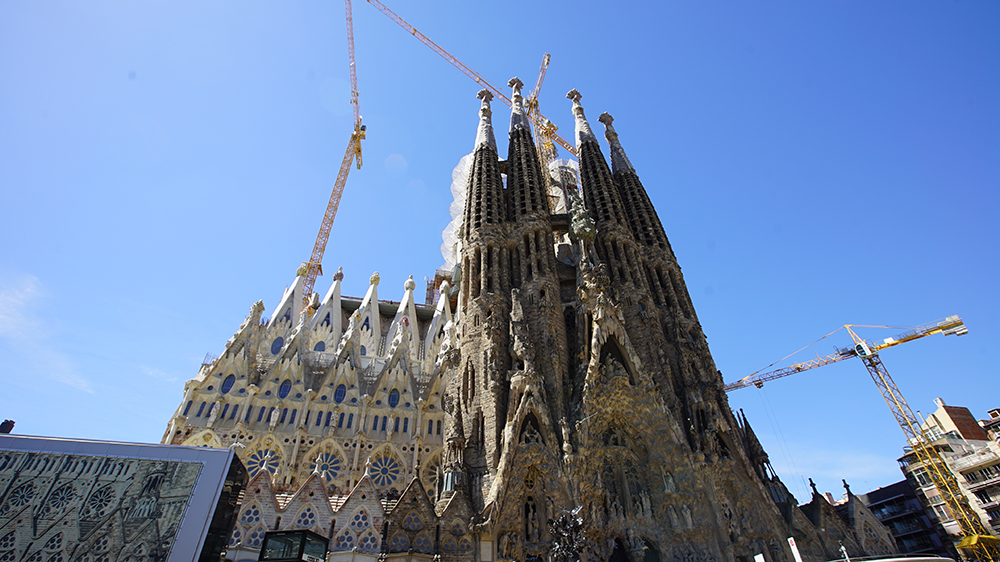 If you’ve ever wandered the streets of Barcelona, it’s likely you fell in love with three things: €1 pintxos, jugs of sangria, and the architecture of Antoni Gaudí. The city has the highest concentration of the towering architect’s buildings—his intricate mosaics and surrealist shapes seem to crop up on every corner. And now, one of the Catalan legend’s most iconic works will finally a chance to come to completion—137 years after its inception.

The Cathedral of La Sagrada Familia, which technically has been under construction illegally since 1882, was granted its first official building permit on Friday, June 7, with a projected completion date of 2026. Janet Sanz, Barcelona’s deputy mayor for ecology, urbanism and mobility, tweeted a photograph of her signing the permit, stating that Barcelona’s city council permit came with a €4.6 million ($5.2 million) fee—making it perhaps the world’s most expensive permit. That fee comes on top of a $41 million fine, which was imposed upon the building trustees last fall for continuing to work on the UNESCO world heritage site without a permit.

Cranes and rubble have become permanent fixtures of the neo-gothic basilica, which has had a complicated and long history. Gaudí took on the project after the original architect resigned in 1883 and was subsequently hit by a tram outside of the construction site in 1926 when the building was around 20 percent complete. Then, the Spanish Civil War brought construction to a standstill in 1936, and the majority of Gaudí’s original plans were destroyed. When building resumed in 1939, funding holdups, strikes and problems deciphering Gaudi’s vision continued to stifle progress.

Finally, in 2012, Barcelona-born architect Jordi Faulí assumed control of the project and gave it a much-needed reboot. Faulí utilized sophisticated, new modeling technology (3-D scanning and prototyping), to produce a detailed virtual model. This meant structural problems which daunted previous designers could now be solved with the click of a mouse. The Construction Board of the Sagrada Família Foundation released a video showing a time-lapse projection of how construction would unfold over the next 13 years.

At present, the cathedral is around 70 percent complete. According to Fauli, six more towers will be added to the basilica by 2026, bringing the grand total to 18. When it’s completed, the cathedral will be the tallest religious building in Europe—standing at 564 feet—and if it’s finished on schedule, it will mark exactly 100 years since Gaudí’s death. Seems to be a fitting tribute to one of the world’s greatest architects.