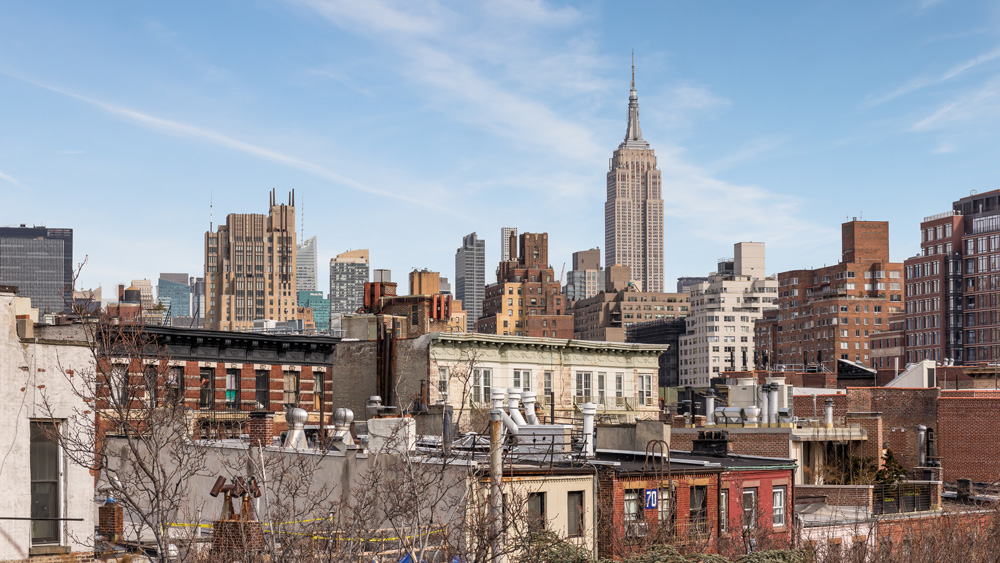 When Bobby West, a real estate agent with Coldwell Banker Real Estate Services, recently held open houses in Pittsburgh, he noticed a trend: both millennials and baby boomers flocked to the properties, attracted by the square footage and price. While he found that millennials searched for a home to turn into a family nest, baby boomers looked for a place to downsize. These two dynamics are starting to play out at both the low- and high-end of the real estate market.

Millennials (commonly defined as those currently between the ages of 22 and 37) used to prefer urban apartment living, while baby boomers (those born in the mid-20th century) owned sprawling suburban edifices. While many may still do, preferences are steadily shifting.

“I think it has a lot to do with the natural cycle of life,” says Santiago Arana, a Los Angeles-based real estate agent with the Agency. Millennial households spiked to 28 million in 2016, a steeper increase than any other age group, according to the Pew Research Center. In the same year, over one million millennial women become first-time mothers, and over half of their peers ranked “being a good parent” a top priority.

“The moment they start having children and family needs, they want to go to more residential, family-oriented areas,” says Arana.

The majority of millennials expect to purchase a home in the next five years, Nationwide Mortgages, an online mortgage aggregate, reported. Over half of 20- and 30-something home seekers are in the market for the first time.

Baby boomers, on the other hand, occupy the opposite gradient of life’s trajectory, where retirement creeps in and children move out. Currently, boomers own nearly $13 trillion of U.S. real estate—or two out of every five homes in the country, according to a Fannie Mae report. The authors, however, predict a swooping exodus due to the pull of rentals and senior facilities.

While buying smaller properties may sustain the high rate of baby boomers’ home ownership, the altogether departure from it might already be underway. U.S. Census information from 2016 indicates that baby boomers are the fastest growing segment of renters. Data from the Integrated Public Microdata Series – Current Population Survey (IPUMS – CPS) shows that baby boomers’ homeownership has slumped in 34 of the nation’s 50 top markets from 2010 to 2017. Cities like Denver, Tampa, Memphis, and Pittsburgh are seeing decreases. West, the agent from Pittsburgh, can attest.

“Pittsburgh has a really nice stock of condos, and the baby boomers that I have been working with most recently owned a large home, where they have raised their family,” he says. “All the kids have moved to college and graduated and it’s time to downsize, and they are looking at condos in the North Oakland neighborhood.”

Conversations with realtors across the country reveal that in-demand features stay consistent regardless of the location. Whether in New York City or Los Angeles, millennials lean toward modern, open-floor concepts with a vibe of informality—either ingrained in the design or quickly attained.

“Someone said to me last week that they are turning the dining room into a playroom, because they were not at the stage where they would ever have people over or use the dining room,” says Danielle Wiedemann, a realtor with Sotheby’s International Realty in New York, of a millennial client.

While they may be eager to slightly tweak a home to match their taste, millennials are shying away from overwhelming renovation projects. They prefer new-construction, move-in residences, says David Parnes, a celebrity realtor starring in Million Dollar Listing Los Angeles. Reasons given for this preference include working long hours (millennial tech entrepreneurs power the Los Angles market, Parnes says) to having young children to even, in some cases, the 21st-century desire for instant satisfaction.

“I think that in the age of HGTV, as fun as it is to watch other people tear a house apart, it is eye-opening to realize that there is a lot more work than meets the eye,” says West. “So a lot of young folks that I work with are very conscious of what needs to be done and what is already done.”

Even though baby boomers may not mind a revamp as much as millennials do, they also seem attracted to recently built abodes. In that way, the market is converging, says Frank D. Isoldi, a real estate agent affiliated with Coldwell Banker Residential Brokerage in New Jersey. “They are trending toward the new(er), not the megamansion any longer, and they want super convenient locations,” Isoldi says.

Baby boomers often look for a walkable lifestyle and entertainment options. Many are ready to revive old pursuits now that their children have flown the coop, and that often includes frequent and hassle-free visits to restaurants, museums, shops, and theatres. Manhattan is a case in point. Wiedemann says that many baby boomers are drawn to the neighborhood because it’s convenient and easy—and because they can ditch the car.

But well-to-do baby boomers are not just craving a New York state of mind. They want homes with character, like proximity to and views of Central Park or a townhouse with a hidden back garden. “Baby boomers mostly look for something special that would make them feel like that it is okay that they got rid of their large house,” says Wiedemann, adding that many move to high-end rentals with one-of-a-kind traits.

On the West Coast, baby boomers are also reducing their residential footprints—but without giving up home attributes like wine cellars, secluded master suites, and several additional bedrooms. They may be empty nesters, but “they want the kids and grandkids to come visit, so they want to make sure that they have enough space,” says Ricardo Santa Cruz, president and CEO of RSC.

Santa Cruz kept family reunions in mind when working on Mandarina, a Mexico-based, One&Only-branded resort and residential community. The development appears to present a case study for how to advertise to both generations. It speaks to baby boomers who want a memorable and easily accessible destination to gather with their offspring—and it offers amenities that cater to millennials. A second home may not be on the radar for most millennials, but, Santa Cruz says, a focus on travel and unique pastimes tugs at some.

“When they hear about a development like ours, they go, ‘Wait a minute, there is no golf,’” he says. “Instead of golf, you have horseback riding and a kids’ farm and zip-lining. Suddenly, all of these different activities that break the traditional mold really draw their attention.”

Nonetheless, marketing to millennials—who are known for doing extensive research online before visiting a property—is no easy task. They are more erudite and prepared, says Todd Peter, agent with Sotheby’s International Realty in Palm Beach, Fla. “Our job [as realtors] is to add further value about each neighborhood by having local knowledge and off-market properties—things they cannot see by going online,” he says.

Developers and sales agents of projects like Mandarina have a higher bar to surmount—anticipating the zeitgeist yet to dawn. Millennials and baby boomers, which together comprise a vast portion of real estate clients, dictate the industry, but their changing lifestyles make it hard to predict what will appeal to them in two or three years. And a new condominium may take even longer than that to come to the market. “Developers tend to try to stay with what has been tried and proven in the past,” says Santa Cruz. “These developments take years to come online, so a lot of times, once they come online, they realize ‘We totally missed the trend.’”

Though it can be hard to gauge the ever-changing real estate market, developers and agents alike remain committed to building and showing properties that appeal to both millennials and baby boomers. Increasingly, those properties are one and the same.