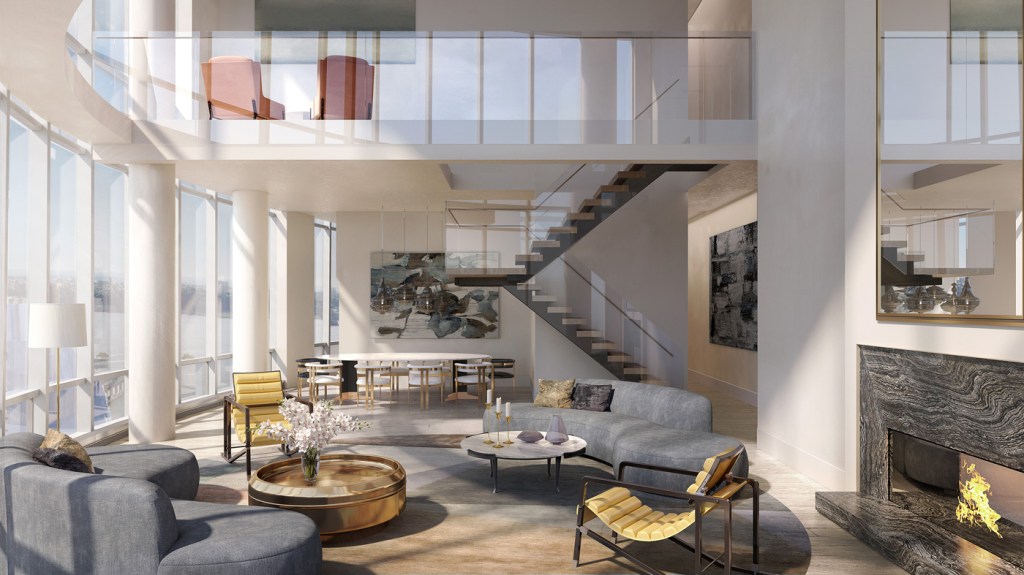 Many North American cities are eagerly waiting for Amazon to announce where it will build its massive HQ2. The reason? The project will not only bring a cascade of wealth to the lucky location, but it will also create a massive real estate ripple effect. While Amazon has not yet announced the winner, the following three cities are all feeling the tech boom.

The charming neighborhood on the West Side of New York has evolved into a powerhouse when it comes to attracting some of the biggest tech companies in the world. Amazon recently signed a 360,000-square-foot, 15-year lease in the area, a move that will attract an estimated 2,000 workers. Twitter and Netflix have also recently moved into the neighborhood. But the biggest tenant is yet to come: Google has just announced that its parent company, Alphabet, will be acquiring Chelsea Market—the beloved urban food hall—for a jaw-dropping $2.5 billion. (The deal is the second-most-expensive single-building sale in New York history, surpassed only by the GM Building, which sold for $2.8 billion in 2008.)

And while supply in land-strapped Manhattan is always tight, one massive new Chelsea project will soon unleash a staggering supply of luxury homes. Hudson Yards will include approximately 4,000 residences along with office towers, a public school, a collection of restaurants curated by Thomas Keller, and New York City’s first Neiman Marcus. One of the most impressive residences is Penthouse 88B at Fifteen Hudson Yards, which is listed for $32 million through Corcoran Sunshine Marketing Group and Related Sales.

This 5-bedroom, 5.5 bath Sky Duplex is currently on the market for $10.995 million. Steve Gold at Town Residential has the listing.

While Hollywood may be the birthplace of the film industry, parts of Los Angeles are evolving into a central hub for the latest wave of entertainment: original content produced by the world’s biggest tech companies. Two giants, Amazon and Apple, are currently constructing Culver City headquarters for their original content endeavors. This, coupled with the ongoing explosion of high-tech offices in Silicon Beach, has created one of Southern California’s fastest-rising real estate hot spots.

“In Culver City, we’ve been seeing median prices jump about $150,000 per year since 2013. . . . The median home price was $1.195 million in July 2016 and $1.4 million in July 2017,” says real estate agent Todd Miller of the relatively small city where Amazon is renovating 280,000 square feet in Culver Studios (where Gone with the Wind was filmed). Nearby, the headquarters for Apple’s original content division are under construction with an estimated opening date slated for late 2019.

“The announcements from Amazon and Apple feed into this narrative by motivating investors to buy more properties for the tech executives they think will want to live closer to work,” says Miller, who currently has Culver City’s most expensive listing ever, a newly constructed Hamptons-style home on the market for $2.99 million.

Nearby, in Playa Vista, Google will soon move into its massive new Los Angeles headquarters that also come with Hollywood bragging rights: Google is renovating the former Spruce Goose airplane hangar—which once housed Howard Hughes’s massive aircraft—to include more than 400,000 square feet of cutting-edge office space. The tech titan will join other Silicon Beach companies, including Yahoo, YouTube, and Facebook. “The executive and high-end talent formed by the fusion of tech and entertainment industries continues to create waves of demand for luxury homes, especially across the Silicon Beach section of Los Angeles,” says Alison Girard, director of marketing at Brookfield Residential. Last year, Playa Vista saw a staggering 317 percent increase in sales volume for single-family-home sales over the same period of 2016. “Tech titans want to be near the entertainment industry, and this further fuels the high-end market,” says Girard.

This 3,400-square-foot newly constructed Culver City home is the area’s most expensive listing at $2.999 million. kelleyandtodd.com

Austin’s tech cred now extends far beyond the annual SXSW media and music fest. Since Dell was founded there in 1984, the Texas city has evolved into a true magnet for both start-ups and established companies. In 2016, Apple quietly opened its biggest office in the world in north Austin. Located on 38 acres of wooded land, the 1.1-million-square-foot campus brought in thousands of employees. And last year, Google opened its sprawling, very high-concept offices in downtown Austin. Measuring 300,000 square-feet, the 28-story building houses more than 400 employees and includes an Airstream food truck and rooftop dog park.

A new breed of innovative home communities has sprung up to meet the rising tide of tech-inflected home buyers. At the Headwaters and Orchard Ridge communities, developers fuse high-tech amenities with a series of intentionally tech-free experiences. Community gardens, parks, and hiking trails surround entry- and mid-level-priced homes as well as WeWork–inspired coworking spaces. “Many customize their homes to suit their careers, including upgrading their Internet speeds and modifying floor plans to accommodate home offices,” says Savannah C. Carter, Texas marketing manager for developer Freehold Communities. The communities have attracted home buyers from Spectrum, Oracle, Apple, and Dell.

The shift is also impacting the area’s luxury market. “Tech has definitely changed the luxury market in Austin. The high-tech industry churns in and out highly paid executives who buy nice homes,” says Kuper Sotheby’s International Realty agent Gary Dolch, who held Austin’s most expensive listing in 2016 at $14.2 million and in 2017 at $25 million. “The volume of homes listed and sold over $1 million has been increasing each year, and while the average price per square foot hasn’t moved up much over the last few years, the price point of properties has increased dramatically.” Dolch, along with agent Michelle Dolch, currently have the most valuable residential property listed on the MLS—a $42.5 million 65-acre ranch. And more mega-properties are on the way, says Gary: “The values of some of the homes currently under construction along Lake Austin will undoubtedly be the most valuable Austin has ever seen with some topping $50 million.”