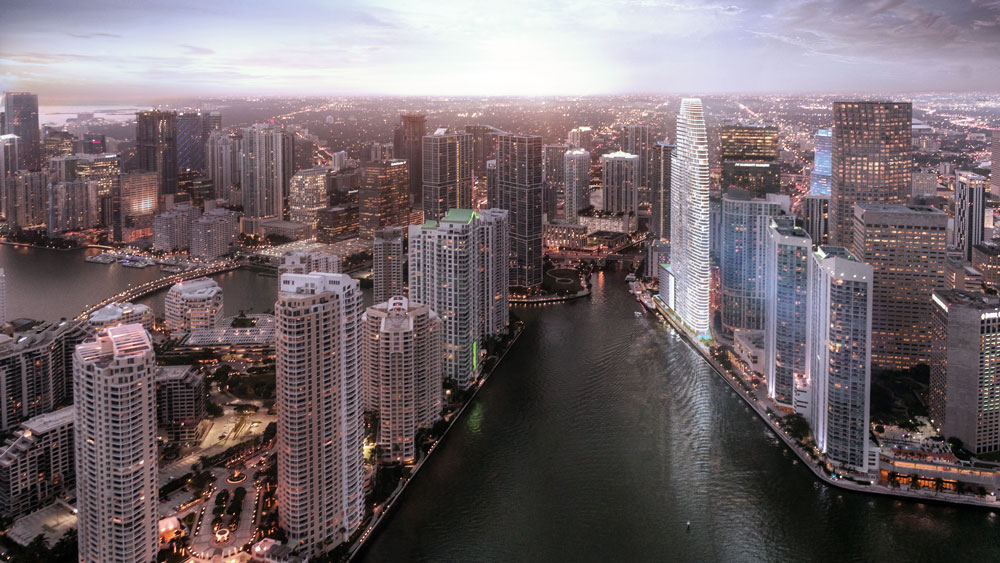 Eyebrows were raised back in September when the stark-white Miami Beach ocean-view condo owned by the late superstar architect Zaha Hadid sold for $5.75 million. The surprise didn’t come from the seemingly lofty price tag, but from the fact that just a year before the 2,400-square-foot, three-bedroom condo had been listed for $10 million.

While that 42 percent reduction was no doubt significant, it paled in comparison to the price adjustment for the famed Ziff family estate a little further north in Manalapan, Fla., just south of Palm Beach. Back in January 2016, the sprawling 15-acre oceanfront compound, owned by the late publishing magnate William B. Ziff, went on the market for an eye-watering $195 million. Today, there are still no takers, despite the current $137.5 million asking price—which is a $57.5 million drop.

“The high-end luxury market is definitely softening right now,” says Daryl Fairweather, chief economist at Redfin, the Seattle-based real estate brokerage and research firm. According to a recent Redfin survey of more than 500 of the highest-priced listings in the U.S. during the second quarter of 2018, the combined reduction in asking price amounted to a staggering $1 billion.

“I wouldn’t call it a crash in the luxury market, but there’s definitely a significant readjustment in pricing going on,” says Fairweather.

It’s not just Florida that’s seeing property prices tumbling. One of the key casualties in the property price slump is the Big Apple, where the stock of high-priced homes, especially sleek new condos, is piling up.

In the market for an 8,000-square-foot, 65th-floor penthouse at the new 252 East 57th Street condominium tower on Manhattan’s so-called Billionaires’ Row? You might be glad you waited before leaping in with your checkbook. A year ago when the building opened its doors, the penthouse was listed at $37.5 million. Right now it’s available with an asking price of $29.75 million, a drop of $7.75 million, or 21 percent.

It’s not just new skyscrapers that are suffering. A 7,000-square-foot penthouse on top of the nine-story 11 North Moore Street development in Tribeca hit the market in 2014 for $40 million. In August, it finally sold for $20 million—half its original asking price.

And spare a thought for the Rolling Stones strummer Keith Richards. Two years ago, the wrinkly rocker listed his four-bed Manhattan penthouse at One Fifth Avenue for $12.23 million. In September, he finally offloaded the home for $9.95 million—a non-trivial $2.28 million reduction.

“Right now, everything is being sold at huge discounts, which is how the market in Manhattan is moving,” says Donna Olshan, president of Olshan Realty, which tracks contracts signed for Manhattan properties above $4 million. “At $4 million and above, the market is struggling simply because it is overpriced. Sellers are not being realistic. Properties are only selling if owners accept offers typically 15 to 20 percent below asking,” she adds.

Fueling the downturn is an overstock of pricy properties. Jonathan Miller, chief executive of New York estate appraisers Miller Samuel, predicts the stockpile of new, luxury Manhattan apartments for sale in 2019 will increase from last year’s 6,300 units to over 7,900. “There are buyers out there, but right now they are kicking tires and waiting to see where the market goes,” he says. “The sense of urgency just isn’t there. And much of the problem is that sellers are still disconnected with market conditions. They are still pricing property at levels a year or two years back. That is not today’s market.”

The slowdown of sales doesn’t mean the market is doomed, but it does mean sellers will need to be more realistic. “There’s a general slowdown for the most part across the board at the high-end,” says Liam Bailey, global head of Knight Frank’s research department. “There’s little room for aspirational pricing.

A number of other factors are contributing to the sales slowdown. New federal tax law, introduced last January, puts a $10,000 cap on deductions of state and local property and income taxes. In cities like New York, which has some of the highest state and local taxes in the country, that’s a big deal.

“This deduction cap has thrust a dagger in the heart of the New York property market,” says Olshan. “Buyers are thinking twice before moving up the property ladder to a more expensive home.”

Fluctuations and lack of confidence in the stock market is also causing concern to buyers, says Fairweather. “At the luxury end of the market, people tend to take profits out of their stock accounts and use them to invest in real estate. The rollercoaster market doesn’t inspire confidence.”

In addition, foreign buyers, responsible for some of the highest-priced sales in 2014 and 2015, are now facing a stronger dollar. According to Fairweather, cash-paying Chinese investors, many of whom fueled the raging home prices in areas like Seattle, San Francisco, and San Jose, are now finding it more difficult to transfer money out of China. The weakened pound and euro are also discouraging European buyers from investing.

Overseas buyers, who have been credited with fueling the luxury condo boom in southern Florida are now, it seems, contributing to its downturn. According to Miami real estate watchdog Peter Zalewski (who runs the influential CraneSpotters.com website), as of early November, there were more than 2,893 luxury condo units priced at an average of $1 million, for sale in the city of Miami Beach.

“Foreign buyers are turning away because of the strength of the dollar, the uncertainty of the economy, and the government’s tougher immigration policies. It is creating real challenges for developers.”

Yet despite this, the pace of construction does not appear to be slowing. According to Zalewski, Miami currently has 102 high-luxury condo towers under construction—everything from the 66-floor Aston Martin Residences (penthouses from $50 million), to the Estates at Acqualina in Sunny Isles Beach, with prices up to $35 million.

“I do think the worst is yet to come. By next summer, many of the cranes will have come down, developments will be completed, and the pressure to complete sales will be intense. The vultures may be circling, but for the time being there’s no carcass. That will come,” says Zalewski.

Over on the West Coast, luxury property is seeing some equally dramatic cuts, though Fairweather again attributes many of the price reductions to ambitious pricing. That was likely the case with the so-called Billionaire mega-mansion in Bel Air. When it hit the market in January 2017, this 38,000-square-foot spec home, built by developer Bruce Makowsky, was listed at $250 million, making it America’s most expensive home. Last April, the price was shaved by $62 million to $188 million. It remains on the market nearly two years later. “There is a struggle to sell these homes because the developers created too much competition and inventory among themselves,” says Susan Smith, an agent with Hilton & Hyland.

Berkshire Hathaway CEO Warren Buffett was no doubt also seeking a big payday when he listed his 3,588-square-foot ocean-view vacation home in Laguna Beach, Calif., for $11 million back in February 2017. It was only after he cut the asking price this past August by $3.1 million that he reeled in a buyer. Don’t feel too sad for Mr. Buffett’s loss though; he bought the home in 1971 for just $150,000.