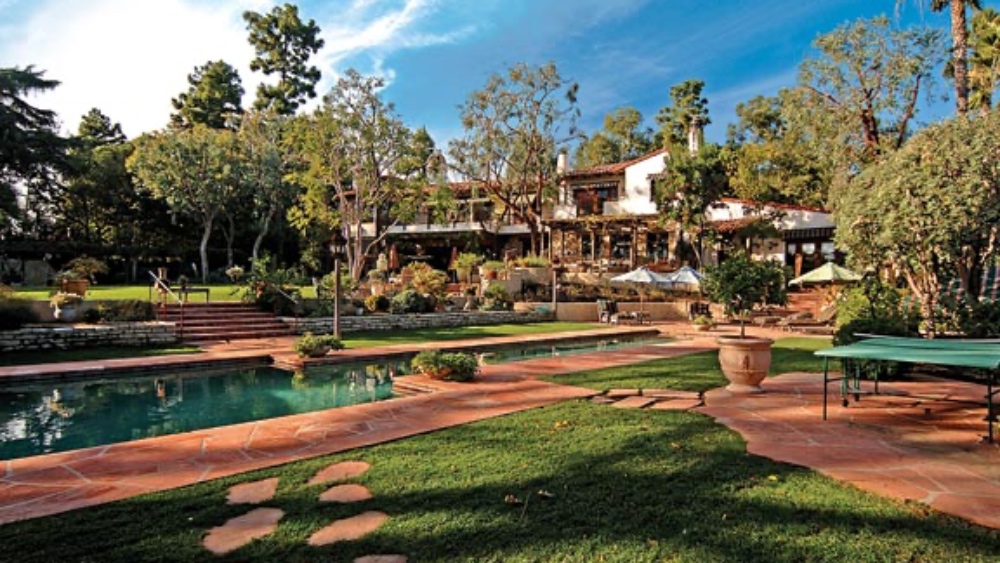 MacKenzie Scott’s immense giving spree made headlines this past summer when she donated two Beverly Hills mansions to charity. Now, one of those palatial estates has just sold for $37 million.

According to property records, celebrity music producer Mike Caren is the new owner of the 12,000-square-foot abode on North Alpine Drive. The Spanish-style home sits on two acres near Coldwater Canyon Park and has seven bedrooms and seven bathrooms. There’s also a detached guesthouse, a swimming pool, home theater, full-size tennis court and parking for more than 12 cars. But don’t worry, the proceeds are going back to the California Community Foundation.

Scott, who turned over the property to the CCF in July, originally purchased it in 2007 for $24.4 million alongside ex-husband Jeff Bezos. The home formerly belonged to Warren Buffet investor Rick Guerin in the ‘90s, reported Dirt. The couple also owned a second, ranch-style house together on the same block, which they acquired for $12.9 million in 2017. After the pair divorced in 2019 after 25 years of marriage, Scott obtained sole ownership of both pads in the settlement—worth a combined total of $55 million—in addition to a four percent stake in Amazon, valued at over $38 billion.

The proceeds from the real estate contribution will be divided up to create affordable housing grants and an immigrant integration program. CCF President & CEO Antonia Hernández said in a press statement that Scott’s “generosity will support organizations struggling to solve some of our community’s most intractable issues.” The LA nonprofit also received a generous $20 million from Scott to start the LA Arts Endowment Fund back in 2021.

However, that’s just a tiny fraction of the $2 billion she’s given away in the last seven months alone, which brings her giving total to over $14 billion in the past three years.