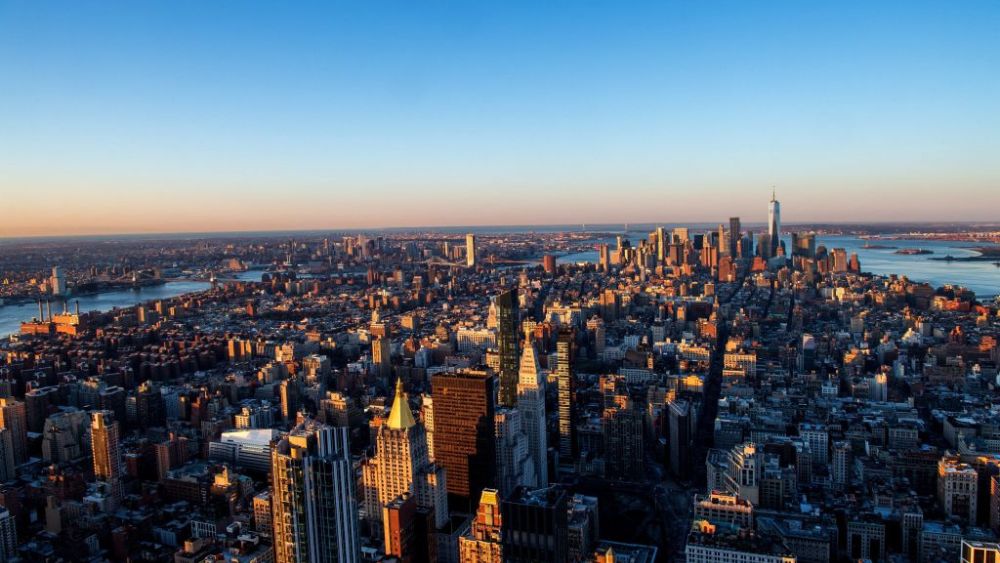 Manhattanites are officially dishing out more money than ever for their monthly rent.

Last month, the average monthly payout for an apartment on the island rose to $5,058, according to a new report by Miller Samuel Inc. and Douglas Elliman Real Estate. This staggering amount is a first for the Big Apple and a 29 percent increase year over year. The median rent price also went up 25 percent in June, amounting to $4,050 a month. Unfortunately, dealing with sky-high rents is a problem that brokers say city dwellers can expect to continue.

“There are no signs of a slowdown, at least not yet,” Jonathan Miller, CEO of Miller Samuel, told CNBC. Prices in NYC are climbing for several different reasons. For one, spikes in mortgage rates are forcing would-be homeowners to rethink their plans. Now, with more buyers pivoting to the rental market, monthly payments are soaring. “The market is already tight. This makes it tighter,” Miller said to CNN. Additionally, economic uncertainty and ongoing inflation rates are contributing to the record-setting rental prices, as the cost of living has increased 9.1 percent from a year ago.

In June, the average rental payment for an apartment in Manhattan hit a record price of $5,058  Getty

It’s also possible that Manhattan hasn’t even seen the worst of it. Miller stated that leasing activity in the area doesn’t peak until the end of summer. The seasonal surge means it’s safe to assume that figures from July and August will follow suit, considering average and median rents have risen every month for the past five months.

More recently in May 2022, the median rent in Manhattan made headlines when it reached $4,000 for the first time ever. This was a 25.2 percent jump from last year. In addition, the average rent for the month of May set another record at $4,975 a month.

So how long will it be until this overheated rental market finally cools down? Miller told Bloomberg that renters should expect more of a plateau than a decline.