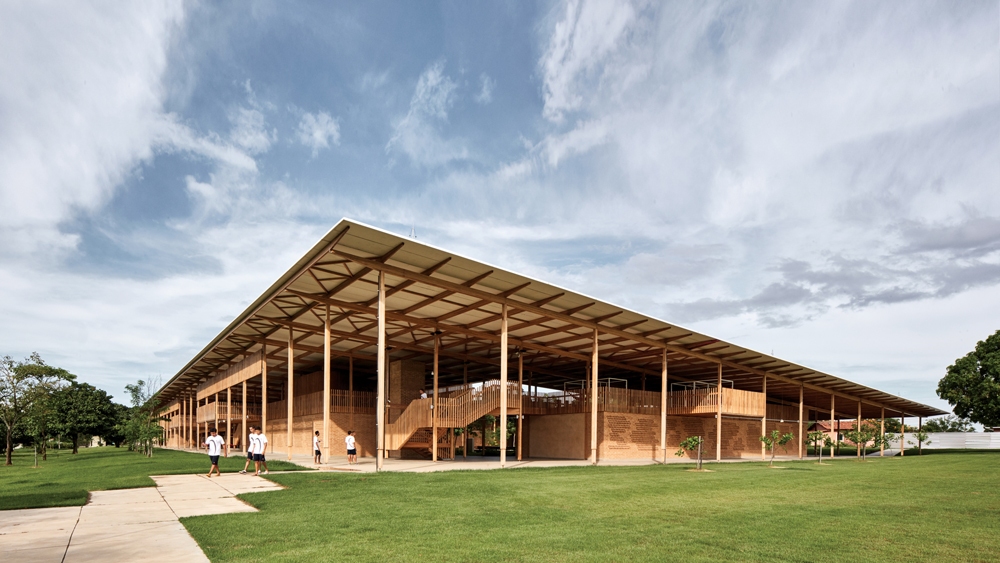 In architectural circles, the Royal Institute of British Architects (RIBA) is no less important than the Academy of Motion Picture Arts and Sciences is to the Hollywood set. After all, the Academy awards has the Oscars; RIBA has its prestigious RIBA International Prize, a biannual award that demonstrates international architectural excellence and ambition and delivers worthwhile social impact.

And in September, RIBA announced the four finalists for the prize’s shortlist. The list included a music school in Tokyo, a new university campus in Budapest, a school complex on the edge of the Amazon, and a green residential tower in Milan. This month, RIBA officially announced that the coveted prize has gone to Children Village, the school complex near the rainforest in northern Brazil designed by Brazilian architecture firms Aleph Zero and Rosenbaum.

Funded by the Bradesco Foundation (which provides education for children in rural parts of Brazil), the school provides boarding accommodations to 540 13- to 18-year-olds. Because many of the students have to travel for hours to reach the school, the architects sought to create an environment that served as a home away from home. Children Village is separated into two identical complexes, one for boys and one for girls. Each of the residences are anchored by large ground-level courtyards, and communal areas (including TV rooms, balconies, hammocks, and reading spaces) give students room to roam and play.

Described by the judges as “reinventing Brazilian vernacular,” the complex was fashioned from handmade blocks and a canopy roof that offers plenty of shading. The overhanging canopy design functions as a veranda and creates a well-shaded area that is comfortable even without air conditioning.

A grand jury chaired by architect Elizabeth Diller (one of TIME’s most influential people in 2018) chose the winner. Though the RIBA International Prize is highly coveted by architects around the world, it’s not the only architecture award worth keeping an eye on. Every year, the Pritzker Architecture Prize is awarded to an architect or architects who demonstrate a significant contribution to humanity and the built environment through architecture.