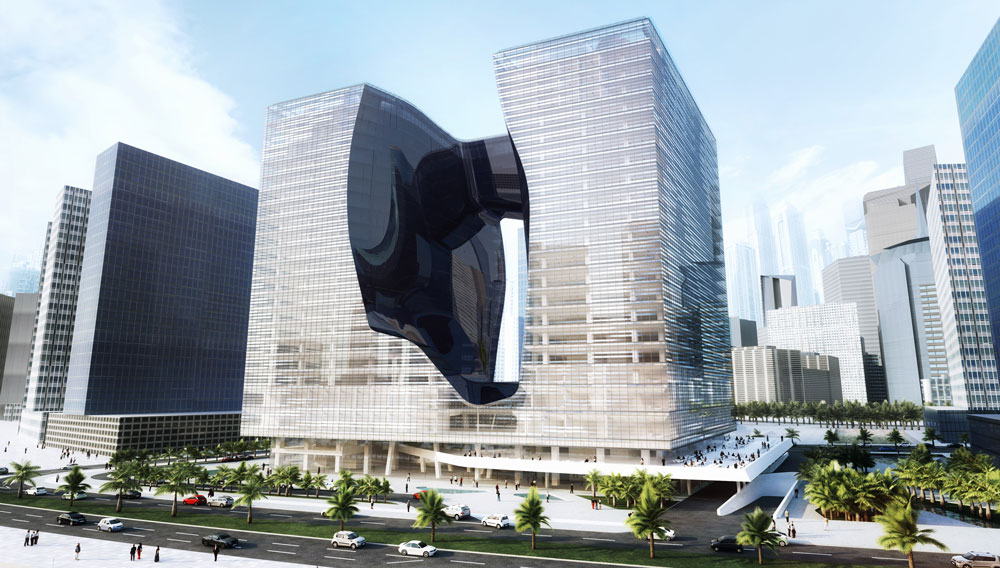 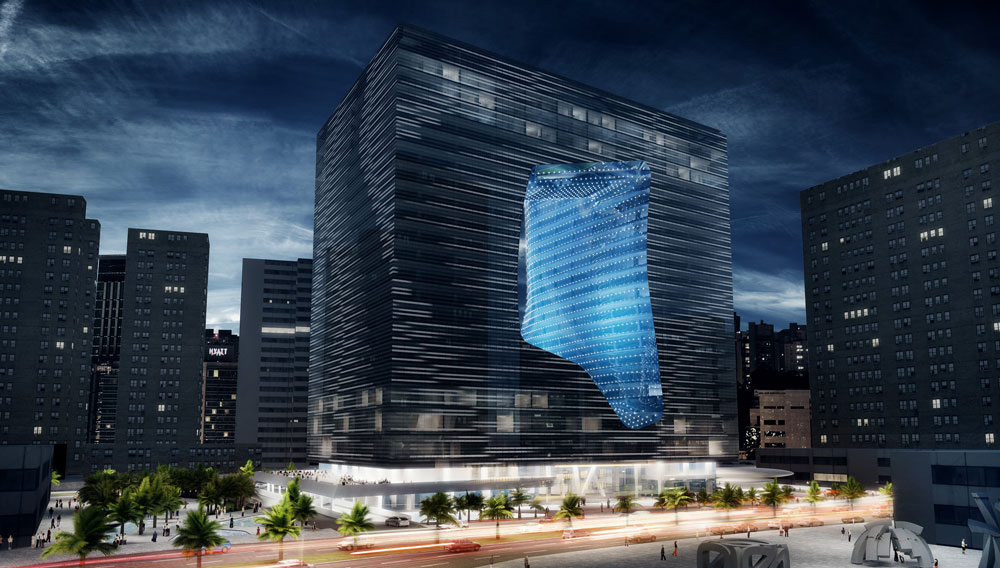 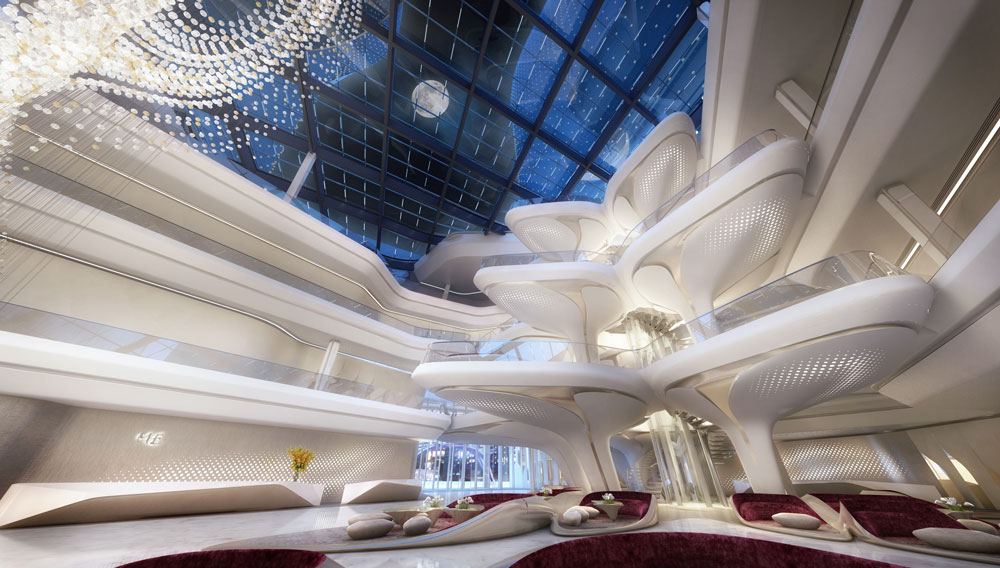 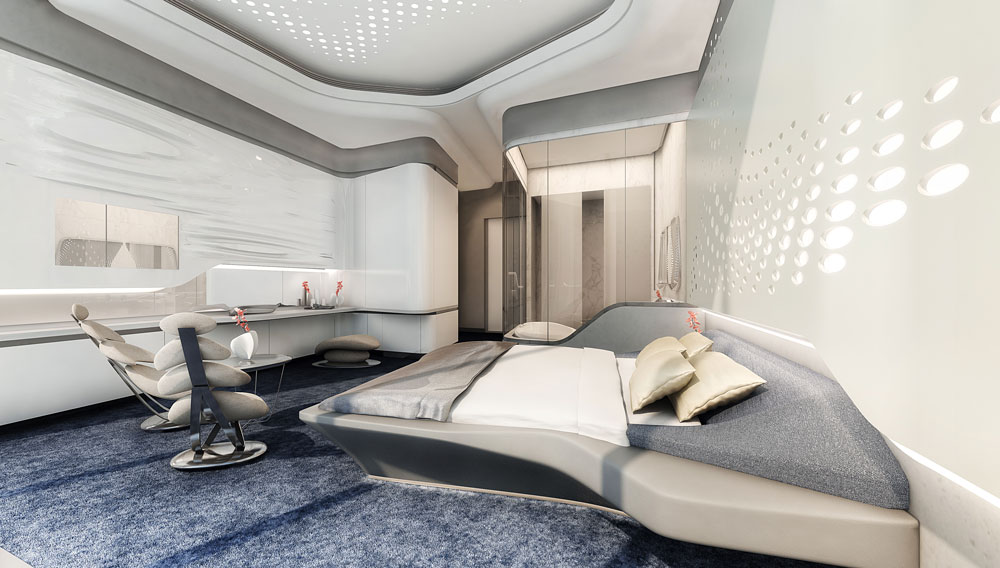 On the rise: The Opus, a multi-use development within Dubai’s Burj Khalifa district, was conceived in 2012 before Hadid’s passing in 2016. The under-construction project features Hadid’s bold curves, with an eight-story jagged void carved out of the cube-like tower.