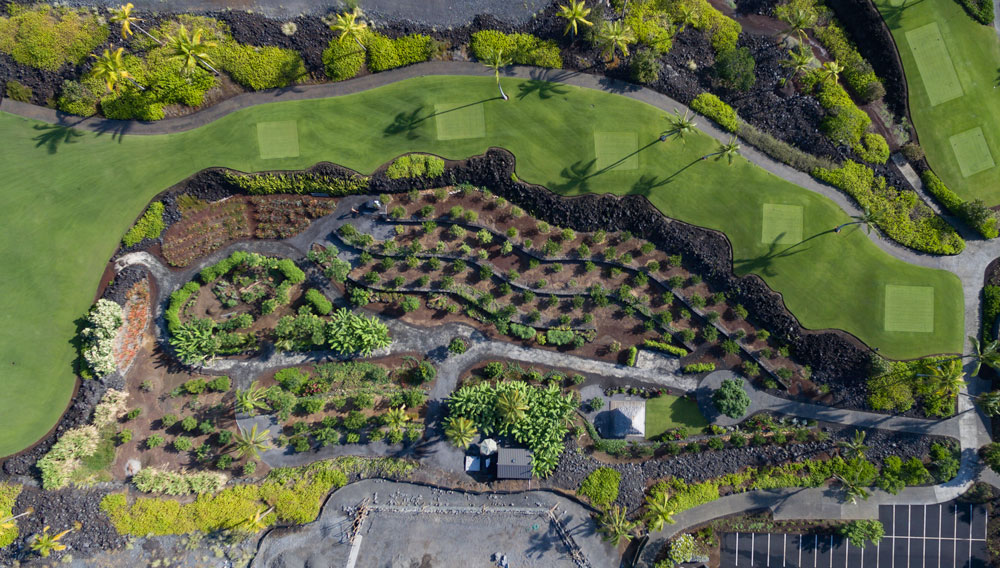 Forget the golf course; enter the organic kale. At luxury home developments around the world, gardens are popping up next to (or replacing) fairways.

It’s a sea change rippling throughout real estate communities both domestic and beyond as organic crops upstage the clubhouse for residential bragging rights. According to the Urban Land Institute, there are now more than 150 agrihoods (communities that integrate agriculture into residential neighborhoods) in the United States. And while the notion may harken to off-the-grid communal homesteading, the concept is also being adopted by luxury developers as a new way to deliver that most elusive real estate asset of all: a sense of community.

“People are looking for increasingly authentic experiences in new homes and neighborhoods,” says Brad Shuckhart, division president of Freehold Communities, which is developing Miralon, a Palm Springs agrihood where working olive tree groves will replace a golf course. “Farm-to-table connections—truly being able to eat off the land with their neighbors—are a compelling response to a world where so many of us are saturated with technology and isolated from each other.”

At Kohanaiki, an exclusive community set along 450 oceanfront acres on Hawaii’s Kona Coast, an onsite, biodynamic farm goes beyond your carrot-and-celery basics to provide more obscure offerings: Lilikoi fruit, lemon grass, and Surinam cherries are used by the property’s chef Patrick Heymann in dishes enjoyed by the community’s residents, who pay between $3 million to over $20 million for homes in the private club.

At Oceanside Farms, located along Ecuador’s Pacific Riviera in the town of Puerto Cayo, 13,000-square-foot residences that start in the low $3 millions include multiple terraces, six-person elevators, and private saltwater pools. They also come with harvesting privileges that give homeowners access to edible and medicinal plants, fruits, vegetables, and microgreens. The 25-acre community also includes dedicated zones for hydroponics, beekeeping, and a central greenhouse. “Dock-to-dish” events include locally caught fish.

There won’t be any vertical farming at Pendry Residences Natirar, however. Located within the rolling hills of New Jersey’s Somerset County where both Pendry Natirar hotel (located in the property’s original manor that will also be expanded) as well as new residences will debut in early 2020, the emphasis is on bringing a more pastoral sense of bygone farming to modern-day living. Set within a gated enclave, 4,000-square-foot Farm Villa Residences (priced between $1.4 million and $3 million) will provide exclusive access to a 12-acre working farm where residents can customize their commitment to working the land. “Owners at Pendry Residences Natirar will have an option to design their own family garden that will be tended to and managed by Natirar,” says owner and developer Bob Wojtowicz. “Owners can decide their own level of engagement . . . whether they are enjoying a brief weekend visit home from New York City or if they are planning a full family harvest season together.”

Pendry residents will have access to a 12-acre farm.  Photo Credit: Courtesy

At the $1 billion luxury residential and hotel resort One&Only Mandarina, children are factored into the agrihood equation as well. Situated on the Riviera Nayarit an hour north of Puerto Vallarta, the 600-acre community will feature 55 Rick Joy-designed, earth-hugging villas scattered along the coast and within the jungle. The four-, five- and eight-bedroom homes (priced between $4.65 million and $10.5 million) will have access to a certified organic farm as well as an outdoor dining room for farm-to-fork dinners.

A dedicated children’s farm will include chickens, pigs, goats, and cows in addition to an herb garden, nursery, and organic farm. Kids’ cooking classes are available, as are opportunities for them to learn how to care for animals. “Most people live in densely populated urban areas making it difficult for them to commune with nature,” says Ricardo Santa Cruz, developer partner of Mandarina. “Being able to have a home with all of the most demanding comforts while still being completely immersed in nature is truly the ultimate luxury.”