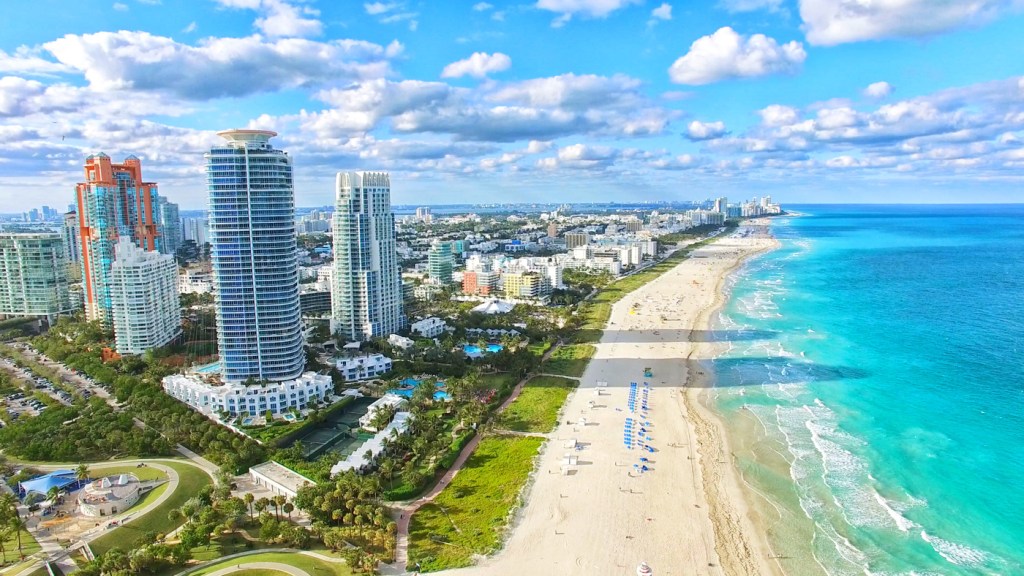 Location, location, location. The old adage about what matters most when purchasing property certainly holds true in balmy Miami, where condos offering water views often sell for twice as much as similar ones with city views. A recent report conducted by real estate expert Ross Milroy, who has worked with luxury condo buyers in Miami for nearly two decades, found that local buyers must generally pay a 38 to 101 percent premium for a view of the ocean out their front window.

“Property owners in South Florida are looking to immerse themselves in everything Miami has to offer,” Milroy says. “Buyers want to see the ocean, hear the water, feel the ocean breeze, and have a seamless experience of bringing the outdoors in and the indoors out.” Understandably, one of the best ways to do that is by buying a high-end condo that takes advantage of Miami’s oceanfront vistas and laid-back beach vibe.

Though less pronounced elsewhere, water views still cost a pretty penny in other parts of the city. At Ten Museum Park, condos with city views are listed for $759,000 while units with water views are priced at $1.1 million—a 49 percent difference.

So where should buyers look if they want to live by the water? Residential towers near Biscayne Bay and the Miami River offer optimal views. 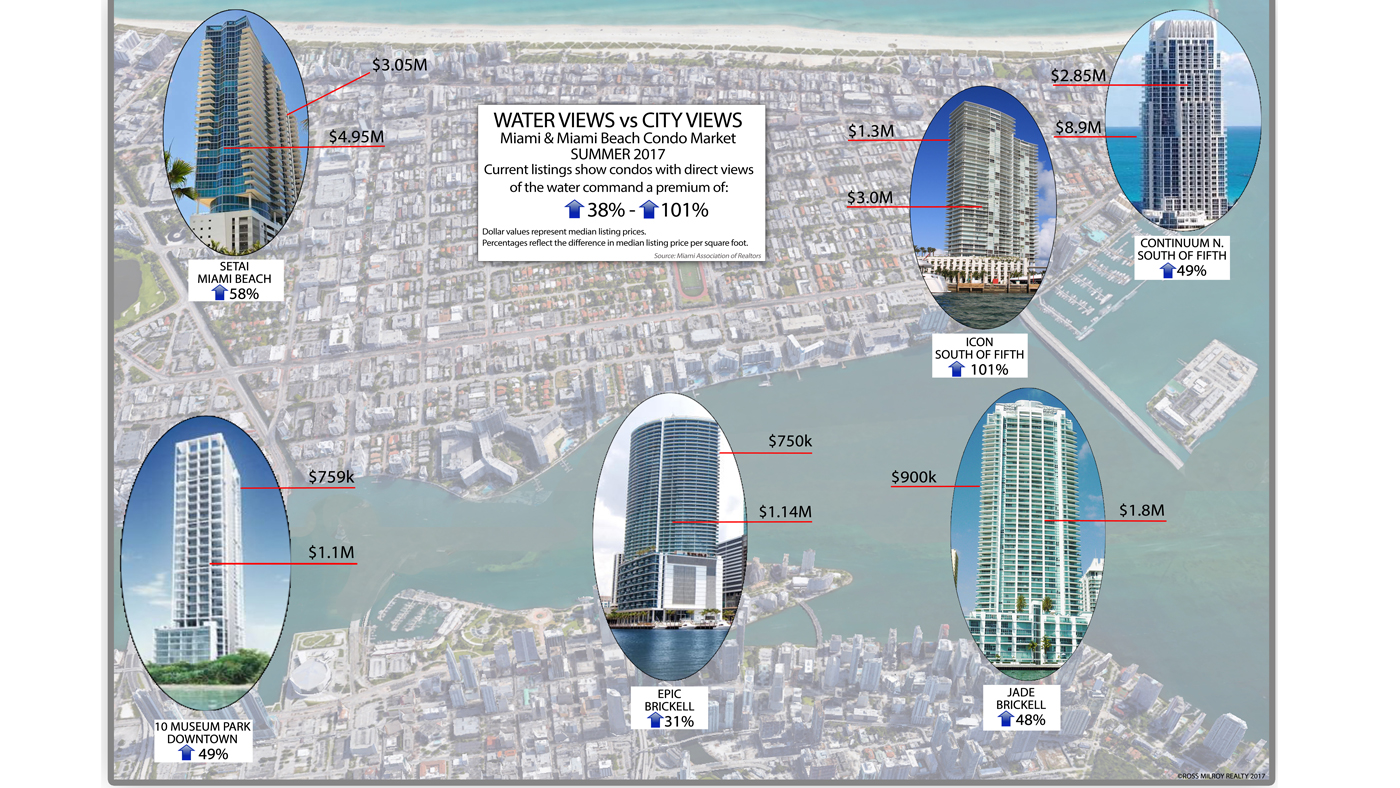