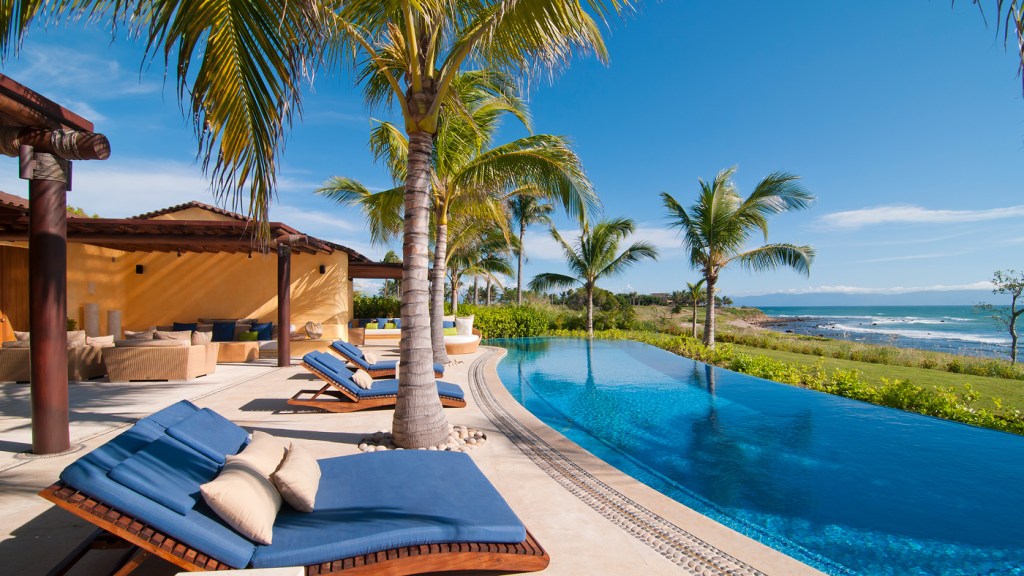 In Los Angeles, low inventory and homes with asking prices of upward of $100 million have created an interesting real estate landscape. While the city shows no signs of losing its appeal, the market does show signs of a much-needed leveling off.

“Last year really hit its peak. Everything was at the top of the market,” says realtor Josh Flagg, whose current listings in the city include several homes priced between $10 million and $20 million. “The interim prices have finally started to balance out as they should. We are not quite there yet, but things are correcting in a positive manner. At the rate we were going, homes would soon become unaffordable to everyone. For instance, a home that would have sold for $10 million may now sell for $9.5 million, which is a good thing. Inflation is fine, so long as home prices correlate with it.”

Flagg still sees 2018 as an incredible year for sales. An array of new inventory is cropping up, including a handful of trophy homes in the $30 million to $55 million range and a slew of new high-end condominium projects that will bring an entirely new kind of luxury to the city. “We’ve had very few luxury condo developments in the past that offer amenities and services like this, so it’s opening things up,” explains Flagg, who also notes that the new inventory will likely help prices correct.

Still, the best advice Flagg has for buyers is to stick to proven neighborhoods. “Buy in the best neighborhood you can,” he says, pointing to the Bird Streets, Beverly Hills, Bel Air, and Holmby Hills as surefire bets. “If you’re a seller, don’t spend money fixing up minor things. The value is always in the land, which appreciates. The house itself is a diminishing asset.”

While Los Angeles’ booming real estate market has always interested a range of both domestic and foreign buyers, other markets are garnering more attention for their value. In Texas, Dallas has had a broadening appeal. “What we see happening recently and expect to continue is more out-of-state buyers from California and New York moving into the area,” says realtor Faisal Halum with Sotheby’s International Realty. “It’s not just the large companies like Toyota that are moving here for the tax advantages but high-net-worth individuals who are relocating their small or midsize companies here.”

Halum notes that while $4 million could get a buyer a luxury home on an acre of land in a sought-after location, homes in the $5 million to $10 million range were a tougher sell—historically taking 2 to 3 years to find a buyer. “Starting with the end of 2017 though, we’re seeing that sector of the market move in about nine months.” According to Halum, there are plenty of homes on the market, but the challenge is finding a good lot in a desirable neighborhood. “People wanting multiple acres in prime locations like Preston Hollow should snap up the properties as soon as they see them,” he notes.

When it comes to looking for a good value in an emerging neighborhood such as Greenway Park, White Rock Lake, or Kessler Park, where properties are in the more affordable $450,000 to $1.2 million range, Halum recommends that buyers still work with an experienced agent. “Buyers should always be cautious of how a deal is getting done, even if it seems like a good deal. There are so many disruptors in our industry now with apps and tools that make it seem as if you can save on a commission fee, but you often end up paying later in mistakes. Experienced agents will be aware of unrecorded sales, and they’ll make sure you have a safe investment,” says Halum. “For sellers, I always caution them to get a pre-inspection and make sure the home is move-in ready.” Additionally, Halum says that dedicated home offices and the latest smart-home technology are some of the most sought-after current amenities.

Outside of the U.S., the perennial vacation-home market in Mexico has always catered to American buyers, but few regions have had as much attention or steady growth lately as Punta Mita. Located 45 minutes from the Puerto Vallarta airport, which has direct daily flights to many U.S. cities such as Chicago, Dallas, and Los Angeles, the beachfront community is home to St. Regis and Four Seasons hotels as well as a controlled offering of condos, villas, and homesites. “In 2016, we had $30 million in home sales and $45 million in sales in 2017,” says Brendan Wood, the sales director for Punta Mita Properties. “We expect more of the same for 2018, where our projected sales are for $55 million, and we’ve already hit half of that.”

Wood cites the community’s range in buying options as a key motivator for buyers, many of whom come to visit one of the hotels, fall in love with the area, and then see how accessible it is to own a condo there. “The best advice I can give a buyer is to look at how a development or region was master planned,” says Wood. “If you look at Punta Mita, it’s low density and high value, with only 850 potential owners over 1,500 acres. It’s also important for the vacation-home buyer to look at what is being offered aside from just the property. Buyers should look at the sense of community and culture they’re getting, as well.”