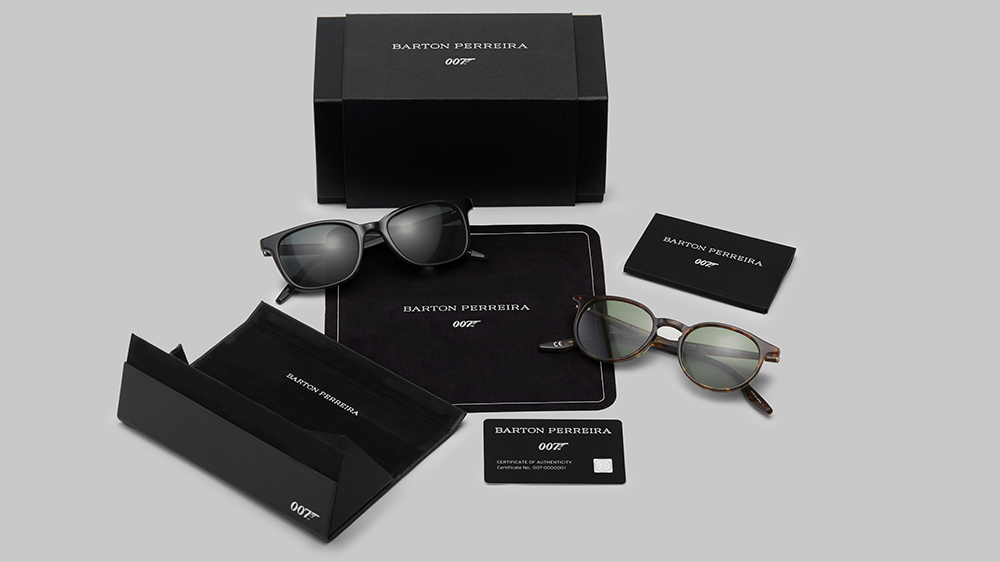 James Bond is about as quintessential a style icon as they come. Through several decades, a rotating cast of actors impersonating the famous spy with a license to kill and 24 previous films, he is established as a sartorial touchstone for men everywhere. On the verge of the franchise’s latest release––Daniel Craig’s anticipated swan song––No Time To Die, Barton Perreira has announced a formal partnership with the film’s production company for a capsule collection worn by 007 himself.

Consisting of three styles, the sunglasses were designed and manufactured by Barton Perreira’s expert team along with NTTD‘s costume designer, Suttirat Anne Larlarb. These frames are not only inspired by Bond’s signature urbane look, but they are also the exact models worn by Craig and the other principal actors throughout the movie.

Dubbed Joe, Norton and Courtier, each one is as timeless as you’d expect with minimal silhouettes sure to complement a wide variety of face shapes. Both the Joe (above) and Norton (below) frames come with a certificate of authenticity along with a branded 007 sunglasses case, cleaning cloth and carrying case, while the Coutier includes the same accouterment sans carrying case.

Larlarb, whose credits include modern classics like Slumdog Millionaire and Steve Jobs, knew that whatever the final results, the finished products had to be created within the context of Bond as a screen legend. “When thinking about how to dress James Bond in this latest film, I knew that everything about his look had to be instantly iconic and definitive,” said Larlarb in a statement. “We chose pieces that are going to withstand the test of time as a classic, while also very much being steps ahead of the current moment.”

Purchase your pair on the brand’s website, 007store.com and all authorized Barton Perreira retailers nationwide.