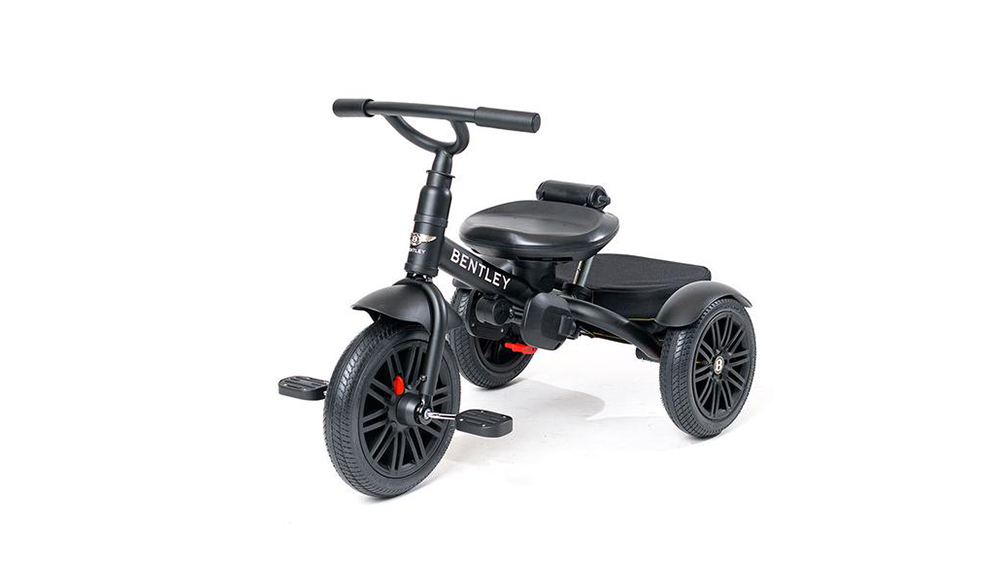 You’re never too young to become a Bentley loyalist. Case in point: the new Bentley tricycle which has been created for children who possess a proclivity for the finer things from, well, eight months.

Limited to just 570 models, the Centennial Bentley Stroller Trike was released in honor of the marque’s 100th birthday—clearly, after golf clubs and books they’re still not done celebrating—and the North American market is the first to have access to this exclusive model.

Described as a “stroller that grows with your child,” the clever six-in-one design transforms from a stroller with a protective canopy through to an edgy-looking trike when your child is ready to steer their own journey.

Inspired by the Continental GT, the trike boasts a matte black frame and rims with satin detailing and gold diamond-stitched seats which mimic the grand tourer. The replica wheels are made from rubber and, according to the makers, provide a “smooth ride unlike many competitors.”

Replete with the quality craftsmanship for which Bentley is renowned, the trike also features a cup holder and storage basket that attaches magnetically. Plus, it’s emblazoned with the world-famous badge to ensure there’s no doubt about who’s got the best set of wheels at the playground.

The trike is suitable for children ages eight months to four years and promises to help them develop coordination and balance. And it’s built to keep them safe while they grow up too: the model features a five-point harness, a safety guard, nonslip pedals and an optional parent control handle.

“With consultation from Bentley Motors UK, the designers produced a classic design that customers can enjoy alongside their children for years,” Deepak Raghavan, president of Posh Baby and Kids, said in a press release.

The limited-edition Bentley Trikes are officially licensed by Bentley Motors and imported into the US by Posh Baby and Kids. If your thigh-high dictator is demanding the coveted wheels, the trike can be purchased on the Bentley Trike website or via select retailers for $600 a pop.