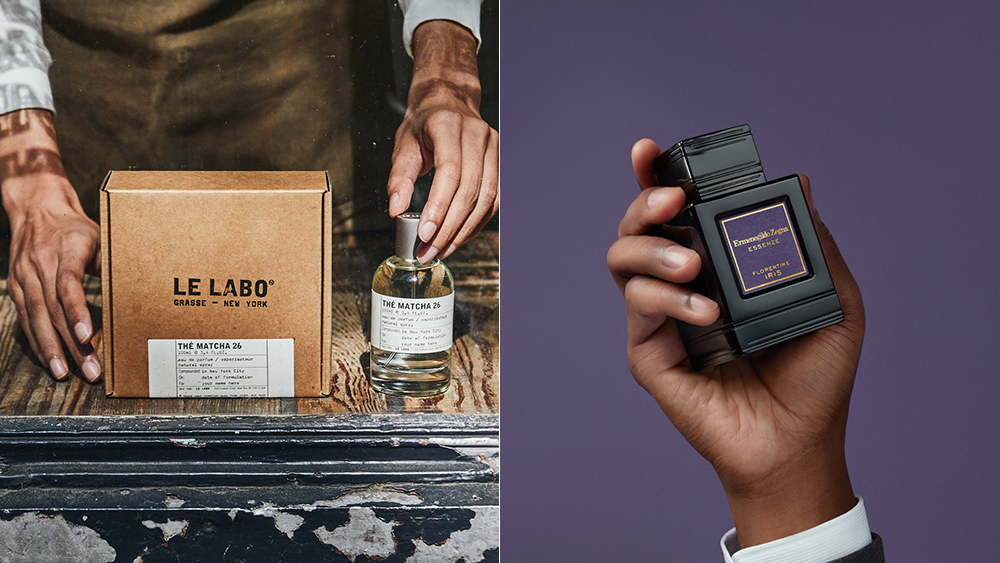 Just like the outfits you return to again and again, it’s worth having a signature scent. But you wouldn’t wear the same linen trousers you reach for in summer in the depths of winter. Accordingly, it’s wise to have fragrances that work at different times of the year. Think greens and florals for spring, for a rejuvenating sensation; aromatics, aquatics, and citruses match the free spirit of summer; and spices, woods, and musks help warm and stir the senses in winter.

As for autumn, the best fall fragrances for men are invigorating—almost academic in their arousal. They might summon gourmand notes (like almond or vanilla), or even present lighter versions of notes seen in summer or winter scents. They can be powdery, herbal, resinous or even floral. After all, fall can be confusing in both temperature and sentiment: of all the seasons, it can feel most like both a beginning and an end. That often means the notes you’ll find in fall fragrances sometimes don’t scream autumn. Even if they’re less obvious individually, when you encounter the full fragrance, its effect is one that wraps around the senses like a layered weekend outfit.

Below are our favorite new fall scents of this year, which you can be the first to claim and make your own. We’ve also included a few of our all-time favorite fall scents, which will never go out of style.

The Best New Fall Fragrances For 2021

Of 2021’s many debuts, Gucci’s A Gloaming Night garners the most attention. It commands compliments with a rapturous love triangle: cinnamon anchors the potion while patchouli and vetiver create the sturdy, long-lasting framework. It’s a power move to make this your signature scent, because it is impossible to ignore (and it wouldn’t polarize in warmer months despite those strong ingredients). For these same reasons, we suggest having it on hand for the moments you really want to be seen or heard. (And smelled, obviously.) It really is intoxicating.

This satisfying green tea recipe calmly caffeinates the senses on first encounter. Le Labo has constructed a fragrance that comforts like your favorite flannel shirt, enveloping you with notes of matcha, fig, cedar, bitter orange and vetiver. While other fragrances on this list demand attention from friends, colleagues and even strangers, Thé Matcha is more sage and patient. Its universal appeal is through the roof, especially since it leaves room for you to wear it, as opposed to the other way around.

The latest iteration of YSL’s much-loved signature scent, Y, is even better than the original (which is really saying something). It keeps Y’s prominent signature notes—apple, tonka, ginger, sage—and wears well year-round, especially from fall into spring. Its distinction builds from an absence of the original ambroxan notes, while intensifying geranium, cedar and lavender. It’s the mass-market pick of this roundup, but therein lies universal appeal, and one of the more accessible price points, too.

Evernia tethers earthy oakmoss to powdery orris root, wrapped in velvety cashmeran, sprawled on a bed of floral notes, dusted with pink pepper (did you follow all that?). On paper, it sounds like a spring scent, but on application, it has a warming sensation requisite for fall fragrances. Still, Ormonde Jayne made sure Evernia had some spring in its spritz; the effect is refreshing and clean, a perfect companion for an inviting and comforting personality—or the difference needed if you want to project that kind of cool, calm confidence.

While any of Aesop’s three “Othertopias” fragrances would suit autumnal wear, Miraceti packs a particularly invigorating trio of ambrette and labdanum (with their musk and resinous accords, respectively). The kicker is in black pepper, making this an excellent option from September to March. It’s a go-to for date night, one we prescribed to the passionate playboy. But don’t sell it short. You could sport this without wanting to cast any sex appeal: It’s as smart as it is arousing.

ÉL is the life of any party, a highlights reel of all the best fall notes (as seen in the above roundup of 2021 newbies): cinnamon, geranium oakmoss, and vetiver build a sensual, playful backstory. Rosemary keeps things light while, on the other end of the spectrum, castoreum creates a carnal cast. It is designed to be the male counterpart to an equally revelrous ELLA, an ideal counterpart if you already have your +1 for life.

Pegasus is powdery gourmand gold, built around vanilla, heliotrope flower and almond. Its secondary notes are no less savory: fresh jasmine and lavender, with brooding amber and sandalwood. Those encountering this scent will confront their inner child: They’ll surrender to simpler, youthful days, where a single dessert could fix any bad mood. It’s comforting without polarizing, a rarity among vanilla-forward scents.

Powdery iris and violet team with musk to give Zegna’s EDP a hazy, spellbinding effect from right out the gate and all the way to its finish. While many scents dance all around the olfactive spectrum, this one knows exactly what it is: A sophisticated, smarter side of a strong, masculine-presenting man. Its haze softens his edges, revealing the layers underneath. Clark Kent has his suit and spectacles, and you’ve got Florentine Iris.