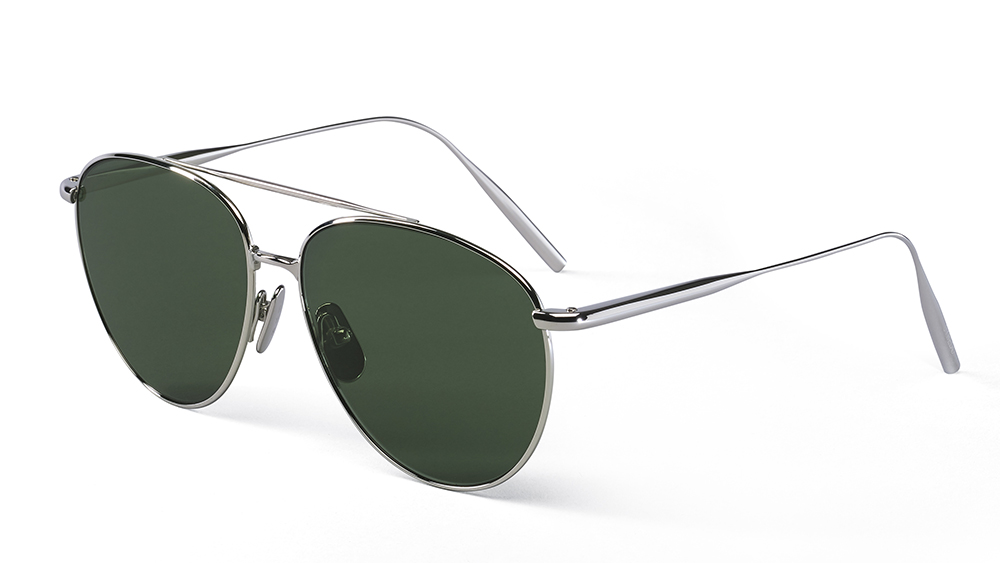 There was a time, not long ago, when you could call Byredo a fragrance house. After all, the Stockholm-based company was founded as (and made famous by) its offering of unisex and luxurious fragrances that differ wildly and delightfully from the norm. But in the past year or so, the firm and its founder Ben Gorham have debuted everything from leather goods to clothing and sneakers to a multi-partner collaboration designed to provide shoppers with everything they’d need on a camping trip.

This week, Byredo will begin selling frames from its newest line, Solaires. For Gorham, who once collaborated with the famed eyewear brand Oliver Peoples, it’s a natural next step—and an attempt to make sunglasses at an extremely high standard.

“I approached it with like, well, what’s the highest, absolute highest quality that you can make?” Gorham said in a recent interview, adding that his research led the Byredo team to a combination of Japanese titanium frames and mineral glass lenses. “The ambition was … to create a choice in this category that wasn’t disposable by nature, which eyewear somewhat has become. I really wanted to almost approach it like jewelry, so you can actually get your eyewear polished and adjusted in our retail stores.”

That approach also means these glasses won’t be massed produced, though we can imagine they’ll appeal to a wide group of people. The collection includes three styles—the Bohemian, the Engineer and the Certified Pilot—each of which is named as much for its shape as it is for the kind of sentiment it might generate when you put it on.

“I almost imagined how children, when they put on sunglasses, how they could feel like a pilot, or you put on the Bohemian and you feel like an activist,” he said. “I wanted the names to have a character, too. And I wanted people to think about that, how it made them feel when they put these on. And I think the names help, as they do with fragrance. “

Right now, Gorham is wearing the Engineer, but he says he can see himself wearing the Certified Pilot in the long term. They’re not unlike the vintage Ray-Bans he used to buy in obscure eyewear shops in LA—but at $550 a pair, they’re made to last a whole lot longer.