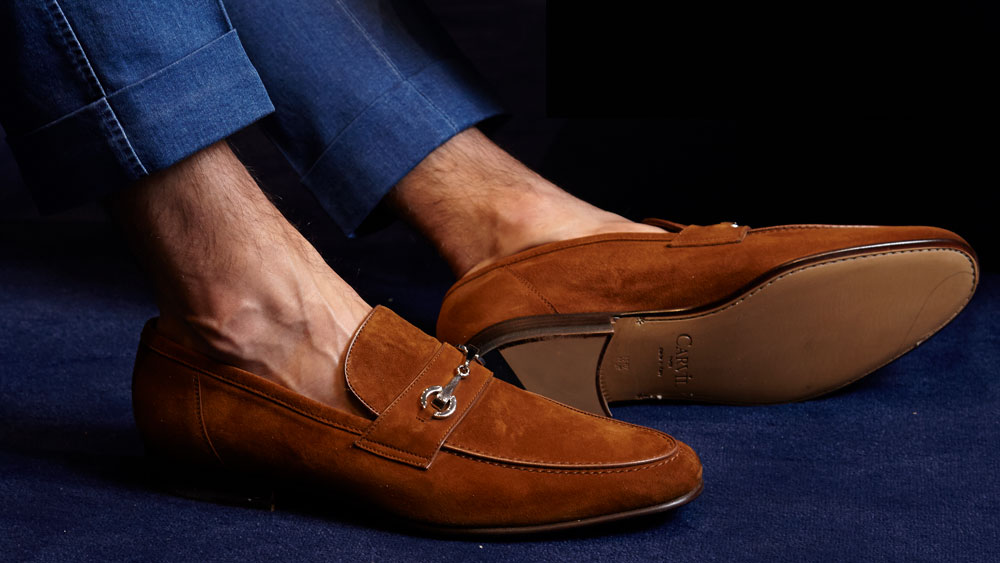 Cary Grant, Alain Delon, Bob Dylan—aside from all being men of legendary style, they were all loyal fans of the Parisian shoemaker Carvil. Founded in 1952, Carvil was the footwear of choice for silverscreen heartthrobs, French New Wave scenesters, and 60’s rock stars. After flying under the radar for the last couple decades, the brand is making a comeback: And all of the sleek, dandyish shoes that first made Carvil a runaway hit are still as chic as ever.

Now designed by Frank Charriaut—a veteran accessories designer and Chanel-alum—the tightly edited range features timeless silhouettes, that are faithful to the brand’s storied heritage. Carvil’s first loafer, the Triomphe, was made iconic by Delon’s Tom Ripley in Plein Soleil, the French-language precursor to The Talented Mr. Ripley. The brand still makes the classic style ($600), which is available in both polished calfskin and suede in neutral shades of brown, Bordeaux, and black, and comes complete with tassels and an elegant almond toe. The Dylan ($710), a slightly slouchy Chelsea boot named after Bob Dylan, offers a more laid-back, androgynous option, and has met its contemporary match in rock n’ roll style stars like French fashion journalist Olivier Zahm and Lou Doillon.

The brand’s other emblematic models include elegant velvet evening slippers (from $570) as well as natty color-blocked double monk straps and cap-toe oxfords (roughly $675). Almost all of Carvil’s shoes are made in Italy using a Blake stitch, rather than the more common Goodyear construction, which lends the shoes a lighter, more streamlined silhouette.

Carvil’s flagship store, on Rue Pierre Charron in the heart of Paris’s golden triangle, still stands in its original location. Today, it caterers to a modern generation of neo-dandies with newly refurbished (and Instagram-ready) interiors: Think black lacquer and crocodile that mingle with sober grey walls and eccentric leopard print screens. As part of the brand’s reawakening, they’ve made their first foray into the US market, partnering with the perennially hip boutique Opening Ceremony. But we don’t expect it to be long before Carvil starts popping up in more stores, and on the feet of discerning men, across the country.